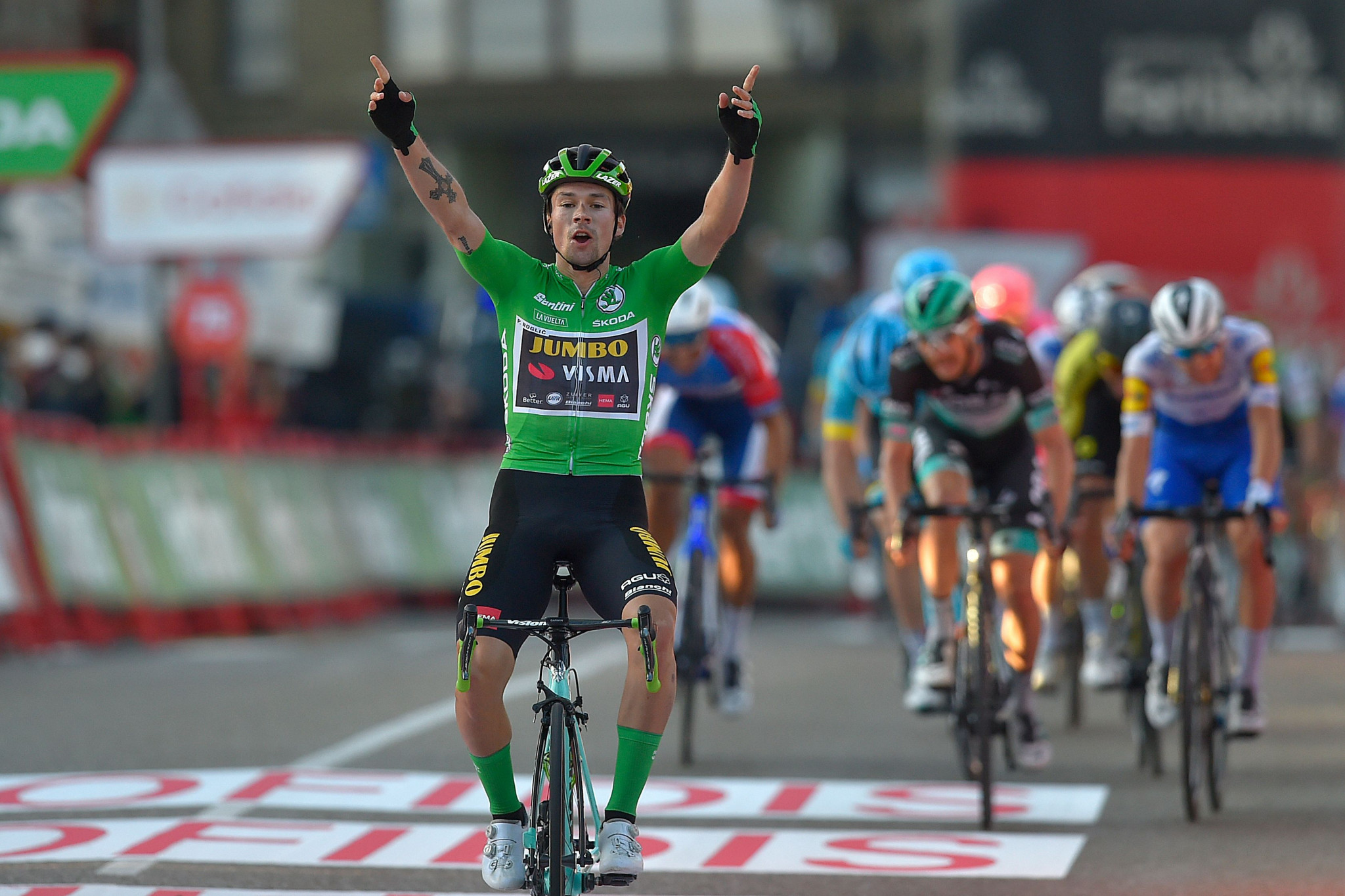 Slovenia’s Primož Roglič won an uphill sprint finish on stage 10 of the Vuelta a España to move into the race lead, level on time with Richard Carapaz of Ecuador.

The move built a lead of over 12 minutes with 44 kilometres gone, but the gap slowly reduced through the stage.

Their effort came to an end with 17 kilometres to the finish.

South Africa’s Willie Smit attempted an attack as the race approached 10 kilometres to go, followed by a counter-attack from France’s Rémi Cavagna and Portugal’s Ivo Oliveira.

Their efforts ultimately proved fruitless, with Roglič attacking from the bunch on the uphill finish to sprint to victory in a time of 4 hours, 14min and 11sec.

Austria’s Felix Grossschartner and Italy’s Andrea Bagioli completed the top three on the same time as the winner.

Roglič was able to remove his 13-second deficit, with the Team Jumbo-Visma rider now securing the race leader’s red jersey on the basis of his higher placings in previous stages.

"It’s never easy but I had the legs and this is really nice.

"I’m one year older [after turning 31 years old on Thursday] so I’m stronger.

"I’m back in red, it doesn’t really change things for my team.

"We need to keep the momentum going.

"We have a weekend in the mountains, it will be fun to watch and we’ll do our best."

Defending champion Roglič and Carapaz will expect to go head-to-head during the two upcoming mountain stages, prior to the second rest day on Monday (November 2).