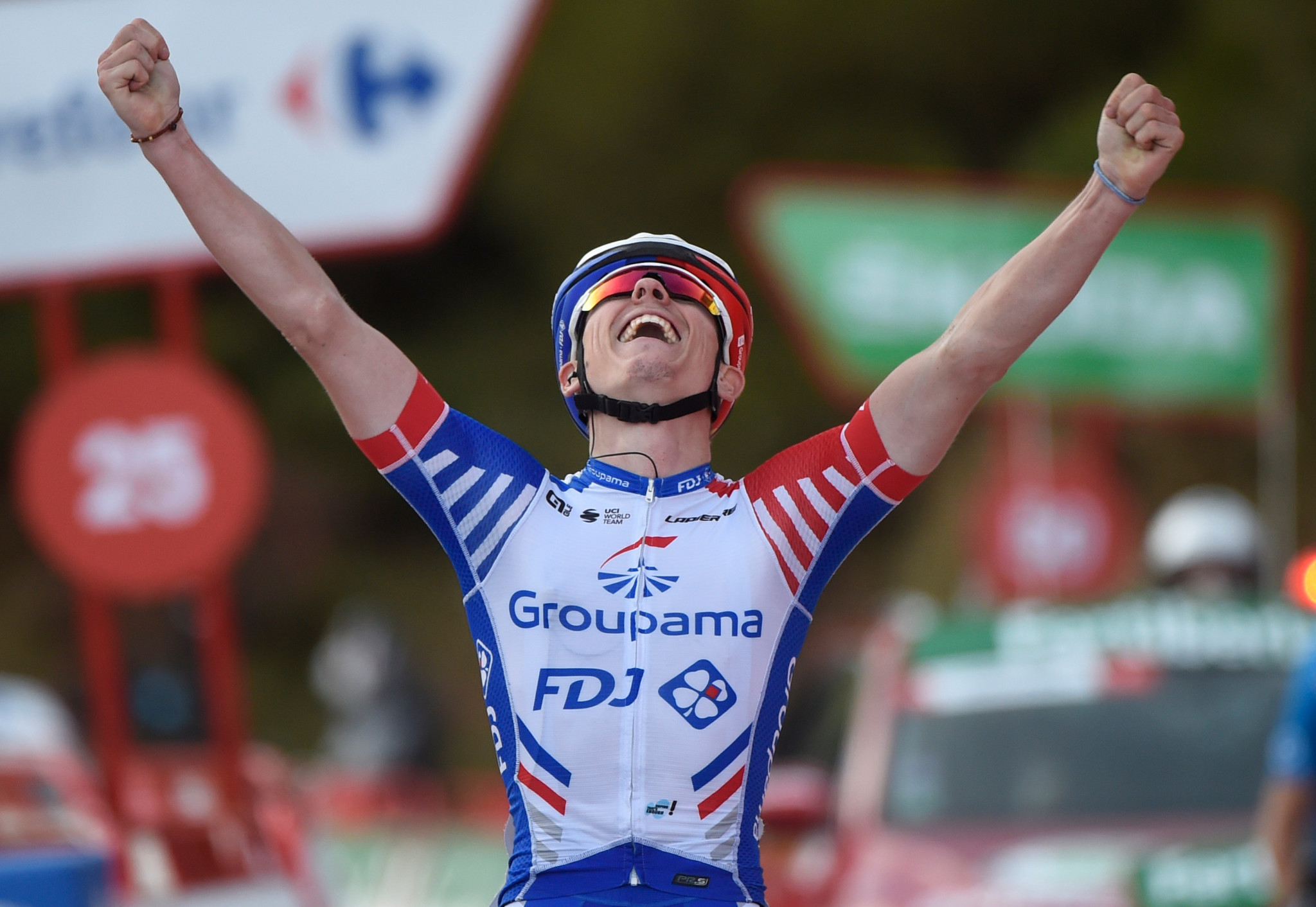 France’s David Gaudu earned victory on a gruelling stage 11 of the Vuelta a España as Primož Roglič and Richard Carapaz remain locked on the same time at the top of the general classification.

The protest stemmed from a disagreement some riders had with a change to the time gap rules on stage 10.

International Cycling Union rules state that on stages expected to finish in a bunch sprint, time gaps are counted if there is a gap of three seconds or more between groups.

Yesterday's stage, which concluded with a 1.5 kilometre, 5.9 per cent gradient climb, was initially given the three-second cut-off.

This was later changed to a one-second gap typically found on mountain-top finishes.

The change saw stage winner Roglič secure a three-second gap to his rivals, which moved the Slovenian rider into the race leader’s red jersey, ahead of Ecuador’s Carapaz.

Martin featured in the breakaway groups which emerged on the stage, which included several tough climbs in Asturias.

The Frenchman formed part of the final group on the stage, alongside Gaudu, Spain’s Marc Soler, Britain’s Mark Donovan and Austria’s Michael Storer.

Gaudu and Soler attacked in the final five kilometres of the stage as they battled it out for the stage win.

The Frenchman got the better of his rival, sprinting clear in the final metres to earn victory in a time of 4 hours 54min and 13sec.

"To win here, at the summit, it’s amazing," Gaudu said.

"I knew I’m explosive and I’m a very strong rider for this type of finish.

"When Marc Soler attacked with 500m to go, I saw the headwind forced him to quickly sit down again.

"I waited for the last 150m and I decided to give my all.

"I saw he was dropped with 75m and it was pure bliss."

Soler finished four seconds behind the stage winner, with the Movistar rider rising up the general classification standings to lie sixth after crossing nearly one minute clear of the overall contenders.

Roglič and Carapaz finished in a group 1:03 seconds behind Gaudu, along with Ireland’s Dan Martin.

Defending champion Roglič and Carapaz remain at the top of the standings on the same time, although the former currently wears the race leader’s red jersey.