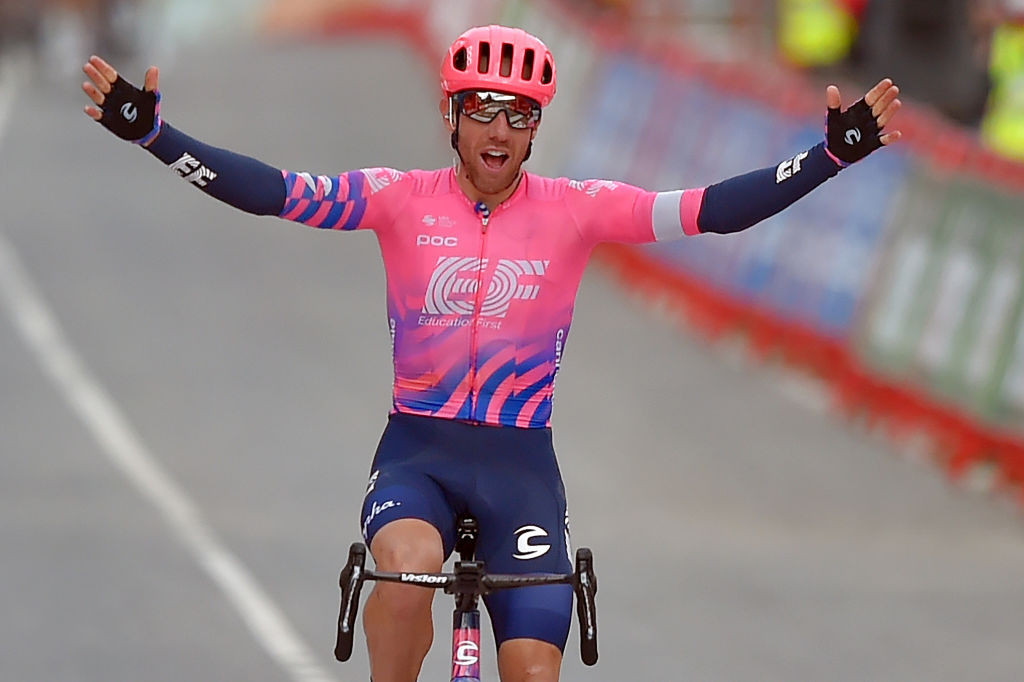 Canadian Michael Woods of EF Pro Cycling won stage seven of the Vuelta a España after coming out on top of a five-rider breakaway, while Ecuador's Richard Carapaz of Ineos Grenadiers continues to hold the overall lead.

At the end of a 159-kilometre route from the capital city of the Basque Country, Vitoria-Gasteiz, to Villanueva de Valdegovia, Woods beat Spaniards Omar Fraile of Astana and Alejandro Valverde of Movistar to the line.

Woods made his final push with a little more than 1.5km to go, finishing four seconds ahead of the Spaniards.

It is his second stage win at the Vuelta, having also won one in 2018.

"I got away with those four guys, they were riding super strong, and I felt bad that I couldn't pull through," said Woods.

"With Valverde in the group I just couldn't pull through because we had [Woods' team mate] Hugh Carthy in the peloton and I just couldn't give him any more time in the general classification.

"I pencilled in a bit, initially I was supposed to be with Hugh and not in the break, but the race just got so crazy the group got so big, I had to go across to make sure that we had numbers in it.

"It paid off great for me."

The peloton crossed the line 56 seconds behind Woods on what was a quiet stage for the general classification contenders.

Carapaz maintained his overall lead over Britain's Carthy by 18 seconds, with Ireland's Dan Martin 20 seconds behind and Slovenia's Primož Roglič sitting 30 seconds adrift of the lead.

All were given the same time for stage seven, following yesterday's rest day.

One of the biggest winners besides Woods was Valverde, whois now up to ninth in the general classification, 2min 3sec behind Carapaz.

Tomorrow's 164km stage, from Logroño to Moncalvillo, ends in a steep climb.