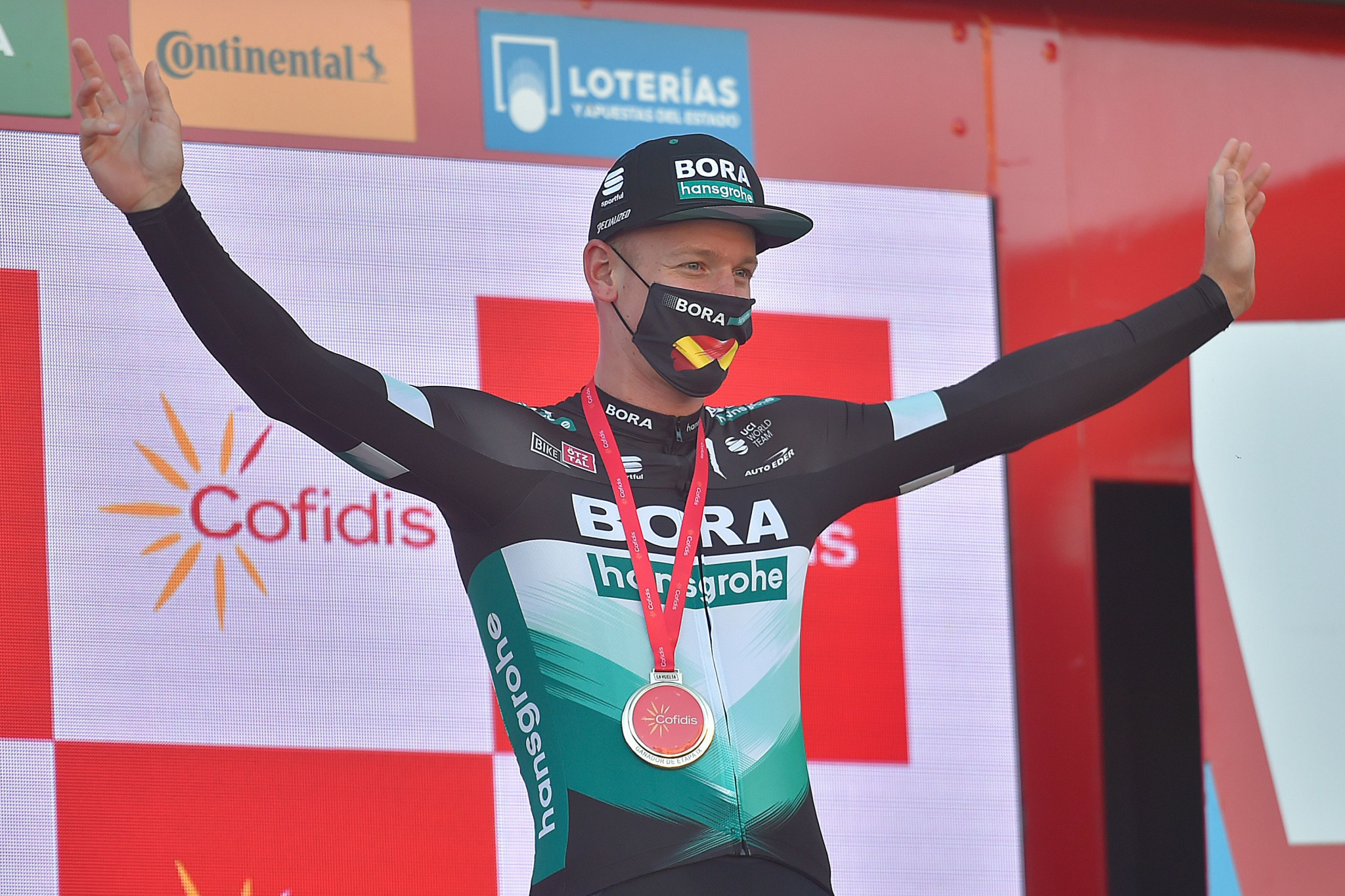 Germany’s Pascal Ackermann earned his maiden Vuelta a España stage win after Ireland’s Sam Bennett was relegated by officials for an irregular sprint.

Bennett had appeared to have earned his second victory of this year’s race, after producing the fastest finish at the conclusion of the day’s 157-kilometre route from Castrillo del Val to Aguilar de Campoo.

The Deceuninck-Quick Step rider had edged ahead of Ackermann and Belgium’s Gerben Thijssen with a late burst of speed.

It would have marked a fourth Grand Tour stage win of the season for Bennett, who earned two stages on route to winning the sprinter’s green jersey at the Tour de France.

Race commissaires, however, relegated Bennett after video footage showed the sprinter twice using his shoulder to barge Latvia’s Emils Liepins prior to the finish.

“I didn’t expect to win because Sam [Bennett] was ahead but when I saw the video, it wasn’t a fair action from him," Ackermann said.

“After all the crashes of the last weeks, we have to take care of the other guys.

"If there is no hole, we have to stop.

"I feel sorry for Sam but I totally understand we have to ride in a more fair way.

"I’m really happy about this victory.

"My team did an amazing job today and I’m happy to give something back.

"Last time, we paid too much attention to Quick Step so this time we did our own thing and I’m really really happy we did it.

"I was really disappointed last time, we had so much bad luck in the last weeks and now we make it."

Richard Carapaz remains in the race lead after the Ecuadorian rider finished safely in the peloton.

The Ineos Grenadiers rider leads by 13 seconds from Slovenia’s Primož Roglič, with Ireland’s Dan Martin third at 28 seconds down.

Tomorrow will see a 185km flat stage from Castro Urdiales to Suances.

The Vuelta a España only features 18 stages this year due to the coronavirus pandemic, with the opening three stages in the Netherlands having been cancelled.