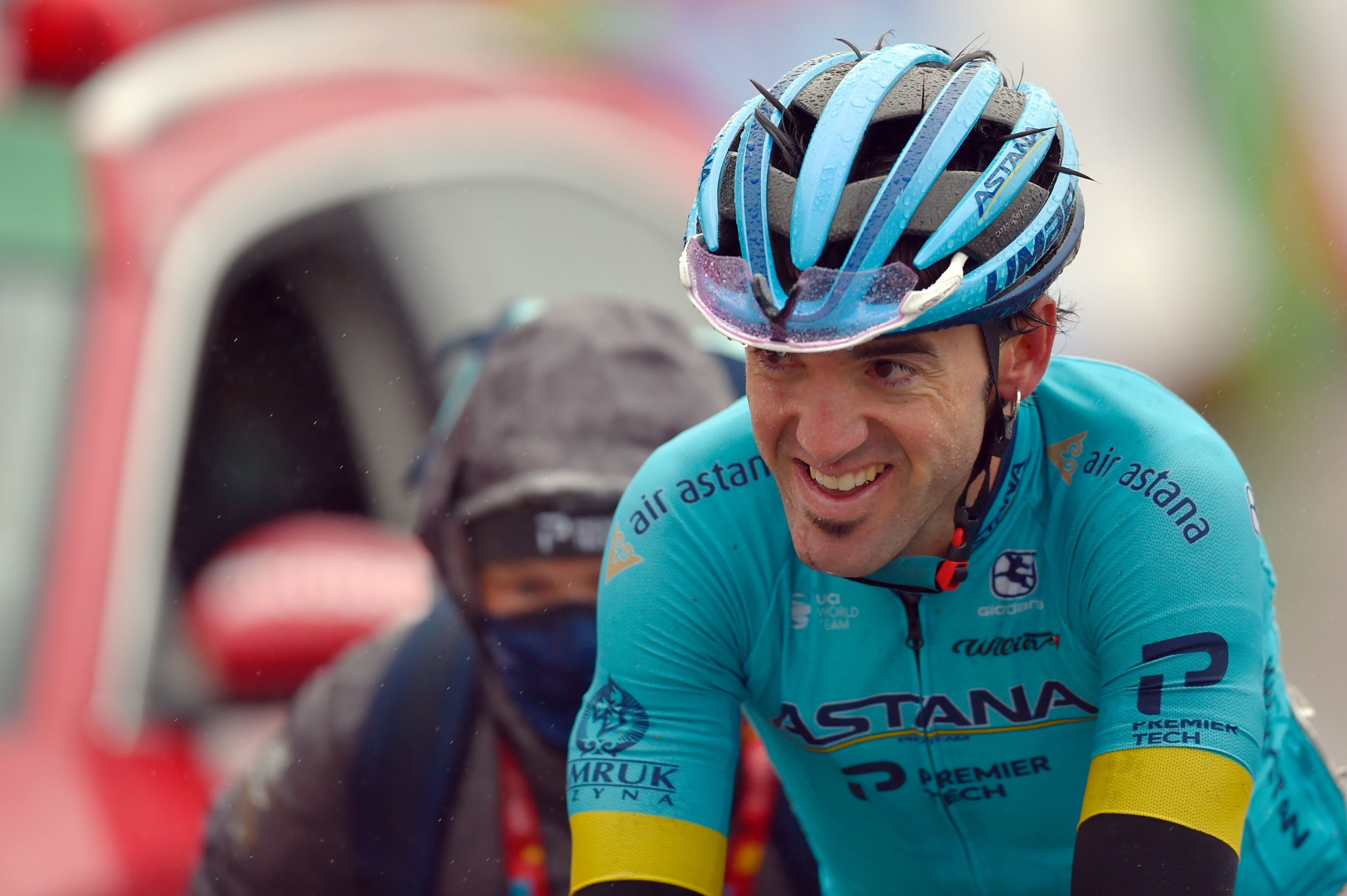 Spaniard Ion Izagirre won stage six of the Vuelta a España, breaking clear on the final climb, while Richard Carapaz is the new overall leader of the race.

On the mountainous 146-kilometre route from Biescas to Aramón Formigal, Izagirre succeeded where brother and Astana Pro Team team mate Gorka had failed, making an attack stick to win by 25 seconds.

Izagirre made his move with 3km to go, bursting clear of a group of 11 after his brother had been caught after staging his own attack.

While the cold conditions and rain could have dampened many spirits, Izagirre had the sun shining on him as he crossed the line.

The victory means Izagirre has now won stages at all three Grand Tours.

"Today was a very difficult day due to the weather we had," Izagirre said.

"We knew it but we also knew that tomorrow was a rest and today we could go all out.

"It was a very large breakaway, we had teams with three riders.

"In the end Gorka went on the attack and took a few seconds.

"I had the strength to go at the end and thanks to Gorka, who was able to guide me a bit and keep me calm.

"You never know, there were only three kilometres to go but they were the hardest.

"The stage was very hard due to the weather - I saw a bit of uncertainty and decided to give it my all to the finish."

Further back, the lead of the general classification changed as Ineos Grenadiers rider Carapaz took over from Jumbo-Visma's Primož Roglič.

Roglič of Slovenia, runner-up at the Tour de France, struggled late on and crossed the line 1min 38sec behind the winner.

Ecuadorian Carapaz finished 43sec ahead of Roglič - good enough to claim the overall lead - while Britain's Hugh Carthy, riding for EF, was a further seven ahead of Carapaz.

That leaves Carthy second in the general classification, eight back from Carapaz.

Ireland's Dan Martin is third, 20 off the lead and 10 up on fourth-placed Roglič.

Tomorrow will be the first rest day of this year's race, before riders return in the Basque Country on October 27.

Today's stage was originally due to cross the border into France, but organisers had to adapt it after a French public health state of emergency was declared.