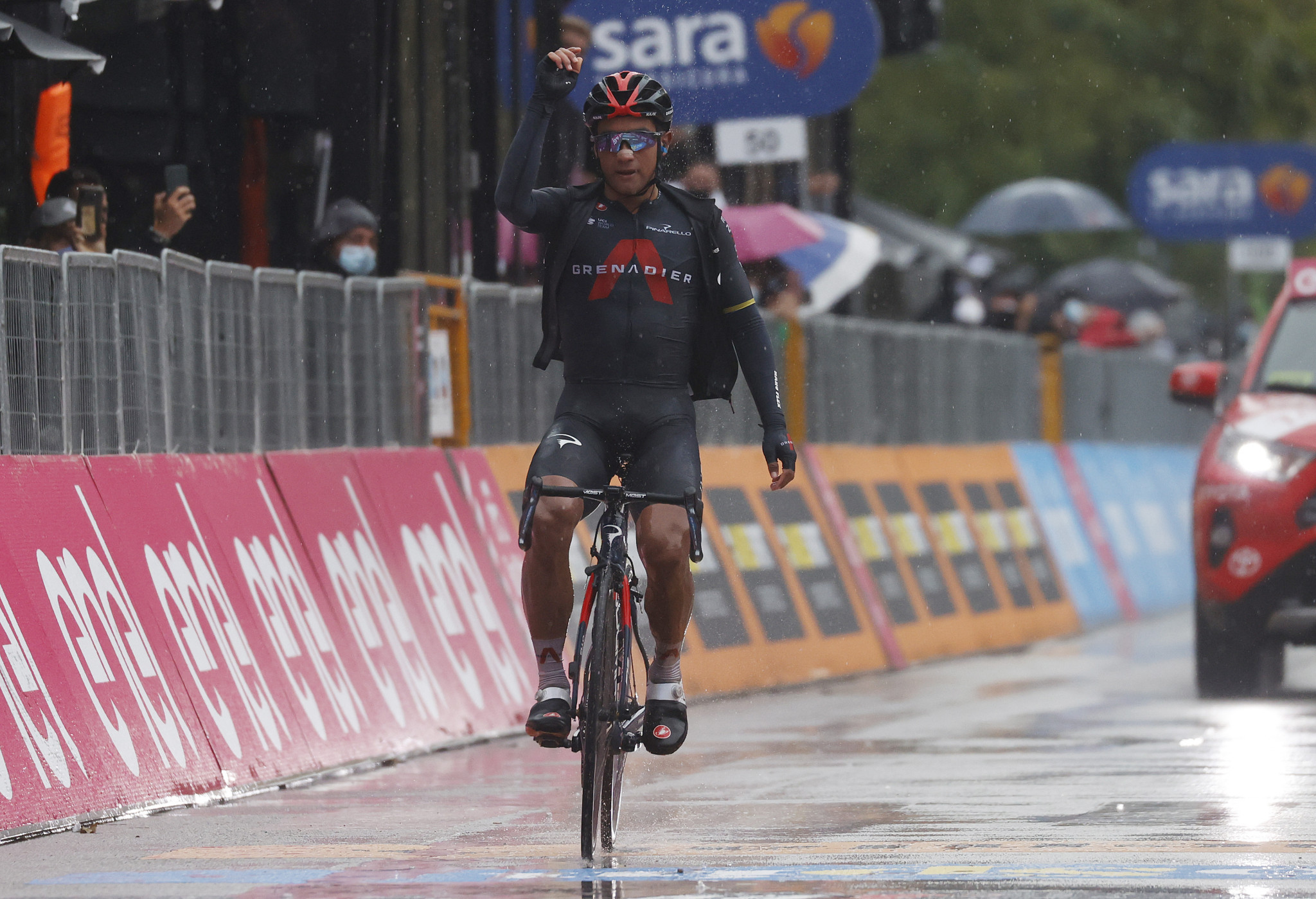 Ecuador’s Jhonatan Narváez triumphed from the breakaway on stage 12 of the Giro d’Italia, as the International Cycling Union (UCI) reportedly turned down a request from EF Pro Cycling to stop the race on the second rest day.

According to Eurosport, EF Pro Cycling requested the UCI stop the race on Monday (October 19) due to a “clearly compromised bubble”.

The request came two days after Mitchelton-Scott and Jumbo-Visma withdrew from the race after positive tests.

“It must be expected that further illness will result” from the positive tests so far, and that “it would be better for the Giro and the UCI World Tour…(if) this be done in a systematic, holistic way versus a chaotic withdrawal on a team by team basis,” the letter reportedly read.

EF Pro Cycling also suggested "at least two systematic COVID tests before that rest day and an earlier close to the race if additional tests return positive prior to the rest day."

The UCI turned down the request, with the governing body’s President David Lappartient highlighting the continued efforts of all involved in the race to make it as safe as possible.

General screening of the teams is taking place today and tomorrow, prior to teams being tested on the second rest day.

“With these measures, we trust in everyone’s cooperation in the common goal of continuing our sport in the safest possible conditions,” the UCI said, according to Eurosport.

“The outcome of these measures will be closely monitored throughout the continuation of the event and for any additional measures."

EF Pro Cycling has said it will leave the Giro if they return one positive test.

To give this some color: We aren’t threatening to leave. Just making a suggestion that we feel is correct given the situation. We’d rather race all the way to finish in Milan. And if the next round of tests show it’s safe to do that; we will. https://t.co/9fhOFstdQe

“Just making a suggestion that we feel is correct given the situation.

“We’d rather race all the way to finish in Milan and if the next round of tests show it’s safe to do that; we will.”

The electric bike race precedes the arrival of the Giro every day.

Giro d’Italia organisers say the organisation, logistics, hotels, timetables and starting locations are completely separate from the race itself.

The Giro d’Italia itself continued on the road, with Narváez winning stage 12 after being part of a 14-rider breakaway on the 204-kilometre route which began and ended in Cesenatico.

Narváez broke clear on the climbs during the wet stage, but saw Ukraine’s Mark Padun close the gap to under 10 seconds with 22 kilometres to go.

Padun was forced to change his bike prior to catching Narváez, which enabled the Ineos Grenadiers' rider to extend his lead and take the stage win in a time of 5 hours, 31min and 24sec.

Portugal’s João Almeida negotiated another day in the race leader’s pink jersey, with the Deceuninck-Quickstep rider maintaining his 34 second advantage over The Netherlands’ Wilco Kelderman.

Spain’s Pello Bilbao is third at 43 seconds down.

Tomorrow will see the riders face a hilly 192km route from Cervia to Monselice, one of three stages before a potentially crucial rest day.