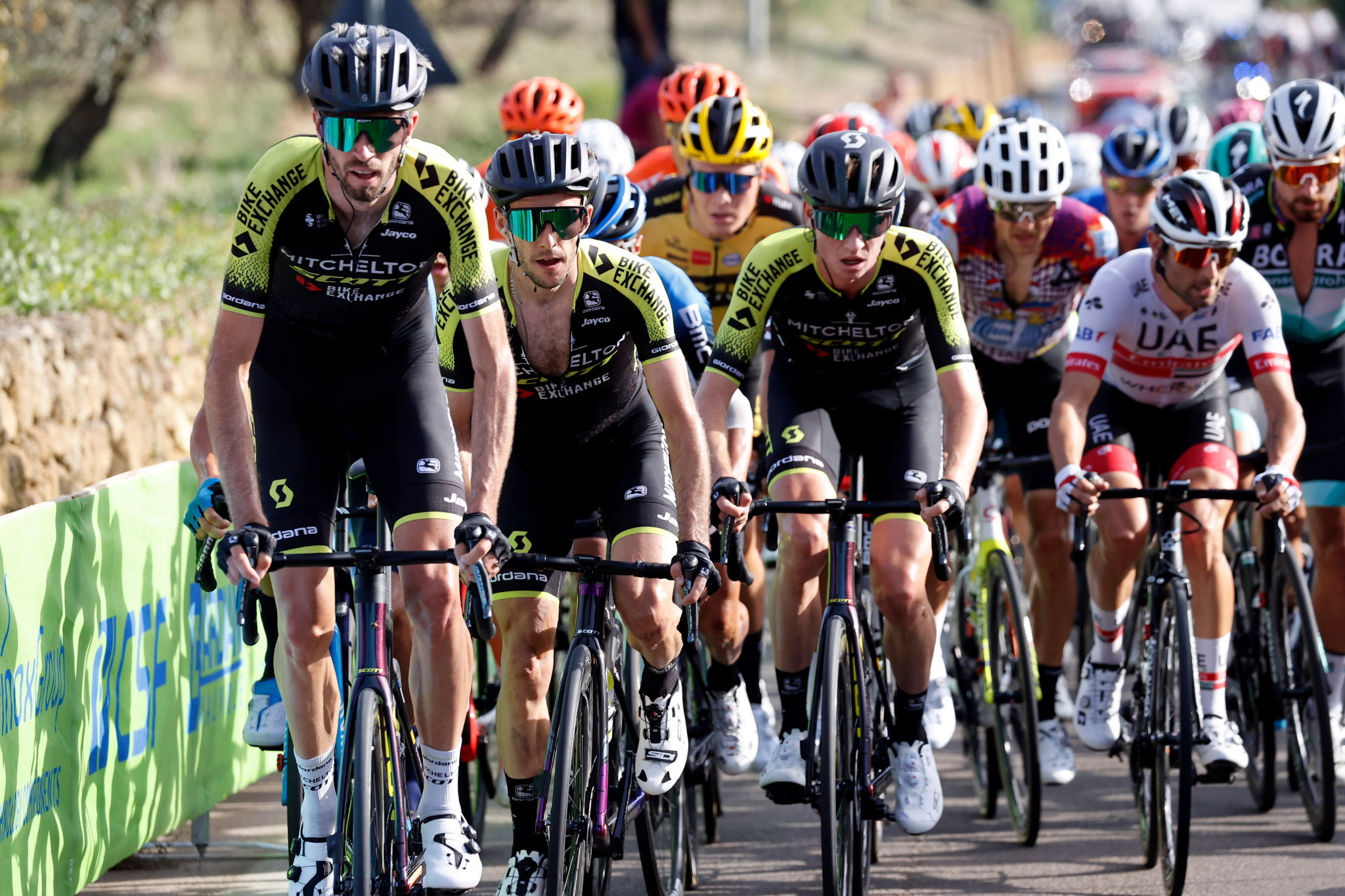 Mitchelton-Scott and Jumbo-Visma have withdrawn from the Giro d'Italia following positive coronavirus tests.

A Mitchelton-Scott were the first to withdraw after four staff members tested positive.

Mitchelton-Scott said it immediately withdrew its team from the race and will focus on the health of its riders and staff and their safe movement to areas of quarantine.

The team has pulled out days after their team leader Simon Yates tested positive for coronavirus.

"Unfortunately we received the news on Monday evening that we have returned a number of positive COVID-19 results to members of our staff after our third round of tests in three days," said Brent Copeland, Mitchelton-Scott general manager.

"As a social responsibility to our riders and staff, the peloton and the race organisation, we have made the clear decision to withdraw from the Giro d'Italia.

"Thankfully those impacted remain asymptomatic or with mild symptoms, but as an organisation the health of all of our riders and staff is our main priority and we are now focused on safely transporting them to areas where they are most comfortable to conduct a period of quarantine.

"We wish the RCS and the rest of the peloton a successful finish to this year's edition of the Giro d'Italia and we look forward to returning in 2021."

Team Sunweb and Team Jumbo-Visma confirmed the riders were Michael Matthews and Steven Kruijswijk, with both required to leave the race.

🇮🇹 #Giro @s_kruijswijk will not appear at the start of the tenth stage of the Giro d’Italia. Kruijswijk tested positive on Covid-19 on the rest day. As a result, he has to leave the race.

Kruijswijk was placed 11th in the general classification, with the Dutchman 1min 24sec behind race leader Joao Almeida of Portugal.

"Within the team we take a lot of measures to avoid contamination," a statement from Kruijswijk read.

"And I just feel fit, I can't believe I got it.

"It is a very big disappointment to get this news.

"It is a pity that I have to leave the Giro this way."

Jumbo-Visma later confirmed they would not start stage 10, with the team withdrawing from the race.

According to Cyclingnews, team director Addy Engels said the team had "decided to take the most responsible decision as we look to the health of our riders and staff."

Team Sunweb said Matthews is "currently asymptomatic, feels healthy and after receiving the results early this morning, he is now in quarantine".

The cases and subsequent withdrawals come with nine stages completed of the 21-stage Grand Tour, which is due to resume today.

Racing is expected to continue with the 177-kilometre stage from Lanciano to Tortoreto.