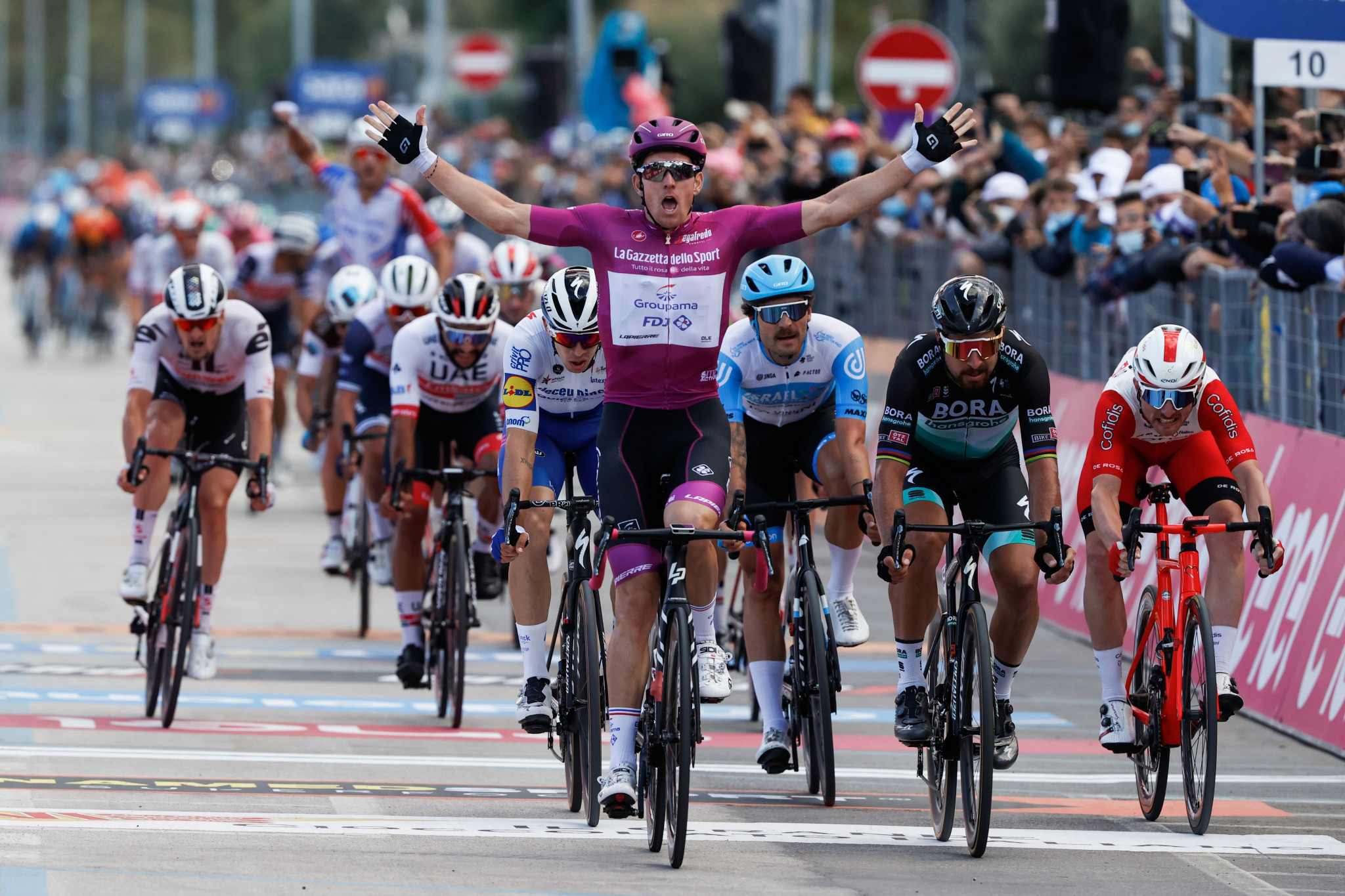 France’s Arnaud Démare earned his fourth stage win at the Giro d’Italia after holding off the challenge of Slovakia’s Peter Sagan in Rimini.

The 220-kilometre route from Giovinazzo to Vieste gave sprinters their penultimate chance to secure a stage victory at the race, ahead of a series of mountain stages and time trials.

The group remained together until the final 40 kilometres when Armee and Bais pushed on as a duo, with the peloton closing the gap.

Their advantage increased after a crash in the peloton, when Italian sprinter Elia Viviani was knocked off his bike by a race motorbike at a roundabout.

Viviani was eventually able to rejoin the group.

Armee was left solo when Bais was dropped on the final climb of the day, but the Belgian was caught inside the final seven kilometres as the sprint approached.

Groupama-FDJ were able to deliver Démare to the front of the race, with the French national champion sprinting to a fourth stage victory.

He crossed the line in 4 hours, 3min and 52sec, with yesterday’s stage winner Sagan second on the same time.

Démare’s victory boosted his chances of holding off the challenge of Sagan in the points classification.

“It was the first perfect sprint of this Giro for me, even though it’s the fourth win and we weren’t in the right position at the entrance of the finishing town,” Demare said.

“But the sport directors and coaches of the team had prepared the finale very well so we knew where we’d go.

“When I launched my sprint, it was at very high speed again.

“Since I got my second stage win, everything is just a bonus, and the pleasure we take from winning together as a team is extraordinary.”

Almeida leads the general classification by 34 seconds from The Netherlands’ Wilco Kelderman.

Spain’s Pello Bilbao is third at 43 seconds down.

Tomorrow’s stage begins and ends in Cesenatico, with riders set to cover 204km.