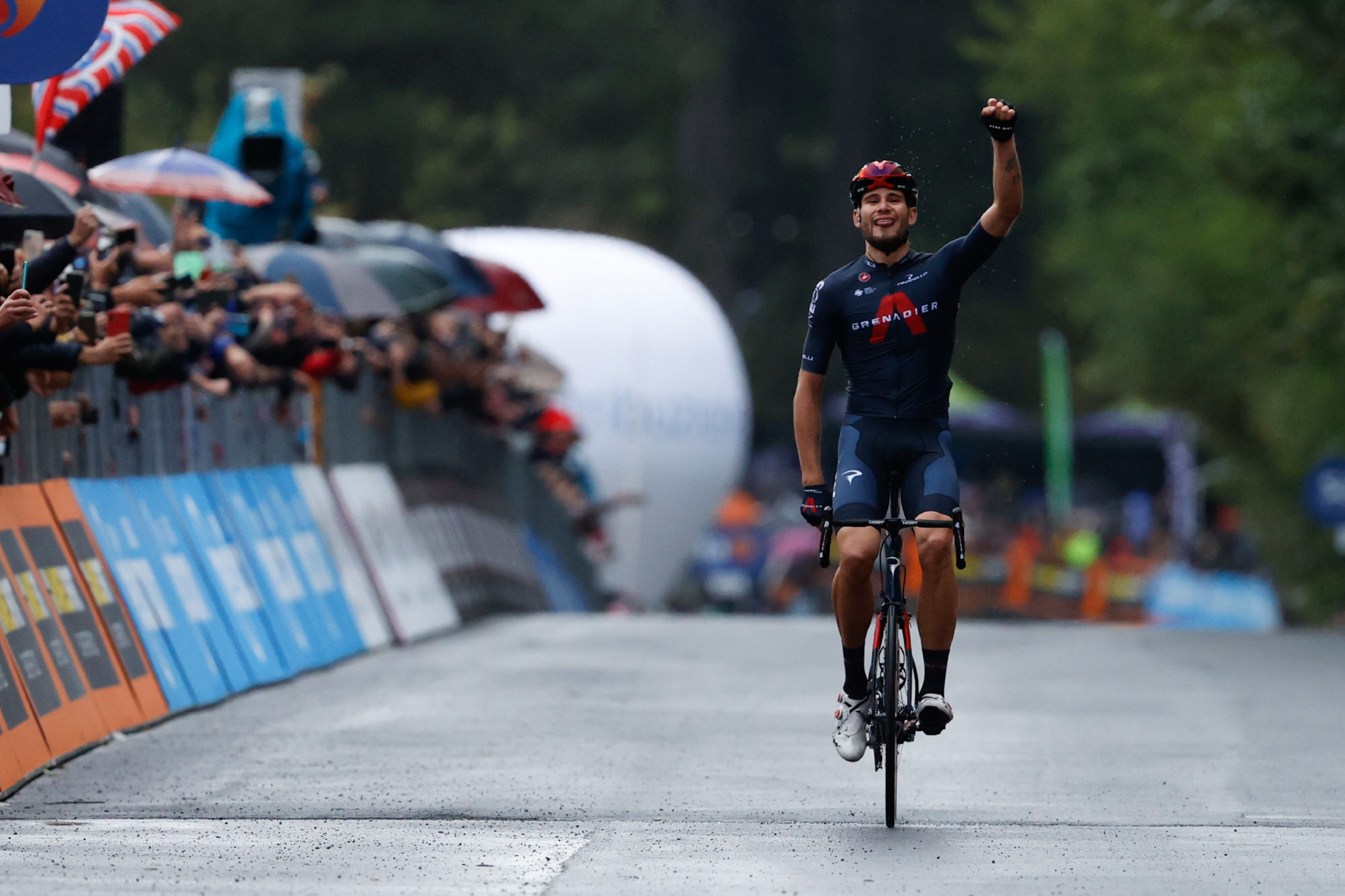 Italy’s Filippo Ganna secured victory on the fifth stage of the Giro d’Italia after using his time trial prowess to excellent effect in the breakaway.

Ganna featured in a four-rider move which developed 50 kilometres into the 225-kilometre stage from Mileto to Camigliatello Silano.

The group established an advantage of more than five minutes to the peloton, which was slowly reduced by the peloton amid rolling climbs on the stage.

Belgium’s Thomas De Gendt and Colombia’s Einar Rubio attacked from the main group as the gap reduced, with the duo eventually making contact with Ganna, Carretero and Zardini.

Newly-crowned world time trial champion Ganna was able to open a gap to his breakaway compatriots on the category-one Valico Montescuro climb.

The Ineos Grenadiers’ rider held off the chasing peloton to secure a maiden victory on a road stage, finishing in a time of 5 hours 59min 17sec.

Ganna had won the time trial on the opening day of this year’s race.

His victory gave Ineos Grenadiers a boost following the loss of team leader Geraint Thomas yesterday, with the Briton forced to withdraw from the race with a hip injury.

In a very hard day, a very unexpected winner. Let’s enjoy all together the Highlights of Stage 5, Giro d’Italia 2020!

"It was not planned for me to go in the breakaway," Ganna said.

"Then after some attacks this morning I told Salvatore [Puccio] to stay on my wheel.

"We managed to go in the breakaway, then all went incredibly well.

"A success that partially redeems the team after Thomas's unfortunate retirement."

Austria’s Patrick Konrad led the peloton across the line at 34 seconds down on the stage winner.

Almedia’s lead in the general classification was bolstered due to second-place Jonathan Caicedo of Ecuador losing over 16 minutes on the stage, after he was dropped on the climbs.

Spain’s Pello Bilbao and The Netherlands’ Wilco Kelderman now complete the top three, with the duo respectively 43 and 48 seconds behind the race lead.

Racing will continue tomorrow with a 188km flat stage from Castrovillari to Matera.