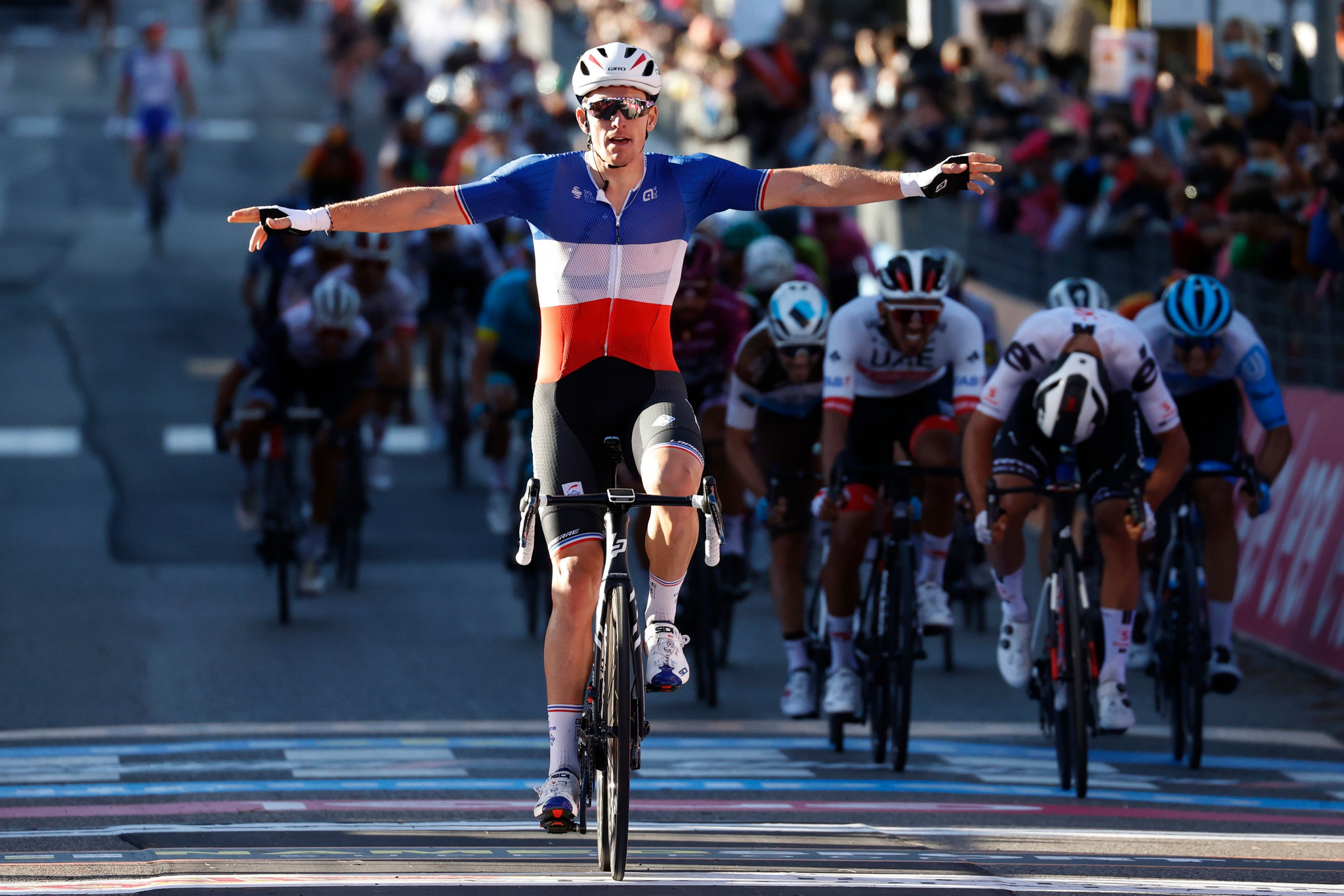 French national champion Arnaud Démare sprinted to his second stage win at this year’s Giro d’Italia after powering clear of his rivals on an uphill finish.

The 188-kilometre sixth stage from Castrovillari to Matera was expected to conclude with a sprint finish.

Race leader João Almeida suffered a scare when he was crashed into by an unsighted Brandon McNulty of the United States when the Portuguese cyclist was seeking to fix an issue with his radio.

Almeida was able to return to the peloton, as they closed on the remaining riders from the day’s breakaway and the final climb of the day approached.

Australia’s James Whelan was the final rider in the breakaway to be caught, with the EF Pro Cycling rider’s effort ending at 15km to the finish.

The anticipated sprint finish unfolded, with Démare producing a strong turn of pace to clinch his second stage victory in three days in a time of 4 hours 54min 38sec.

"Two days ago it wasn't a perfect sprint but today it's super," Démare said.

"I wasn't sure if I could overcome the climb but I found the best position when it flattened a bit.

"I said that the earlier I'd win a stage, the more stages I'd win in this Giro.

"This is pure pleasure.£

Australia’s Michael Matthews and Italy’s Fabio Felline completed the top three on the stage, as Slovakia’s three-time world champion Peter Sagan ended eighth as his search for a victory continued.

Almeida remains in the race leader’s pink jersey, with the Deceuninck-Quickstep rider currently 43 seconds ahead of Spain’s Pello Bilbao.

The Netherlands’ Wilco Kelderman is third at 48 seconds down.

Tomorrow’s stage will take the peloton 143km from Matera to Brindisi.