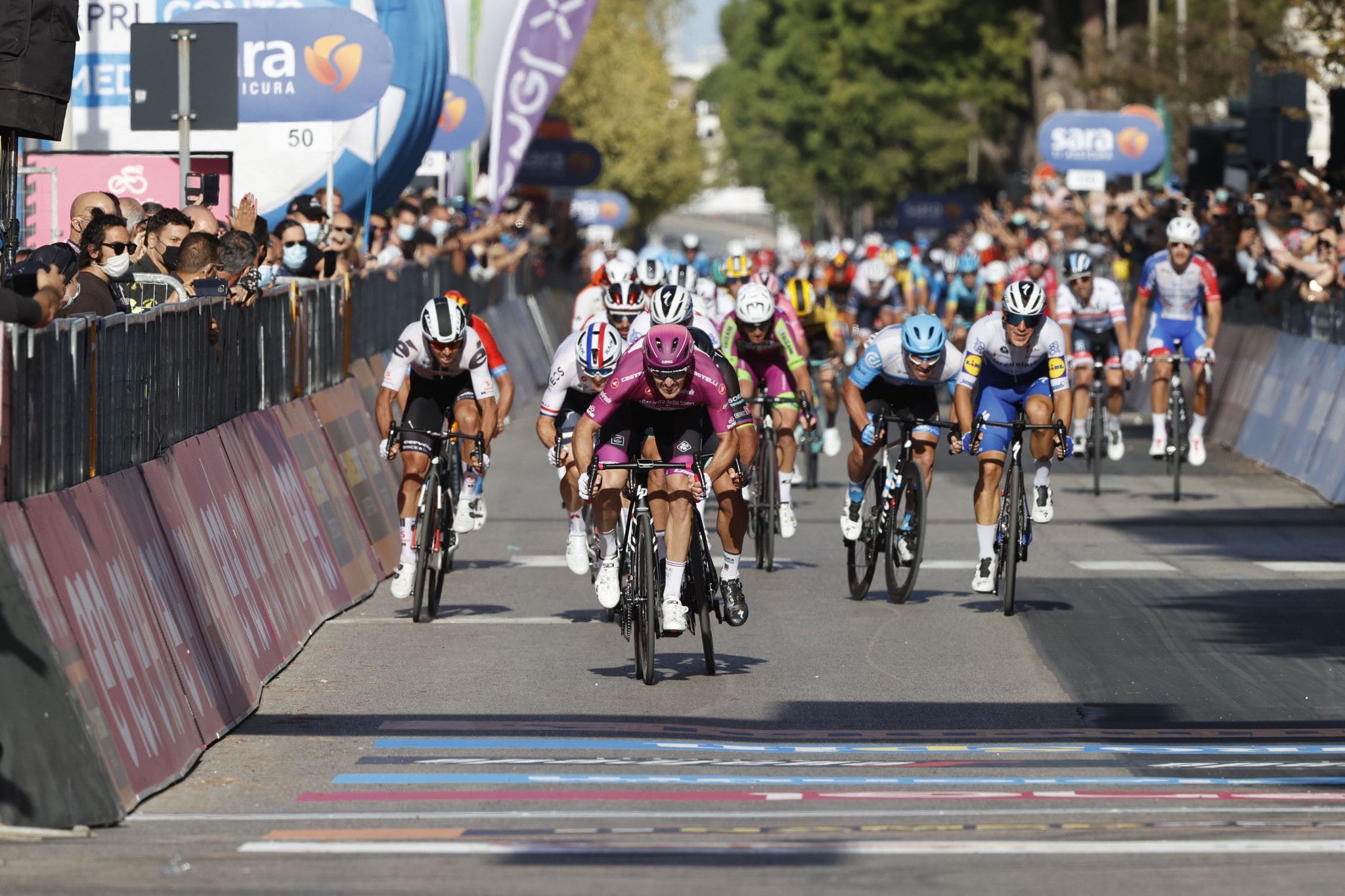 Arnaud Démare claimed a third stage victory at the Giro d’Italia as the Frenchman continued to underline his status as the fastest sprinter at the race.

The 143-kilometre seventh stage from Matera to Brindisi saw echelons develop early, with the crosswinds allowing for splits in the peloton.

Second-placed Pello Bilbao of Spain, Denmark’s Jakob Fuglsang, Poland’s Rafal Majka and Britain’s Simon Yates were among the riders to miss a split, leaving them in the chase group.

The chase group were able to return after a tailwind developed to aid their pursuit of the leaders.

The peloton remained together for the remainder of the stage, allowing Groupama-FDJ to lead in the final kilometres ahead of the sprint finish.

Groupama-FDJ set-up their sprinter Démare impressively for the finsish, with the French national champion holding off Slovakia’s Peter Sagan to claim victory in 2 hours 47min 28sec.

"My team mates have made the difference even more than the great confidence I have these days," Démare said.

"We had to exchange the positions of the lead out men in the finale.

"There was some elbow to elbow.

"With the three-quarter head wind to finish with, it wasn't an easy task.

"I opened my sprint at a right time.

"I felt the presence of Peter Sagan close to me.

"I'm happy I made it again, it is extraordinary."

Démare has now won three of the first seven stages of this year’s race, with the Frenchman having also triumphed on stage four and six.

Sagan finished as the runner-up for the third time, with the Slovakian appealing in vain that Démare had deviated from his racing line.

Portugal’s João Almeida remains in the race leader’s pink jersey, with the Deceuninck-Quickstep rider currently 43 seconds ahead of Bilbao.

The Netherlands’ Wilco Kelderman is third at 48 seconds down.

Tomorrow’s stage will take the riders 220km from Giovinazzo to Vieste.