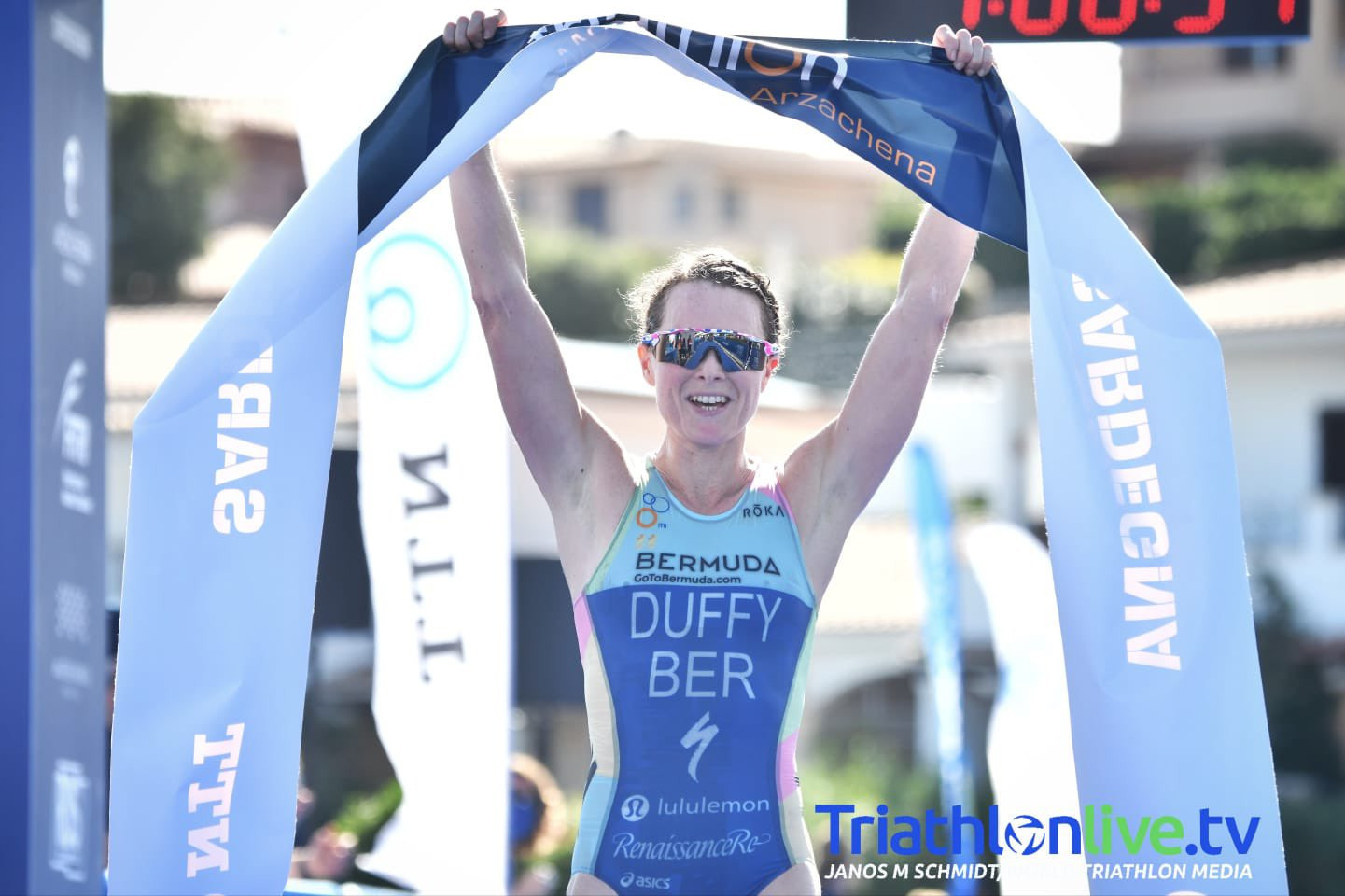 Bermuda's Flora Duffy and Vincent Luis of France dominated on a new course to win gold at the Triathlon World Cup in Arzachena in Italy.

After from the swim with a 10-second lead, there was no catching the 33-year-old.

She was joined on the podium by Britain's Beth Potter, the runner-up, and Italy's Verena Steinhauser.

"I was super happy with the swim, as well as the overall race," Duffy said.

"Sorting out my swim was a main goal here and the bike course I knew I just had to attack.

"I wasn't expecting to be riding solo but I've been there before so it didn't freak me out.

"My coach and I had discussed what sort of power I'd need to use so I tried to ride hard but within myself and really maximise the descent, get aero and push."

Reigning Commonwealth Games champion Duffy pushed on after the first buoy on the swim, leaving the water before rivals including the United States' Katie Zaferes and Dutch athlete Rachel Klamer.

Duffy, an accomplished cyclist, then carved out a 35-second gap to the chasing pack after lap one of three on the cylcle.

Italy's Angelica Olmo, France's Leonie Periault and Potter joined Zafares, Klamer and Steinhauser in a group that looked destined to challenge for silver and bronze.

When she dismounted, Duffy was more than 50 seconds ahead and would not be overtaken.

Klamer dropped out of the chasing group first, while Potter moved into second.

Second is where Poter stayed, while Steinhauser edged out Periault for the final podium spot.

In the men's race, France's world champion Luis ensured it was three wins from three since returning from the coronavirus-enforced break.

He was in a fantastic tussle with Norway's Kristian Blummenfelt, who had to settle for second.

Luis had a fantastic swim, but a great first lap from Brownlee and Blummenfelt on the bike brought them back into contention.

By the time the run began there were nine athletes in the front group, as Spain's Antonio Serrat, Norway's Gustav Iden, Germany's Tim Hellwig and Sweden's Gabriel Sandör in contention.

Luis was able to hold the Blummenfelt off by just five seconds to take the win, with Brownlee 21 behind the winner.