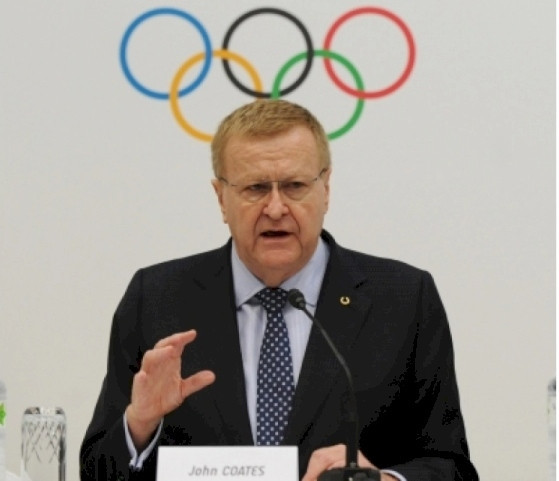 Australian Olympic Committee (AOC) President John Coates has accused one of the country’s politicians of trying to "bribe" its athletes to boycott Beijing 2022.

Rex Patrick, a Senator for South Australia, has called for Australian athletes and the AOC not to attend the Winter Olympic Games in the Chinese capital.

There are growing calls from politicians around the world for a boycott of Beijing 2022 in protest at the treatment of China’s alleged treatment of the Uighur community in the Xinjiang region and the introduction of a new security law in Hong Kong.

In addition, economic relations between Australia and China, one of its most important trading partners, have also become increasingly fraught with rows over imports.

"Australia should boycott the Beijing Winter Olympics, and we should announce that decision soon," Patrick said.

“We shouldn't leave it to the last minute; we should allow for this to be organised.

“We should compensate the Australian Olympic Committee and the Olympic Winter Institute of Australia, and we should let our athletes know and support our athletes.”

A similar scheme was adopted before the 1980 Summer Olympics in Moscow when the Australian Government offered financial incentives to national governing bodies if they chose not to attend the Games in the Soviet Union capital following the invasion of Afghanistan.

Patrick’s call drew an angry response from Coates, who, besides his role at the AOC, is one of the most senior and influential members of the International Olympic Committee (IOC), where he is the vice-president.

"I don’t want them trying to pick off our athletes with financial incentives not to go to the Games," Coates told The Australian Financial Review.

"That just downgrades the commitment and good these athletes do for our country.

"They can decline themselves.

"But please, let’s not lower ourselves to bribes."

Patrick has warned that there are safety fears for Australian competitors and media representatives planning to attend Beijing 2022.

"Athletes at least need to become aware of exactly what is going on in China," Patrick, a submariner in the Royal Australian Navy, said.

“The Australian Government at the moment has a travel warning suggesting that no one travels to China - they are at risk of arbitrary detention."

Patrick is the joint sponsor of a motion to be debated in the Senate next month calling on the “Australian Government to work with the Australian Olympic Committee to ensure that Australia boycotts the 2022 Winter Olympic Games in Beijing."

The joint Notice of Motion, together with Senator Jacqui Lambie, also notes “the International Olympic Committee's 2017 adoption of human rights principles in its Host City Contracts does not apply to its agreements with China”.

The AOC has already rejected the idea of not attending the Games in China.

“There are 206 National Olympic Committees, which is more than there are countries in the United Nations,” Coates told The Australian Financial Review.

“We have 50 that have capital punishment, 50 have homophobic laws.

“There are many positions expressed on human rights across many of those countries.

“But the IOC offers the Games as an opportunity for mutual understanding, for athletes to meet at the highest level and that’s its role.”