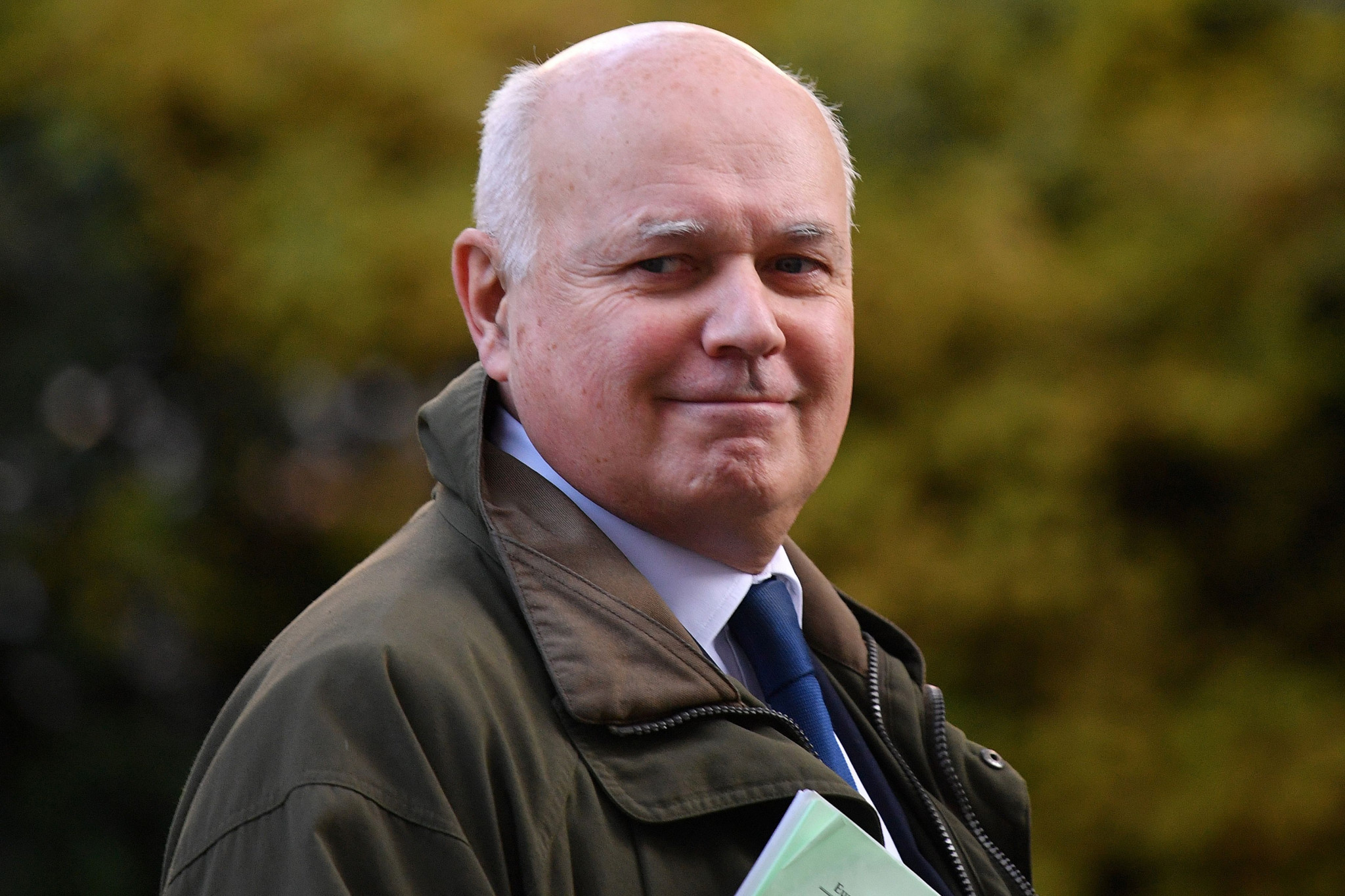 Sir Iain Duncan Smith has called for the United Kingdom Government to take "strong position" on the 2022 Winter Olympics taking place in China, including considering a boycott of the Games over alleged human rights abuse in Hong Kong and of Uyghur Muslims.

Sir Iain is among the co-chairs of the Inter-Parliamentary Alliance on China, which features politicians from 16 countries and two representatives from the European Parliament.

The former Conservative Party leader has accused China of being "dictatorial, aggressive and intolerant", saying that the country’s Government’s "horrific treatment of Hong Kongers and the Uyghur Muslims violates every human rights law in the book."

Sir Iain told talkRADIO that the UK Government should lobby the International Olympic Committee (IOC) over the Beijing 2022 Winter Olympics.

"I do hope the Government is going to make a very strong position," Sir Iain said.

"I personally would like to see people ask themselves the question 'why are we holding the Games in a country like this?'

"I want the Olympic Committee to think very carefully about whether they should be.

"One way or the other, the UK Government themselves must not attend or have anything to do with it."

He admitted the chance of the IOC moving the Games from China was "very minimal" but suggested the UK Government could boycott the event.

The UK Government previously boycotted the Sochi 2014 Paralympics, following Russia's intervention in Crimea a week prior to the Games.

"I think the chances of them [the IOC] doing it are very minimal," he said.

"They do not want to politicise the Games, but this has happened before in the past, we have boycotted Russia’s Games.

"China is behaving in every bit as bad a way as Russia was."

Sir Iain’s call comes amid increasing tension between China and several Western nations, including the UK and the United States, over human rights, trade and the coronavirus crisis.

The UK Government last month announced Huawei would be banned from its 5G mobile networks, with the US having already banned its companies from doing business with the Chinese multinational technology firm.

Huawei has sometimes been accused by Western countries of being a surveillance arm of the Chinese Government.

A new national security law introduced by China on Hong Kong in June has also drawn criticism from the US and the UK Governments, as well as Australia and Canada.

Fears have also been expressed that the law could undermine autonomy in the former British colony that is a major regional financial centre.

Hong Kong's sovereignty was handed back to China by the UK in 1997, with certain rights expected to be guaranteed for at least 50 years under the so-called "one country, two systems" agreement.

Florida Senator Rick Scott claimed earlier this month he had requested a meeting with IOC president Thomas Bach to discuss his concerns about the 2022 Winter Olympic Games in Beijing, citing China’s alleged human-rights abuses of Uyghur Muslims in the province of Xinjiang, as well as the people of Hong Kong.

The US last month sanctioned several Chinese officials under the Global Magnitsky Human Rights Accountability Act, after accusing them of "serious human rights abuse against ethnic minorities in Xinjiang".

The World Uyghur Congress last week said it had submitted a formal complaint to the IOC Ethics Commission over Beijing’s hosting of the 2022 Winter Olympics following "verifiable evidence of genocide and crimes against humanity taking place" against Uyghur and other Turkic Muslims in China.

The IOC responded to the complaint, saying the awarding the Games to a National Olympic Committee "does not mean IOC agrees with the political structure, social circumstances or human rights standards in its country".

The IOC said its Beijing 2022 Evaluation Commission has raised human-rights issues with national and local authorities and has "received assurances that the principles of the Olympic Charter will be respected in the context of the Games".