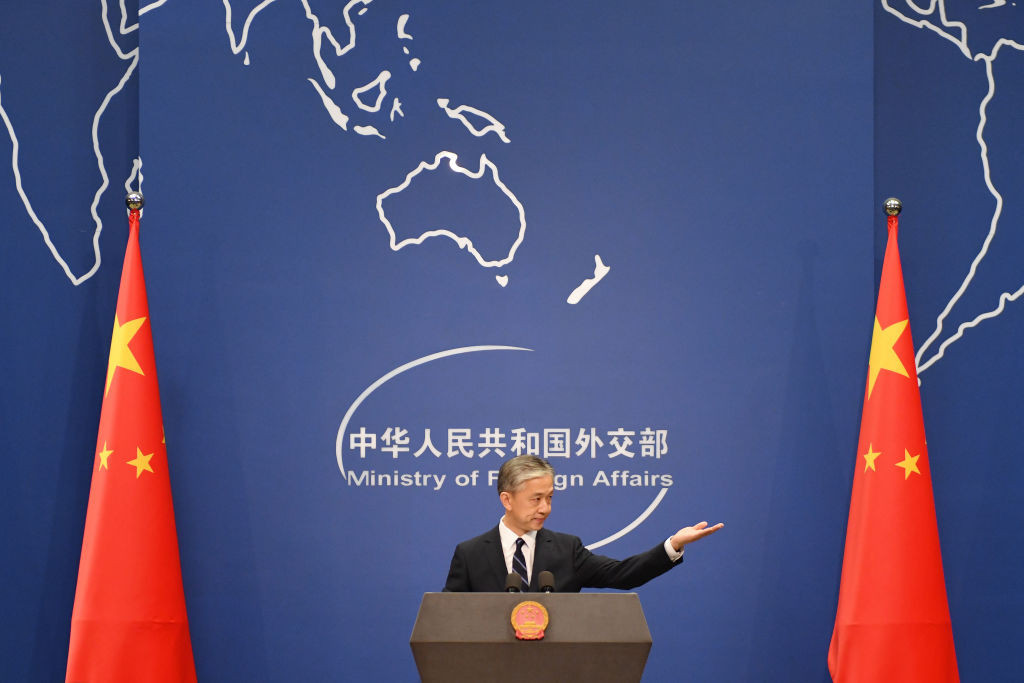 China's Foreign Ministry has dismissed calls for Beijing to be stripped of the right to host the 2022 Winter Olympic and Paralympic Games over the country's human rights record.

Politicians and human rights groups are among those to have urged the International Olympic Committee (IOC) to move the event from the Chinese capital amid its alleged mistreatment of its own citizens.

China's clampdown in Hong Kong and the alleged mass internment of Uighur Muslims in Xinjiang has been the subject of growing criticism from across the world, sparking claims the country should not be allowed to host the Winter Games in 2022.

Officials in countries including the United States have also suggested a boycott of the Games in protest at China's alleged human rights abuses.

A study from the Australian Strategic Policy Institute this week alleged that China has built nearly 400 internment camps in the Xinjiang region.

Wang Wenbin, a spokesperson for China's Ministry of Foreign Affairs, has rejected the calls and claimed China's human rights conditions are "constantly improving".

A letter, dated September 8 and signed by more than 160 human rights groups, was sent to IOC President Thomas Bach, which urged the organisation to take action against China.

Wang accused those lobbying for China to be stripped of the event - which includes the Uyghur Human Rights Project, World Uyghur Congress, Tibetan Youth Congress and other Hong Kong and Mongolian rights groups based in several continents, as well as politicians in Britain and the US - of "politicising sports events".

"The fact is that the majority of countries and people in the world recognise the fact that China's human rights conditions are constantly improving and China has achieved notable progress in its human rights cause.

"By linking the so-called human rights issue with the Beijing Winter Olympics in an attempt to pressure China, certain organisations have made the mistake of politicising sports events.

"Such behaviour goes against the spirit of the Olympic Charter and disrupts and jeopardises the progress of the global human rights cause."