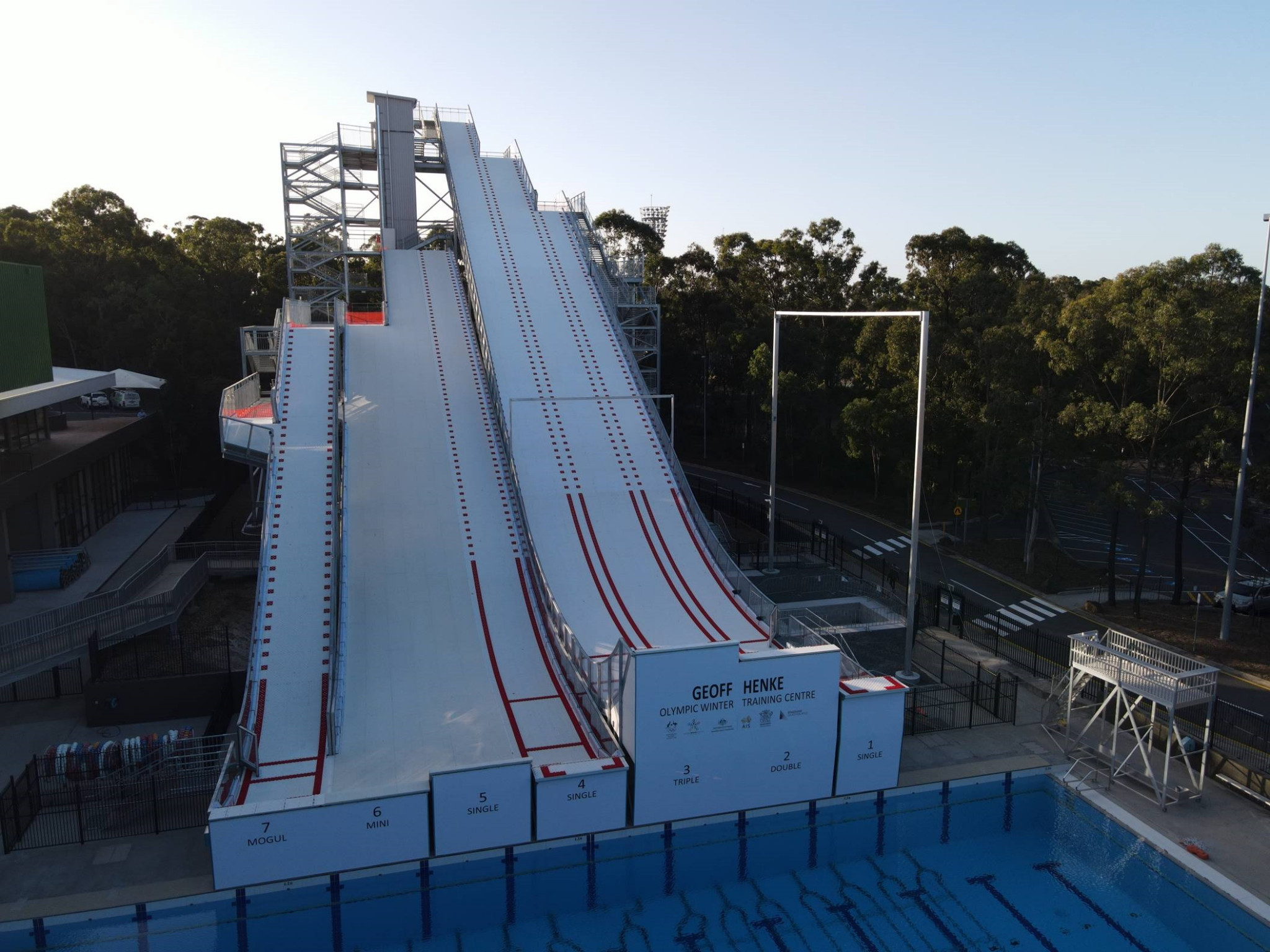 Aerial skier Danielle Scott believes Australia’s new Olympic Winter Training Centre in Brisbane will "give us an edge" in preparation for Beijing 2022.

Eight of Australia’s 15 Winter Olympic medals - including three golds - have come in aerial and moguls and Scott is confident of further success thanks to the new 37-metre high ramp.

"I’m excited to see the local talent that can develop on this new facility, with young Australians able to see aerials in the flesh and know there’s a pathway for them to chase their own Olympic dream," said Scott.

"This centre is an incredible opportunity for winter athletes to have a home training base and not be at the mercy of other countries - it will really give us an edge."

The Australian Olympic Committee (AOC) claim the ramp is the "first year-round outdoor aerial facility in the world" with athletes reaching maximum speeds of over 70 kilometres per hour.

Construction began in 2019 and it is expected to officially open in 2021 - one year before the Winter Olympic Games in Beijing in China.

Geoff Lipshut, Chef de Mission of the Australian team for Beijing 2022, welcomed the opportunity for athletes to train on the ramp ahead of the next Games.

"This is a huge step forward for both athletes at the next Olympic Games in 2022 and importantly for our athletes of tomorrow," said Lipshut.

"Through our partnership with Gymnastics Australia, this facility creates huge potential for gymnasts to successfully transfer their skills into aerial skiing.

"This facility will provide a great opportunity for many more young Australians from around the country to get involved in winter sport."

Minister for Youth and Sport Richard Colbeck said the Australian Government was proud to contribute funding to build the "world-class" training base.

"Through the AIS (Australian Institute of Sport) and Sport Australia, the Government has invested time, energy and funding into this facility because it will have a lasting impact and be a launching pad for generations of athletes and Winter Olympians to come," said Colbeck.

"It’s great to see that a key feature of the facility is the different-sized ramps, allowing athletes to progress right from emerging talent through to those preparing to jump for Olympic gold."

According to the AOC, Australian athletes have had to hone their skills overseas, with a water ramp facility in Utah having more than 3,600 days of training logged from 2013 to 2017.

"Having a home facility means this is time and funding that can be invested here in Australia rather than overseas facilities, providing greater opportunity to the next generation and bringing Australian sports fans closer than ever to our winter athletes."