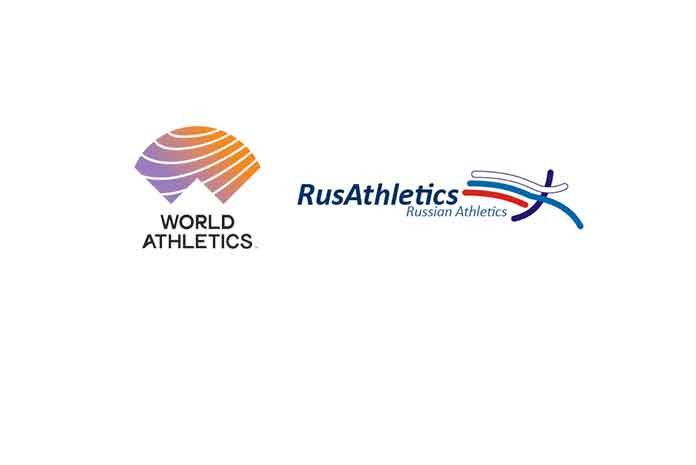 World Athletics Council has extended the deadline for the Russian Athletics Federation’s Reinstatement Commission to finalise its restoration plan.

The initial deadline for RusAF to produce an appropriate reinstatement plan was next Wednesday (September 30).

The deadline has now been extended until March 1next year.

World Athletics Council revealed it approved the extension, after its Taskforce deemed RusAF currently does not have the resources available to produce a detailed and appropriate plan for reinstatement.

"I would like to thank Rune Andersen and his Taskforce for their diligent work over the last month," said Sebastian Coe, the World Athletics President.

"They have determined that the RusAF Reinstatement Commission needs more time to put a proper reinstatement plan in place and we are confident that they continue to guide us well.

"The ANA process for 2021 will be reviewed and discussed against progress of the plan at the December Council meeting.

"The Taskforce believes that the international experts will be very well-equipped to help RusAF’s Reinstatement Commission complete the plan in a matter of two or three months, but they recommended a long-stop deadline of March 1 2021.

"If an adequate plan is not completed by then, the Council will once again consider the matter of RusAF’s expulsion."

The plan is expected to outline how RusAF will ingrain a zero-tolerance culture for doping throughout Russian athletics, including coaches and other sport personnel.

The plan should also show how RusAF will be rehabilitated to become a trusted partner for World Athletics in fighting for clean sport.

The RusAF Reinstatement Commission had provided a draft by the specified deadline of August 31, one of the actions required to prevent the World Athletics Council from instigating expulsion proceedings.

World Athletics’ Taskforce determined the plan had identified "some of the systemic issues" which needed to be addressed to change the doping culture in Russian athletics.

The plan was considered "seriously deficient and does not meet most of the requirements set out in Council’s decision, particularly in relation to details of how RusAF's strategic goals will be implemented and in relation to identification of the performance indicators to be used to assess progress towards those goals".

A lack of expertise in the organisation and resources were cited as key challenges, leading to the Taskforce suggesting an extension.

"The Taskforce could not possibly provide feedback that would facilitate turning this product into an acceptable plan by the end of September unless we took on the job of rewriting it ourselves, when our job is supposed to be only the provision of advice and feedback on what they come up with based on their own analysis of the situation," the Taskforce wrote in its report.

"It is critical that RUSAF take and retain ownership for their plan and that they remain as the primary authors of it.

"This failure appears to be due not to a lack of willingness but rather a lack of knowhow and resources.

"There is currently a void at RusAF - they have no Board, no senior management, and very few experienced staff.

"They need to fill that void urgently with people who share the vision to change the culture of the organisation and the sport, and who have the skills to do so.

"We understand they are in the process of organising the election of a new President and management board, which will obviously be an important step."

World Athletics has also confirmed it will add two international experts to help RusAF to produce the plan.

The world governing body announced former Russian Anti-Doping Agency (RUSADA) deputy director general Margarita Pakhnotskaya has been appointed as one of the experts.

Pakhnotskaya resigned from her role at RUSADA last month, prior to the controversial sacking of RUSADA director general Yuri Ganus by the Russian Olympic Committee and Russian Paralympic Committee.

World Athletics said Pakhnotskaya led education strategy, compliance issues and international relations at RUSADA, as well as chairing the Ad Hoc Group on Protection of Whistleblowers in Anti-doping, part of the Monitoring Group of the Anti-Doping Convention in the Council of Europe.

The second Russian-based expert will be a change management professional and will be announced shortly.

World Athletics has said it expects considerable progress on the reinstatement plan prior to its next Council meeting in December.

"We see a very constructive process.

"We must do everything necessary to ensure that the issue is resolved positively."

The meeting is due to consider the status of the Authorised Neutral Athlete (ANA) programme, which has been suspended since March.

Should the World Athletics Council be satisfied that a meaningful plan will be put into place, applications for ANA status in 2021 may be considered by the Doping Review Board.

Russia has been banned from international competition since November 2015 following allegations of state-sponsored doping.

Among the events they have so far missed are the 2016 Olympic Games in Rio de Janeiro and the 2017 and 2019 World Championships in London and Doha, respectively.