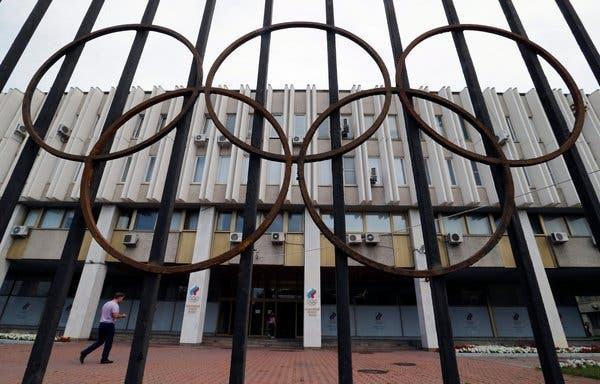 A meeting of the special Russian Athletics Federation (RusAF) commission set up to restore its membership of World Athletics that was supposed to take place today was postponed.

Russia had only escaped expulsion from the international governing body after the Government stepped in to pay the $6.31 million (£4.8 million/€5.32 million) fine imposed on it as a result of the suspension it has been forced to serve since November 2015 because of allegations of state-sponsored doping.

The deadline set by World Athletics for that fine to be paid was tomorrow, meaning the initial pressure was off the RusAF.

But it still has to submit a restoration plan to World Athletics by August 30 at the latest.

This must include an updated road map containing detailed information on strengthening anti-doping activities.

This document is then set to be reviewed by the World Athletics' Taskforce headed by Norwegian Rune Andersen, who will prepare a report for the next meeting of its ruling Council to decide whether Russia fulfills the criteria for re-admission.

The meeting scheduled for today has been provisionally re-arranged until next Tuesday (August 18) to give members of the RusAF Commission the opportunity to study documents, Russia's official state news agency TASS reported.

"Earlier, all members of the Commission sent their remarks and comments to the draft document," a spokeswoman for the RusAF told TASS.

"At the moment, the Commission is working on the study of the materials provided to integrate them into a single draft plan."

Russians were banned totally from the Wanda Diamond League meeting in Monte Carlo because the programme of allowing them to compete as Authorised Neutral Athletes was suspended by World Athletics following the failure by the RusAF to pay the outstanding fine.