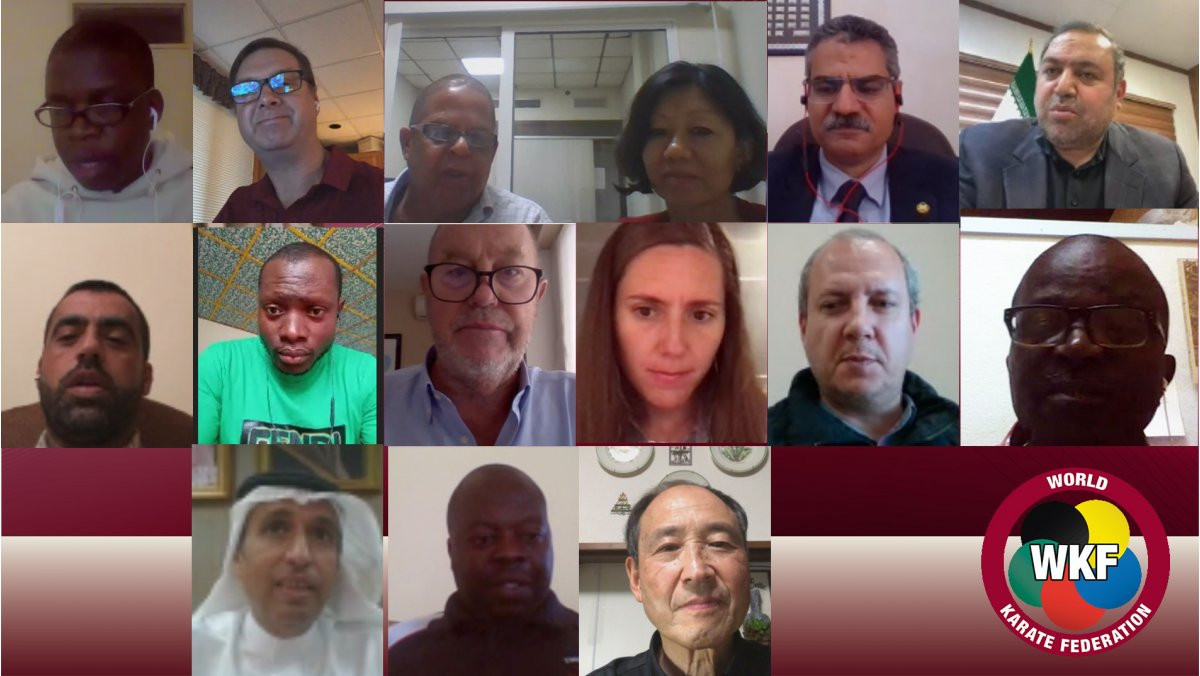 The World Karate Federation (WKF) travelled around the world in just one day as part of its final series of meetings with its National Federations.

WKF President Antonio Espinós spoke to representatives from all but one of the continents over three separate calls.

He had previously spoken separately to European nations last week, in another intense series of meetings.

First on the agenda for Espinós was a discussion with French-speaking countries from Africa and Oceania, with delegates from Burundi, French Polynesia, New Caledonia and Senegal taking part.

Issues reviewed included the varying severity of the COVID-19 pandemic in the respective nations, as well as the cooperation projects ran by the WKF to assist disadvantaged countries.

The second meeting was attended by nations from Africa, North America and Asia, as well as by WKF general secretary Toshihisa Nagura.

Those in attendance discussed upcoming events and the progress of the sport after the pandemic.

The final meeting focused on Spanish-speaking countries and was attended by representatives from Bolivia, Chile, El Salvador, Guatemala, Puerto Rico, Venezuela and Uruguay.

"I am very optimistic about our prospects," said Espinós about the ongoing pandemic.

"I believe that with required and obvious limitations notwithstanding, and while we wait for a prospective vaccine to be widely distributed, we will be able to host our events as scheduled.

"It is especially in these circumstances that our strong sense of solidarity and unity becomes even more important.

"If we work together, if we are all on the same page, as we are demonstrating in these meetings, then we can make the difference.

"The WKF will continue to support all the members of the karate family who have shown tremendous strength and resilience in navigating these difficult times."