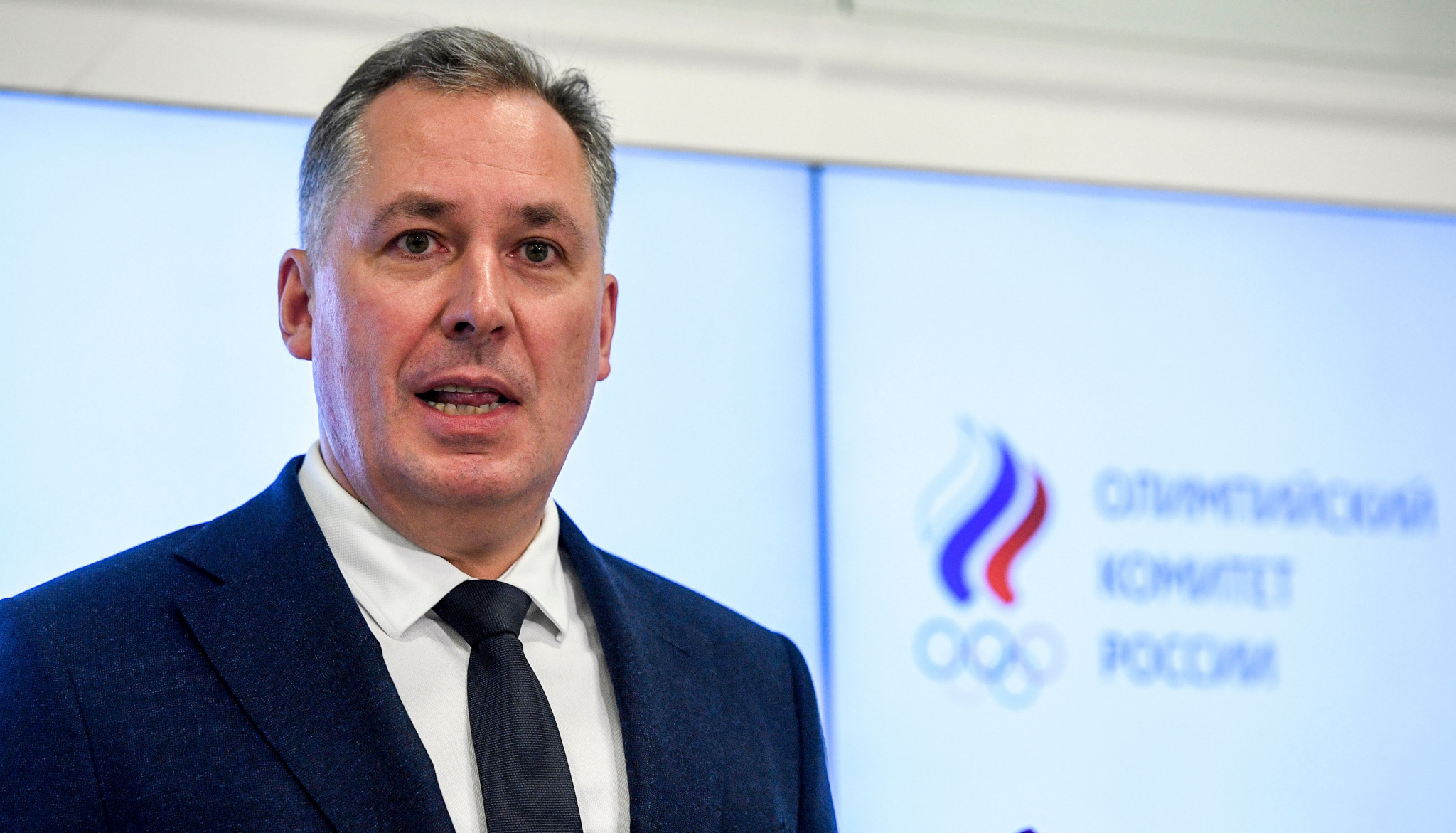 The Supervisory Board voted in favour of recommending Ganus be removed from the role after an audit revealed a "number of significant irregularities in the financial and economic activities" of the organisation.

Yesterday’s vote was triggered by an audit commissioned by the ROC and the Russian Paralympic Committee (RPC), conducted after a user on the instant messaging platform Telegram accused Ganus of a "conflict of interest and corruption".

Supervisory Board chairman Alexander Ivlev also said a "number of violations that were identified in the framework of corporate procedures" were also considered.

The final decision on Ganus' position rests with the founders of RUSADA - the ROC and the RPC.

A statement issued by Pozdnyakov suggested the ROC would be in favour of approving the RUSADA Advisory Board’s recommendation, with a joint meeting with the RPC set to be arranged to discuss the decision.

"The Supervisory Board of RUSADA announced today its recommendations to the General Meeting of Founders following the discussion of the results of the audit of the financial and economic activities of RUSADA.

"In the near future we will agree with our colleagues from the RPC on the date of our joint meeting, at which the final decision will be made in accordance with the RUSADA Charter.

"At the moment, I can say that, unfortunately, our fears have been confirmed.

"The members of the Supervisory Board, which is an independent body composed of specialists, most of whom are recommended and approved by WADA, have come to the conclusion that the violations committed by RUSADA's management are very serious.

"And today's decisions of the Supervisory Board, adopted almost unanimously, about distrust of RUSADA General Director Yuri Ganus and the inexpediency of his further stay in this position look unambiguous.”

The vote to consider removing Ganus from a key position at RUSADA comes prior to the organisation's November court date with World Anti-Doping Agency (WADA) after it appealed the four-year package of sanctions imposed as punishment for the manipulation of data at the Moscow Laboratory.

Ganus, appointed director general in 2017, told insidethegames yesterday that his removal could have consequences for RUSADA in its case against the WADA before it is heard by the Court of Arbitration for Sport (CAS) in November.

In a statement, WADA said it would "seek further clarification from the Russian authorities and consider any other steps that may be required" after discussing the matter with the Compliance Review Committee.

Russian Sports Minister Oleg Matytsin has insisted there has been no outside influence on RUSADA.

"As a state governing body, we do not have any influence on the decisions of the supervisory board and the general meeting, interaction with RUSADA related to the anti-doping educational program is very important for us.

"The organisations were professional people.

"Until now, we have built constructive relations, this direction is important for the Ministry of Sports as ensuring the purity of Russian sports.

"The final decision is taken by the general meeting.

"The most important thing is to continue cooperation with RUSADA, no matter what decisions are made, so that this does not in any way affect the professional and effective work to prevent the use of doping in our country."

The audit sparked a public dispute between the ROC RUSADA, with Ganus claiming the findings of the report cannot be considered reliable.

Among the other allegations made in the report was that Ganus had selected an auditing firm not rated among the top 100 in Russia to look into the organisation's finances for 2018 and 2019.

Dmitry Svishchev, a member of Russia’s State Duma Committee on Physical Culture, Sport and Youth Affair, has claimed the potential sacking of Ganus would be an "extraordinary event".

Svishchev, who is also President of the Russian Curling Federation, appeared to strike a cautious note by suggesting that the "situation will not develop easily" if Ganus is removed.

"In a difficult time, when the proceedings are underway, the removal of the head of the anti-doping agency is an event," Svishchev said, according to TASS.

"Everyone understands that this is an important decision.

"I am sure that this is only the beginning of events.

"The situation will not develop easily.

"I am sorry that this is happening with RUSADA, we have scandal after scandal, we cannot recover from the past scandal.

"But I am sure that the arguments that the supervisory board and founders have are weighty, I think, not unreasonable.

"I hope that that all this will benefit Russian sport, because without the restoration of RUSADA and work with the WADA, we have nowhere to move."

The sanctions will not come into force until the CAS has rendered its final decision.