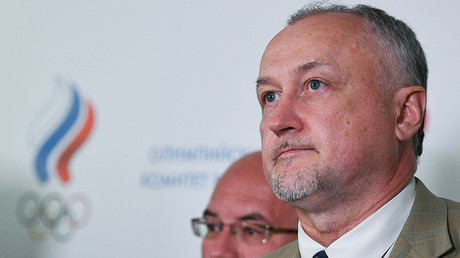 The World Athletics Council today set a new deadline of August 15, instead of taking the expected course of expelling the suspended Russian Athletics Federation (RusAF) for its failure to pay by July 1 or meet other reinstatement requirements.

Ganus earlier this month admitted there was a "high probability" RusAF would be expelled from the sport’s world governing body.

"Everything was decided by the letter of the Minister of Sports," Ganus told Russia's official state news agency TASS.

"He made a serious step, and I welcome him.

"The Minister of Sports opened the oxygen to Russian athletics.

"If this letter had not been, I am convinced that the World Athletics Council would have made a categorical decision.

"This is the first.

"Second - World Athletics left the door open for us.

"Formally, all deadlines were missed, nothing was done, but now there is a great opportunity to stabilise the situation.

"I welcome the wisdom that has been shown."

Alexander Zhukov, former President of the Russian Olympic Committee, has added his own cautious welcome to the new arrangement.

"We can rejoice only when this whole situation is finally resolved,” Zhukov told TASS.

"Now I can only wish our athletes the opportunity to participate in international competitions."

RusAF, which has been suspended since November 2015 following revelations of an organised doping programme, faced expulsion after missing its July 1 deadline to pay an outstanding fine of $6.31 million (£5 million/€5.6 million).

As well as meeting the new August 15 payment deadline, RusAF must also come up with a convincing draft reinstatement plan by August 30, and a final version by September 30.

"If those conditions are met, Russian athletes will be permitted to apply to compete as Authorised Neutral Athletes in international competitions taking place in 2020,” said Rune Andersen, head of the World Athletics Taskforce that has been charged with steering Russia back into compliance and a return to full membership.

If any of these conditions are not met a World Athletics Congress will be held to vote on RusAF expulsion following a review in December 2020.

The RusAF has been criticised by some of the nation’s top athletes, including double world high jump champion Mariya Lasitskene, for its failure to comply with the requirements imposed by World Athletics for reinstatement.

"When I found out that World Athletics gave us a reprieve until August 15, my first reaction was - hope dies last," he told TASS.

"I thought that the situation in which we, athletes, are now, can slowly change and everything will return at least to the situation that was a year ago.

"Of course, I hope that I will be able to go to international starts this year.

"On the other hand, over all these years there were so many promises that were often not fulfilled.

"But we will wait that everything will be fine now."