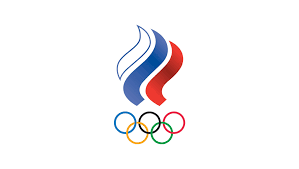 The Russian Olympic Committee (ROC) has said that Russian Anti-Doping Agency (RUSADA) claims "do not match with reality" as the war of words between the organisations continued.

Both bodies have been locked in conflict after the ROC said an audit of RUSADA revealed a "number of significant irregularities in the financial and economic activities" of the doping watchdog.

Another claim was that auditors did not use all of the documents available to them, while the ROC and the Russian Paralympic Committee (RPC) were accused of attempting to "gather information" under the pretext of the audit.

The audit was carried out in March and April and looks into RUSADA's finances for 2018 and 2019.

Ganus has also been accused of "conflict of interest and corruption" by a user on the Telegram messenger app, a claim he denies.

insidethegames has now been sent an ROC statement responding to RUSADA's analysis.

"Claims and allegations that a main purpose of the report was deliberate fabrication of facts against the RUSADA's director general Yuri Ganus aren't matching with reality and are in no way substantially verified," the NOC said.

"The main conclusions of the in-depth audit were not refuted.

"In addition, some of the arguments mentioned in the document clearly contradict with the statements made publicly by the RUSADA's officials previously."

The ROC reiterated its claim that the audit revealed "significant irregularities in RUSADA executives' financial and utilities management".

"But the report does not bring any charges and does not appoint a guilty party or person," the governing body added.

"The report identifies the aspects of RUSADA's financial and utilities management, which, according to the auditors, raise serious concerns.

"Meanwhile, the auditor's report was performed at an appropriate professional level in compliance with international and national standards of auditing.

"Note that there is not a single reference or claims to the RUSADA's operational activities and its workflow on behalf of the ROC and the RPC."

The ROC said it made the audit public after Ganus spoke out on the situation.

His press conference "distorted several key facts" and resulted in "numerous speculations and rumours in the media and public space", the ROC said

RUSADA has also been accused by the ROC of seeking approval for an "already drafted financial audit report" in April 2019, which would be a bypass of normal procedure.

"This represented an obvious violation of the established regulations and already constitutes a significant irregularity in itself," the ROC statement said.

Last week, Ganus released a statement which said he would not take his own life as the row intensified.

He was appointed director general in 2017 and oversaw the World Anti-Doping Agency's (WADA) controversial reinstatement of RUSADA after it was declared non-compliant in 2015.

WADA made the country non-compliant again in December, however, after alleging that doping data received from the Moscow Laboratory had been manipulated.

The ROC statement sent to insidethegames can be seen in full here.