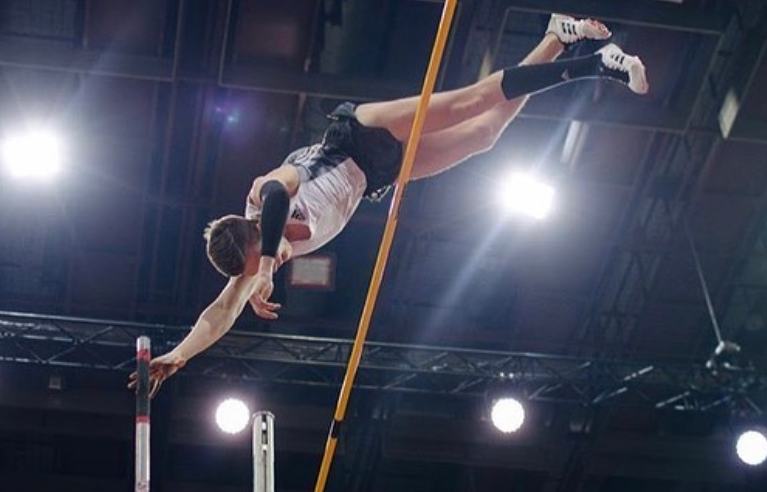 Russia's teenage pole vault star Matvey Volkov intends to continue with his nationality switch to Belarus, regardless of whether the Russian Athletics Federation (RusAF) pays a fine by the August 15 deadline set by World Athletics.

Volkov, who jumped an age record 5.50 metres for a 15-year-old in February, confirmed his plans to represent Belarus last month.

The decision followed the news that Russian athletes may be unable to compete internationally after the suspended RusAF missed a July 1 deadline to pay a fine of $6.31 million (£5 million/€5.6 million).

It followed the Danil Lysenko affair, where Russian officials were accused of forging documents to explain the high jumper's missed tests.

Russian Sports Minister Oleg Matytsin has since given a last-ditch "unconditional" promise to pay the outstanding fine to World Athletics, which led to the governing body setting a new deadline of August 15.

Should the fine not be paid, RusAF is expected to be expelled.

Konstantin Volkov, the father and coach of Matvey, told the Russian state news agency TASS that the potential payment of the fine had not changed his plans, as the country's athletes would have to remain neutral.

Volkov said the family are due to leave for Belarus capital Minsk by car and expected to complete their journey by August 11.

"I can assume that by the time of our arrival in Minsk, Russia will have paid off the debt to World Athletics," Volkov told TASS.

"But what will this change for us personally?

"We were never interested in neutral status, so in any case we would not apply for it.

"I consider this status to be discrimination for athletes.

"As soon as the residence permit is received, we will send all the necessary documents to World Athletics so that Matvey receives permission to compete at Belarusian national starts and in international competitions on an individual basis outside the national team of Belarus.

"If such permission is received, then after gaining a full-fledged Belarusian citizenship Matvey will be able to compete for the national team of this country at any competitions without restrictions."

Konstantin Volkov missed out on competing at the Los Angeles 1984 Olympic Games due to the Soviet Union-led boycott.

He had won a silver medal in the pole vault at Moscow 1980, a Games which saw a boycott led by the United States.

Matey Volkov has said the situation experienced by his father contributed to his decision to seek a nationality change.

An investigation into Lysenko plunged the organisation into further controversy, with seven RusAF officials charged by the Athletics Integrity Unit with obstructing an anti-doping investigation.

The situation contributed to the AIU Board stating in a report earlier this year that the World Athletics Council should consider expelling RusAF.