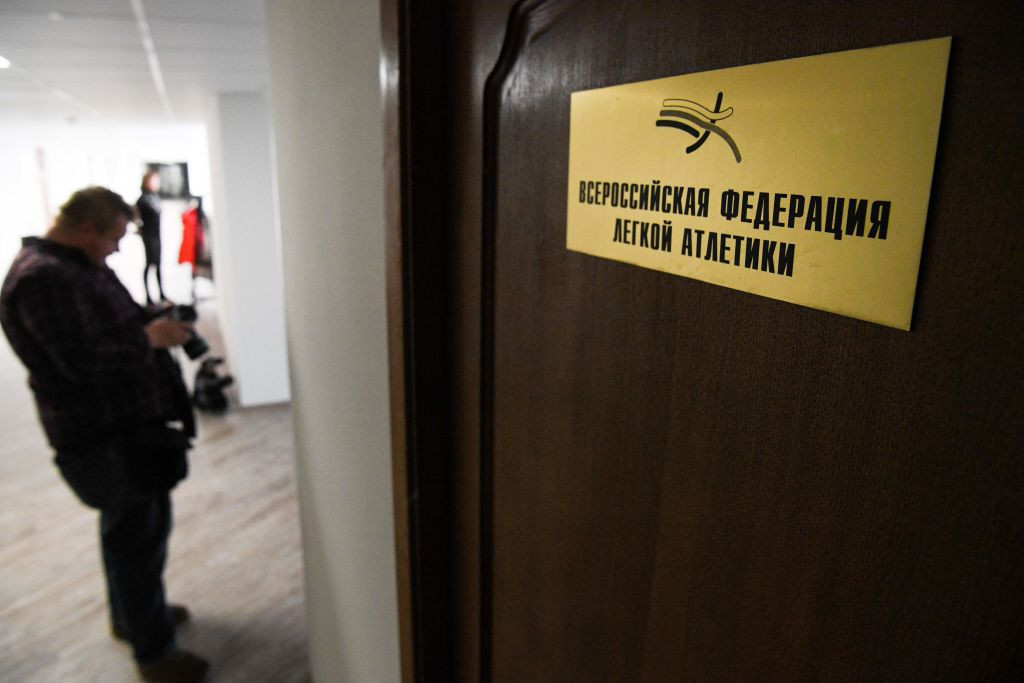 The Russian Athletics Federation (RusAF) has avoided expulsion from World Athletics after Russian Sports Minister Oleg Matytsin made a last-minute "unconditional" guarantee to pay an outstanding fine of $6.31 million (£4.8 million/€5.32 million) by August 15.

The World Athletics Council today approved the acceptance of that offer as part of the recommendation by Rune Andersen, head of the World Athletics Taskforce that has sought to help Russia return to the fold following the federation’s suspension in November 2015 following revelations of an organised doping system.

World Athletics is due to hold a Congress later this year to vote on the expulsion of RusAF from membership of the global governing body if it fails to meet the latest deadline.

Andersen detailed Russia's failures to meet payment deadlines while revealing the commitment from Matytsin to pay the money by the new deadline.

The Norwegian said the Russian Sports Minister had "indicated his intention to support the reinstatement process moving forward".

The suspension of the RusAF will last until at least September 30, Andersen said.

"On the Taskforce recommendation the Council therefore decided to hold a meeting of Congress so that Member Federations can vote on the expulsion of RusAF from membership of World Athletics, but to suspend that decision provided the $6.3 million is paid by August 15 and a draft reinstatement plan is provided by August 31, a final reinstatement plan is agreed by September 30 to be put before Council for approval," Andersen said.

"And thereafter progress is made implementing that plan.

"If those conditions are met, Russian athletes will be permitted to apply to compete as Authorised Neutral Athletes (ANA) in international competitions taking place in 2020.

"The cap of 10 ANAs for World Athletics series events and the Olympic Games that Council imposed in March will apply, although the only such event in 2020 is the World Athletics Half Marathon Championship, in October.

"The cap will be reviewed by the Council not before December 2020 based on the progress made by RusAF in implementing the reinstatement plan.

"If any of the conditions are not met, the decision to hold a meeting of Congress to consider expulsion will come into immediate effect and no further ANA participation will be permitted pending the Congress decision.

"For the sake of clean Russian athletes, the Taskforce hopes that the payment will come through as promised and that the other conditions are being met."

Today's decision marks a huge let-off for Russian athletes, many of whom had feared World Athletics would expel RusAF.

"This has been a tortuous process," said World Athletics President Sebastian Coe.

"I am not going to sit here and say it has been anything other than frustrating both for the Taskforce and for my Council colleagues.

"We set out on the journey knowing we were coming from a long way behind, that you don’t remedy the situation overnight, that the history here has been a sad and deeply ingrained one, and I wished that we had made quicker progress.

"That hasn’t always been helped by the fact that in so many cases we have been a lone voice as a sport in this area, and we have had to plough the field ourselves on most occasions."

Coe added: "But I am pleased that we have made a bit of a breakthrough - it is a start, but it’s only a start - but at least it does allow us now to recognise that the sanction that was given by the Council in March has been recognised, that the exchange of letters is clearly identifying the fragilities they have been struggling with, and I think that gave my Council today some comfort.

"And at least we are now in a position to continue the reinstatement process having at least had a very clear indication that they have accepted the severity of the situation.

"But the proof of the pudding of course will be in the reinstatement plan that we have from them, and that has to be detailed and to be assessed.

"And the Taskforce will have the responsibility of driving that - we are not sitting outside this process, we want to be a part of it.

"And then the Taskforce has the opportunity, once we are in receipt of the report by August 31, we then have another month to make sure that it is absolutely a credible report.

"And only then will we feel that we have the green light to take it to the next stage."

The Taskforce was stood down following RusAF’s failure to meet a July 1 deadline for payment of a $6.31 million as part of reinstatement criteria following the recent scandal involving the 2018 world indoor high jump champion Danil Lysenko.

World Athletics also halted the operation to screen Russian athletes for doping before allowing them to compete in international competition as Authorised Neutral Athletes.

That system allowed one Russian athlete to compete at the 2016 Olympic Games in Rio de Janeiro - United States-based long jumper Darya Klishina - and has since enabled international appearances from the likes of two-time world high jump champion Mariya Lasitskene and Sergei Shubenkov, who has won world gold and silver at 110 metres hurdles.

RusAF’s suspension has been extended more than a dozen times since 2015.

Seven RusAF officials - including then-President Dmitry Shlyakhtin - were charged by the Athletics Integrity Unit last November with obstructing an anti-doping investigation by forging documents to explain missed tests by Lysenko, who now faces an eight-year ban.

World Athletics fined RusAF $10 million (£8 million/€9 million) in March, in lieu of expelling the suspended organisation outright, with half of the payment suspended for two years but some legal costs added.

Matytsin told Russia's official state news agency TASS earlier this week that there "is a possibility that the toughest decisions will be made against RusAF, including exclusion".

On July 3, RUSADA director general Yuri Ganus had said there was a "high probability" RusAF would be expelled.

Before the decision had been made, Lasitskene, Shubenkov and the world pole vault champion Angelica Sidorova had asked for support from France’s former pole vault world record holder Renaud Lavillenie, who as chair of the World Athletics Athletes' Commission is a full voting member of the Council along with vice-chair Valerie Adams.

"We already wrote to you in January, and our request for support remains in effect," they wrote in the letter, according to TASS.

"To date, the procedure for granting neutral status to Russian athletes has been suspended indefinitely.

"We have already missed the 2020 indoor season and are now looking for your help.

"We are active athletes, we fully fulfil our responsibilities and cannot miss another international season due to the actions of the ARAF [RusAF] leadership.

"We hope that you understand us as athletes and we hope for your support."