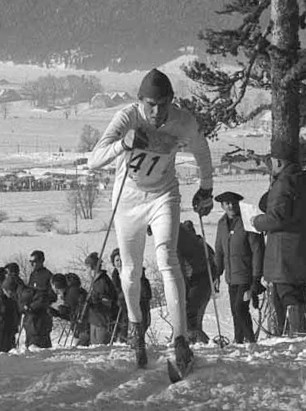 Swedish cross-country skier Jan Halvarsson, who won silver in the men's 4x10 kilometres relay at the 1968 Winter Olympics in Grenoble, has passed away at the age of 77.

The skier passed away in Hammerdal in Sweden, although no cause of death has been given.

Halvarsson was part of the Swedish team to finish behind Norway in the race, holding off Finland for second.

He led the team off, with Bjarne Andersson, Gunnar Larsson and Assar Rönnlund coming afterwards to secure the victory.

Elsewhere at the Grenoble Winter Games, Halvarsson finished fifth in the 15 kilometres, seventh in the 50km and 12th in the 30km.

In 1970, Halvarsson was successful again in the 4x10km relay at the International Ski Federation Nordic World Ski Championships when Sweden won the bronze medal.

May 5th, Swedish Cross Country skier Jan Halvarsson passed away at the age of 77. He represented Sweden at the 1968 Grenoble Winter Games, where he won a Silver medal with the Swedish team in the men's 4x10km relay event.https://t.co/ZLsKGe5e4v pic.twitter.com/Im9cJIWGbl

At the Championships he also had three top 10 finishes in three individual events.

His first career win came at a district level in 1966 at the age of 23 ahead of his break at the Winter Games.

In the Swedish Championships, he claimed victory in 1968 in the 50km and three times won the national relay title.

He was also well-renowned for his waxing skills internationally and later became responsible for the Swedish national team, but left his position after disagreements with the National Federation.

Halvarsson was last reported running a joiner's workshop in Hammerdal before his death.