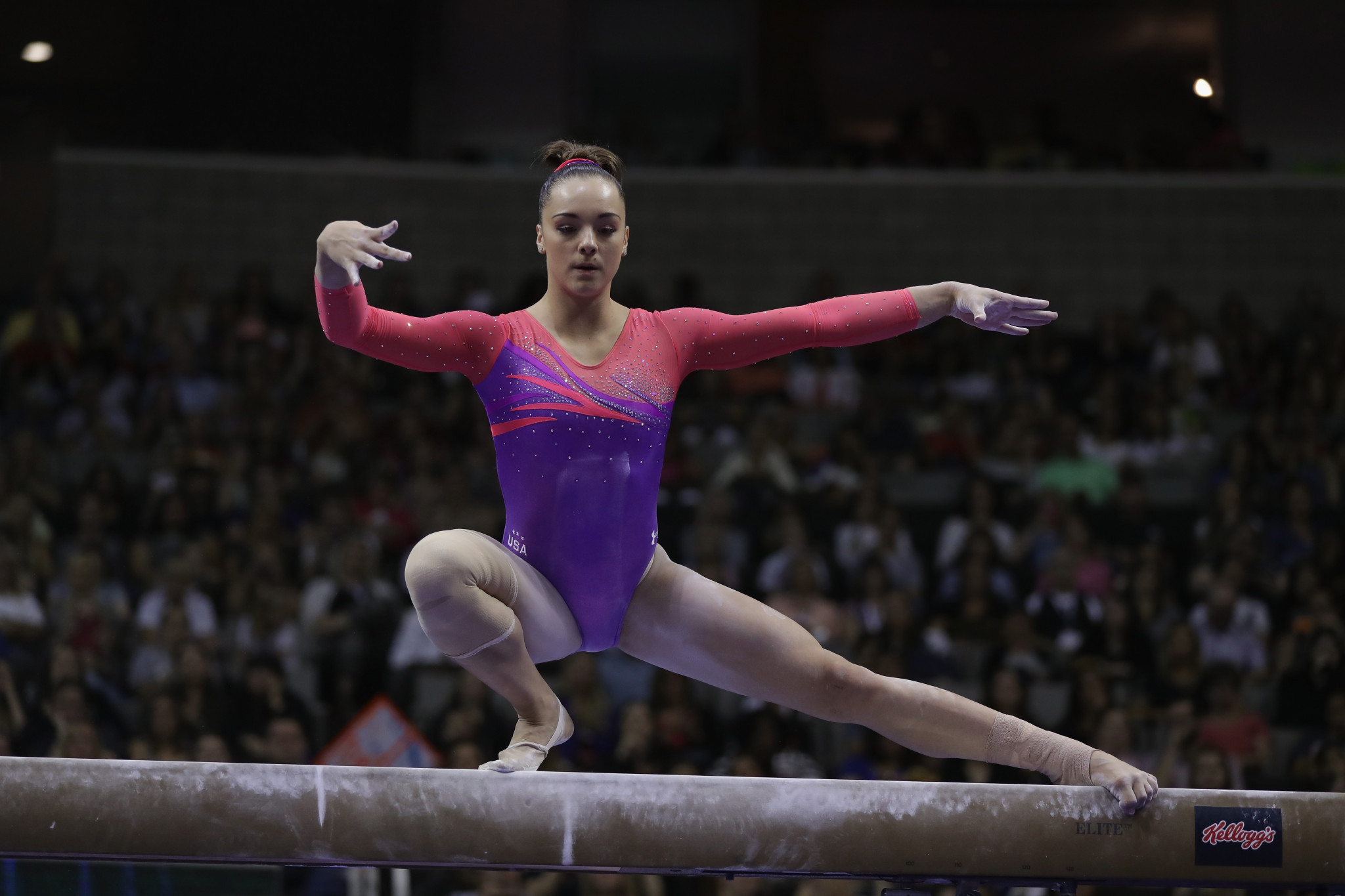 A Netflix documentary film detailing the abuse scandal in USA Gymnastics, Athlete A, has been well received by audiences after its release on the streaming service on June 24.

Throughout it shows interviews with former national team gymnasts, giving their accounts of the abuse they suffered.

Denhollander was the first to come public with her accusation when she told The Indianapolis Star of her allegation.

It also uncovered systemic emotional abuse and strict dieting of the gymnasts in question, often linked to the adoption of the Eastern Bloc nations training methods in the 1980s to replicate their successes.

USA Gymnastics allegedly ignored the sexual abuse by Nasser despite athletes coming forward about the physician's misconduct, with the documentary suggesting that the governing body were more interested in profit over the welfare of its gymnasts.

Nichols, who is the titled "Athlete A" for being the first to come forward to USA Gymnastics about the abuse in 2015, has since retired from international competition in wake of the abuse and has recently finished her final year of eligibility at the University of Oklahoma.

There she won eight gold and three silver medals at the National Collegiate Athletic Association Gymnastics Championships over three years.

Her retirement came after she was not selected for the Rio 2016 Olympics team for the United States with five gymnasts being selected as well as three alternates.

After returning from a knee injury, she finished sixth at the Olympic trials, but would not be picked as an alternate either.

Families of the 12 gymnasts at the trials were shown during its broadcast except Nichols' parents, suggesting her omission was intentional.

Former USA Gymnastics President Steve Penny, who resigned in 2017 during the scandal, faces two to 10 years in prison for alleged tampering of evidence.

Penny fired Nassar in 2015, but claimed that he had retired and did not inform the United States Olympic and Paralympic Committee (USOPC) or Michigan State University - where he held his medical practice - about the sexual abuse allegations.

It allowed Nassar to be undetected in further sexual abuse for another 15 months before his arrest.

During a Subcommittee hearing in the US Congress, Penny pleaded his fifth amendment right on every question asked of him, choosing not to answer.

Nassar pleaded guilty to child pornography charges and was sentenced to 60 years in prison as part of a plea deal in December 2017.

A month later, he received a further 40 to 125 years to add to his prison sentence.

During his January sentencing more than 150 women made impact statements at Nassar's hearing.

Michigan State University faced 144 lawsuits from local and MSU athletes who claimed they were sexually assaulted by Nassar, while MSU gymnastics coach Kathie Klages resigned from her post in 2017.

In February, Klages was found guilty on two counts of lying to the police and faces four years in prison.

It is thought that Nassar sexually assaulted at least 250 women and young girls dating back to 1992 including the US most successful gymnast in its history Simone Biles, who revealed in 2018 that she had been abused by Nassar.

Critics have praised Athletes A, directed by Bonni Cohen and Jon Shenk.

Adam Graham from Detroit News, said: "There's a lot here, but 'Athlete A' handles its material lithely, moving smoothly between Nassar's survivors, the journalists who broke the story and the big picture of gold medals, Summer Games and national pride."

Steve Pond from TheWrap described the documentary as: "[A] devastating indictment of the culture of mental and physical abuse that flourished for years at U.S. Gymnastics."

Jake Coyle of Associated Press wrote: "After 'Athlete A,' you may never again watch America's pursuit for gold with quite the same enthusiasm."

Athlete A is a tribute to the brave women of the USA Gymnastics team who refused to be silenced and fought the system. pic.twitter.com/8BcJDVjP9a

Biles was recently named as a plaintiff in the ongoing lawsuit against USA Gymnastics and the USOPC alongside around 140 other victims of Nassar.

In February, USA Gymnastics offered a $215 million (£174 million/€191 million) settlement to the survivors on the condition that the USOPC would be released from liability and that no past or present member of staff from either governing body would have to provide a testimony.

This offer was rejected and was heavily criticised by the lawyers of the victims as well as the victims themselves.

Recently, USA Gymnastics suspended Maggie Haney, the former coach of Olympic champion Laurie Hernandez, for eight years due to emotional and verbal abuse of her athletes.

However, Hernandez also hit back at the governing body for its delayed response, with the allegations being made in February.