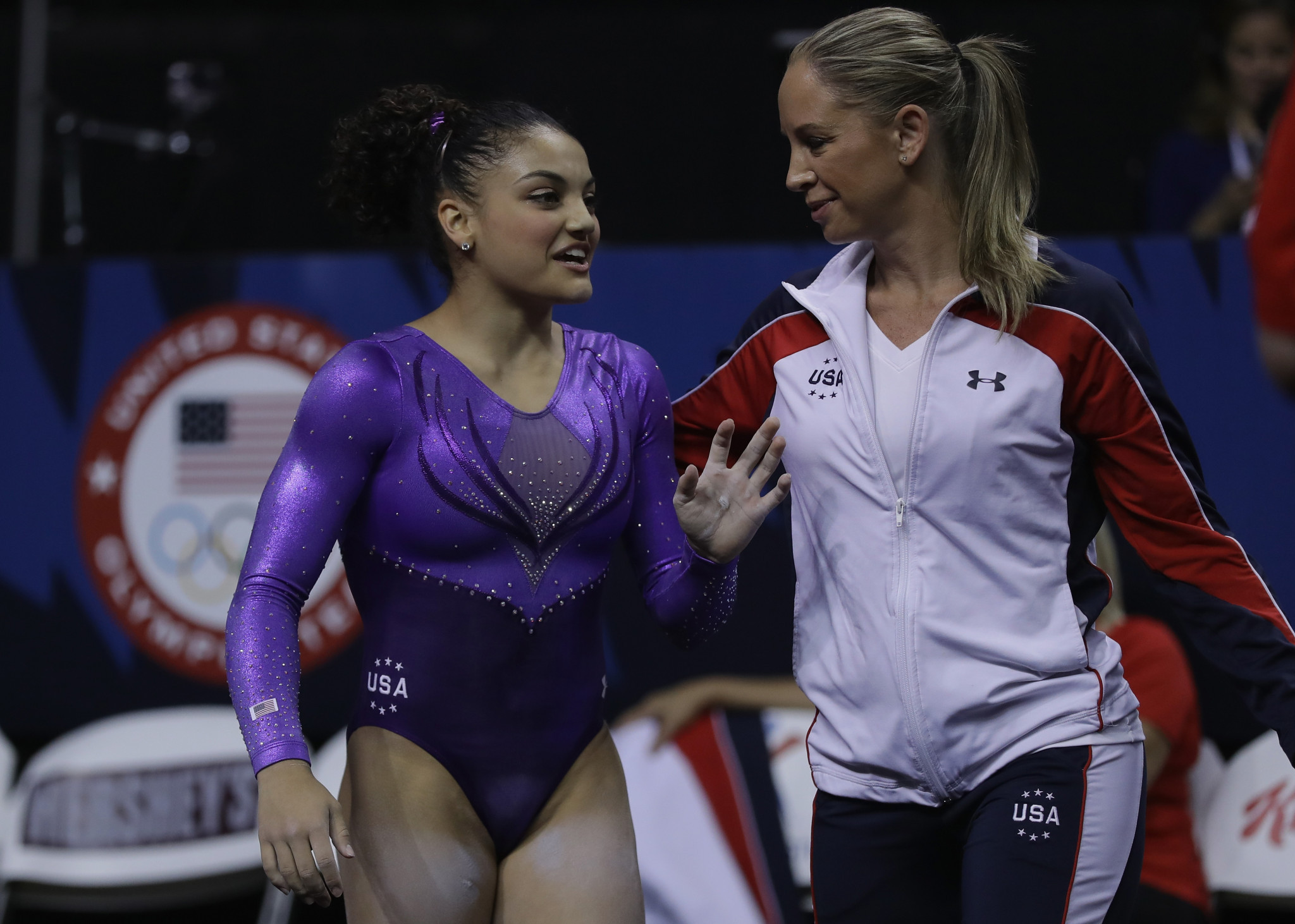 Haney was suspended by USA Gymnastics in February amid allegations of emotional and verbal abuse of athletes.

The coach had also been accused of pressuring athletes to compete while injured.

It was alleged that Haney had screamed, threatened, bullied and harassed American gymnasts.

Both Hernandez and Riley McCusker, a member of the 2018 squad which earned World Championship gold, reportedly testified against their former coach.

Haney has been defended by several National Collegiate Athletic Association Division I gymnasts and former US national team coaches, however.

According to the Orange County Register, a three-person panel ruled that Haney had failed to "provide a safe, positive and healthy environment with a culture of trust and empowerment".

She was also found to have "engaged in severe aggressive behaviour toward a minor that included teasing and ridiculing that was intended to control and diminish another person".

USA Gymnastics have confirmed Haney has been given an eight-year suspension.

Haney can reapply for membership following the completion of the ban, which would depend on her completing specified Safe Sport courses.

She would also be placed under a two-year probation.

Haney is not allowed to attend any USA Gymnastics events during the suspension, other than to take and attend her daughter's competitions.

"The independent hearing panel – comprised of three members of the gymnastics community, including an attorney, a club owner, and a former national team athlete – found that Ms. Haney violated the USA Gymnastics Code of Ethical Conduct, Safe Sport Policy, and other policies.

"As a result, the hearing panel determined that Ms. Haney is suspended from membership, and any coaching of USA Gymnastics athletes or in member clubs, for a period of eight years, effective immediately, followed by a two year probationary period.

"After the suspension concludes, Ms. Haney may reapply for membership after submitting proof of completing certain specified Safe Sport courses."

Her lawyer Russell Prince told the Orange County Register that he expected the decision to be appealed.

"The ruling is regrettable but in no way surprising considering the heavy handed nature of the investigative and hearing process," said Prince.

"There is no fundamental fairness to the manner in which these matters are resolved.

"Clearly, I would anticipate an arbitration."

USA Gymnastics had been forced to apologise last week after a "calendar error" meant the organisation had told parties to expect a decision on the case on April 22, rather than April 29.

The organisation is facing the threat of bankruptcy due to the fallout from the Larry Nassar sexual abuse scandal.

Should the survivors vote to accept the settlement, offered by USA Gymnastics as part of a plan for the organisation to emerge from bankruptcy, the body's former President Steve Penny, former coaches Martha and Béla Károlyi and other US Olympic officials would be released from liability.

More than 350 women are thought to have been abused by Nassar, who was given an effective life sentence by a Michigan court in 2018 for sexually abusing dozens of young female gymnasts.