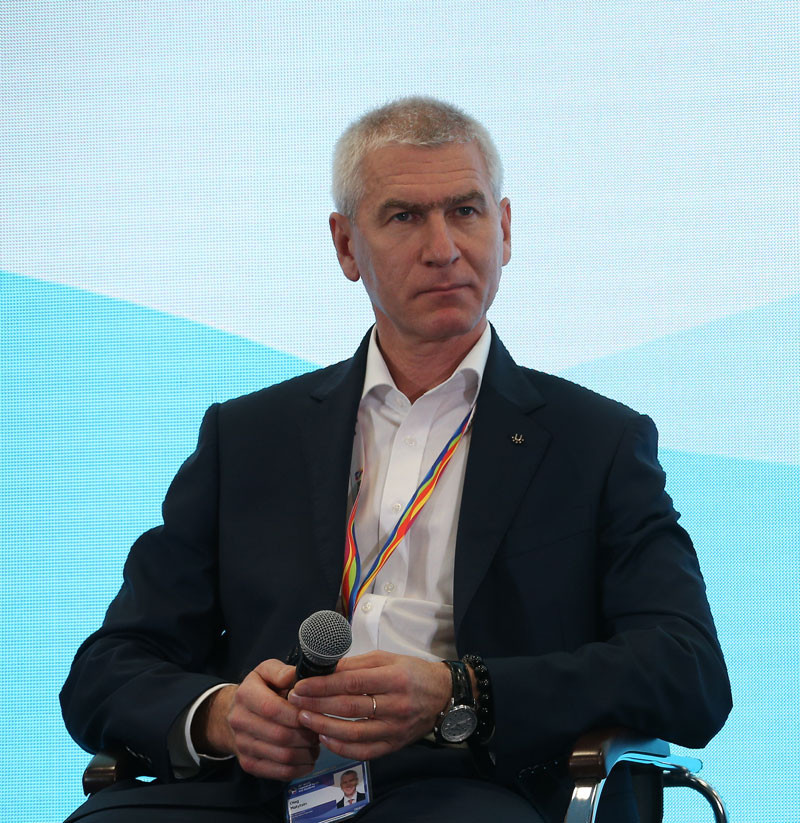 Russian Sports Minister Oleg Matytsin says the country's athletes must be allowed to compete as neutrals in international competition, even if the country's athletics federation does not pay a $5 million (£4.02 million/€4.44 million) fine by the start of July.

The Russian Athletics Federation (RusaAF) was hit with a $5 million fine in March, after the previous administration, led by Dmitry Shlyakhtin, was found to have falsified documents to explain the reasons for World Championship high jump silver medallist Danil Lysenko.

World Athletics say the penalty has to be paid by July 1 otherwise the country's athletes will lose the right to compete internationally at any status.

"We protect the interests of pure athletes and do everything necessary to ensure that even in a neutral status, World Athletics does not violate their right to participate in competitions," said Matytsin, as reported by Russia's state news agency TASS.

"This is not connected with the sanctions that World Athletics imposed on the athletics federation.

"I believe that World Athletics must definitely comply with the charter and let our neutral athletes participate in international competitions."

Russian athletes have only been able to compete as neutrals internationally for the past four years, with the one exception being long jumper Daria Klishina at Rio 2016.

Matytsin said it would be a "tragedy" if Russian athletes were not able to compete under their own flag at the rearranged Tokyo 2020 Games.

"Although athletics is easy, the question is certainly not easy," said Matytsin.

"Athletes have a difficult period that we are going through together, it requires people to consolidate even more.

"Here, of course, there is a legal aspect, there is an aspect related to the development of athletics within the country.

"I am glad that, in principle, the federation is now very active in anti-doping propaganda and in cooperation with athletes.

"The interaction is built, let's say, with World Athletics, but it’s very difficult to change the situation in one second.

"We hope for a constructive solution.

"Again, we proceed from the fact that the most important thing is the athletes.

"Some of the athletes didn't take part in the Olympic Games in 2016, and, of course, there will be a tragedy for them.

"If they don’t speak, we will hope for the most optimistic forecast."