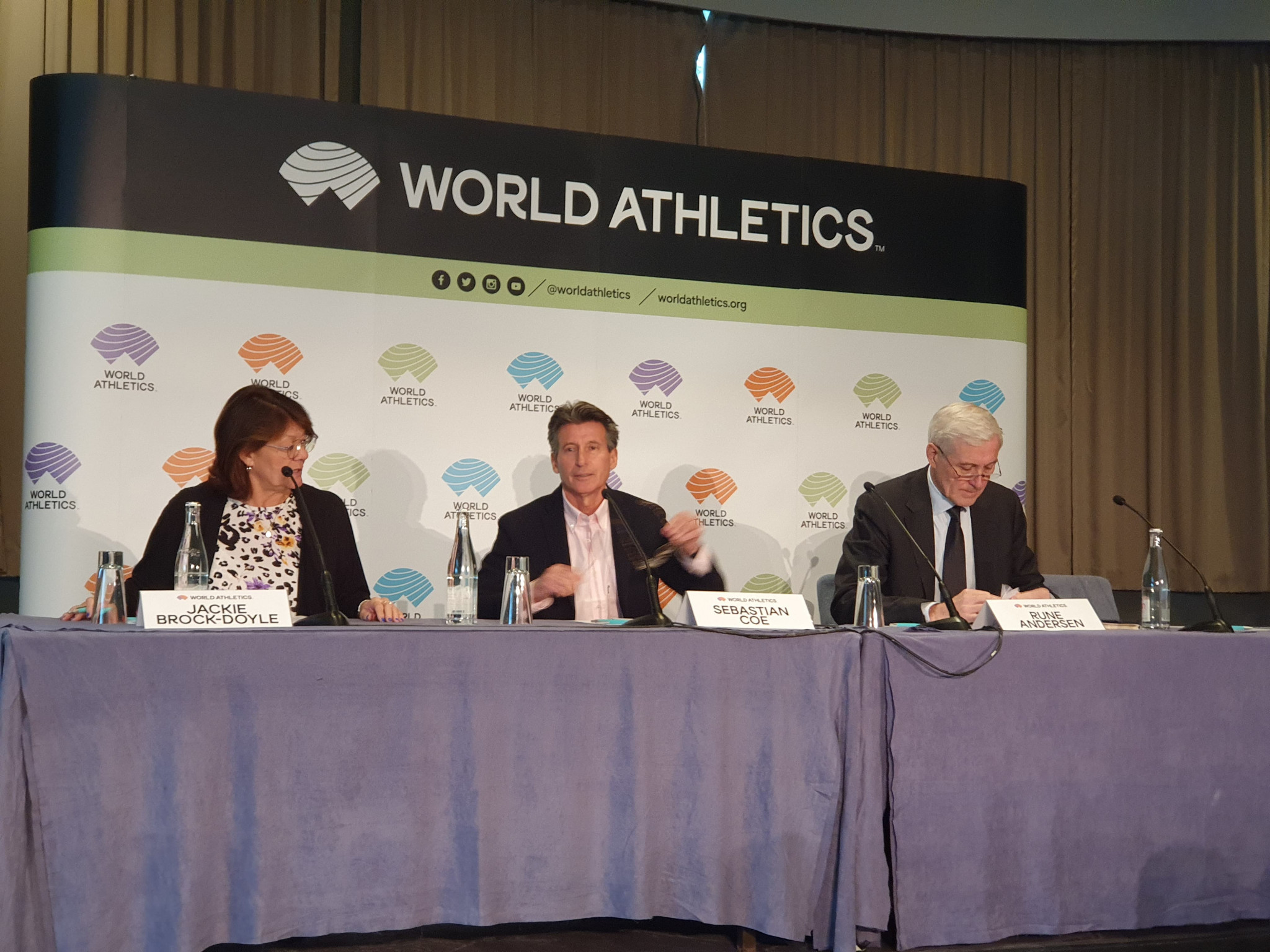 World Athletics have reinstated the Authorised Neutral Athlete (ANA) process with a cap at 10 athletes, while the Russian Athletics Federation (RusAF) have been fined $10 million (£7.9 million/€8.9 million) it was announced here today.

Should the payment not be made the ANA process will be suspended.

The remainder of the fine will be suspended for two years.

However, RusAF would have to pay immediately if during that period should a further breach of the Anti-Doping Rules occur or should the organisation fail to make meaningful progress towards satisfying the reinstatement conditions.

The last report of the Task Force in November led to the Council suspending the process of reinstating RusAF, with the potential expulsion body considered following charges against its officials over the obstruction of an investigation concerning high jumper Danil Lysenko.

The system of allowing Russian athletes to compete as Authorised Neutral Athletes was also halted.

The charges led to the resignation of Dmitry Shlyakhtin as RusAF President, with Yevgeny Yurchenko elected as his replacement last month.

Yurchenko last week announced RusAF had "fully acknowledged" the charges made by the AIU regarding the previous leadership.

The acknowledgment has led to RusAF avoiding expulsion from World Athletics, with the fine serving as the sanction.

The AIU process was reinstated under revised conditions.

A decision was taken introduce a cap of 10 neutral athletes, which will apply to major events.

World Athletics say the cap at 10 athletes is aimed at helping to trigger change in Russian athletics.

This will included the Olympic Games, as well as other World Athletics and European Athletics senior events.

Eight of the 10 athletes will come from the Athletics Integrity Unit's registered testing pool.

“They were very clear about their desire to be part of that change process and they made some very helpful observations around coaching and the need for a cultural shift," Coe said.

“They want to be part of the solution and clearly they wanted to be protective of their ability to compete, particularly as authorised neutral athletes."

RusAF will be able to select the remaining two athletes, provided the athletes qualify for ANA status.

“The cap will be reviewed at the end of the year to decide whether it should remain the same or go either up or down," Andersen said.

“The idea is to create an incentive to start making real changes.”

There is no restriction on the number of ANA athletes that can compete in international one-day events around the world, once they have been granted ANA status by World Athletics Doping Review Board.

“The package of sanctions approved by the Council today reflects the seriousness of RusAF’s wrongdoing and sends a clear message that we take these types of offenses by our Member Federations extremely seriously," Coe said.

“We have consistently tried to separate the clean athletes from a tainted system, which is why we have reinstated the ANA process for athletes from Russia, enabling them to once again compete in international one-day competitions and earn prize money, but we have restricted the number of athletes eligible to compete in senior International and European events, including at the Tokyo 2020 Olympic Games.

“Clearly the previous measures were not enough to change the culture in Russian athletics.

“We hope this further measure will be sufficient to provoke real change.

“The decision to suspend half of $10 million (£7.9 million/€8.9 million) fine for a period of two years is predicated on the cultural and behavioural change we want to see across all structures in athletics in Russia.

“But we need to be clear, if the initial sum of $5 million (£3.9 million/€4.4 million) is not paid by 1 July 2020, then the entire decision made today will be revisited and could result in the ANA status being revoked indefinitely.

“The Council feels severely let down by the previous RusAF administration, which is why it has approved a new set of criteria for reinstatement of the Federation.

“This requires the new administration to set a clear roadmap for reinstatement, to be approved by Council, and greater oversight of the roadmap process by independent international personnel based in Russia.”

The Commission will include the Russian Sports Ministry and Russian Olympic Committee officials, as well as representatives from the Russian Anti-Doping Agency and the RusAF Athletes’ Commission.

Two international experts designated by World Athletics will participate in the work and meetings of the Reinstatement Commission, with RusAF bearing the costs.

The Commission will be tasked with drawing up a detailed plan to ingrain a zero tolerance for doping culture in Russian athletics.

The plan will be subject to approval by the World Athletics Council.

The two international experts will work with RusAF to ensure the plan is effectively implemented and a cultural change occurs in RusAF’s processes and decision-making.