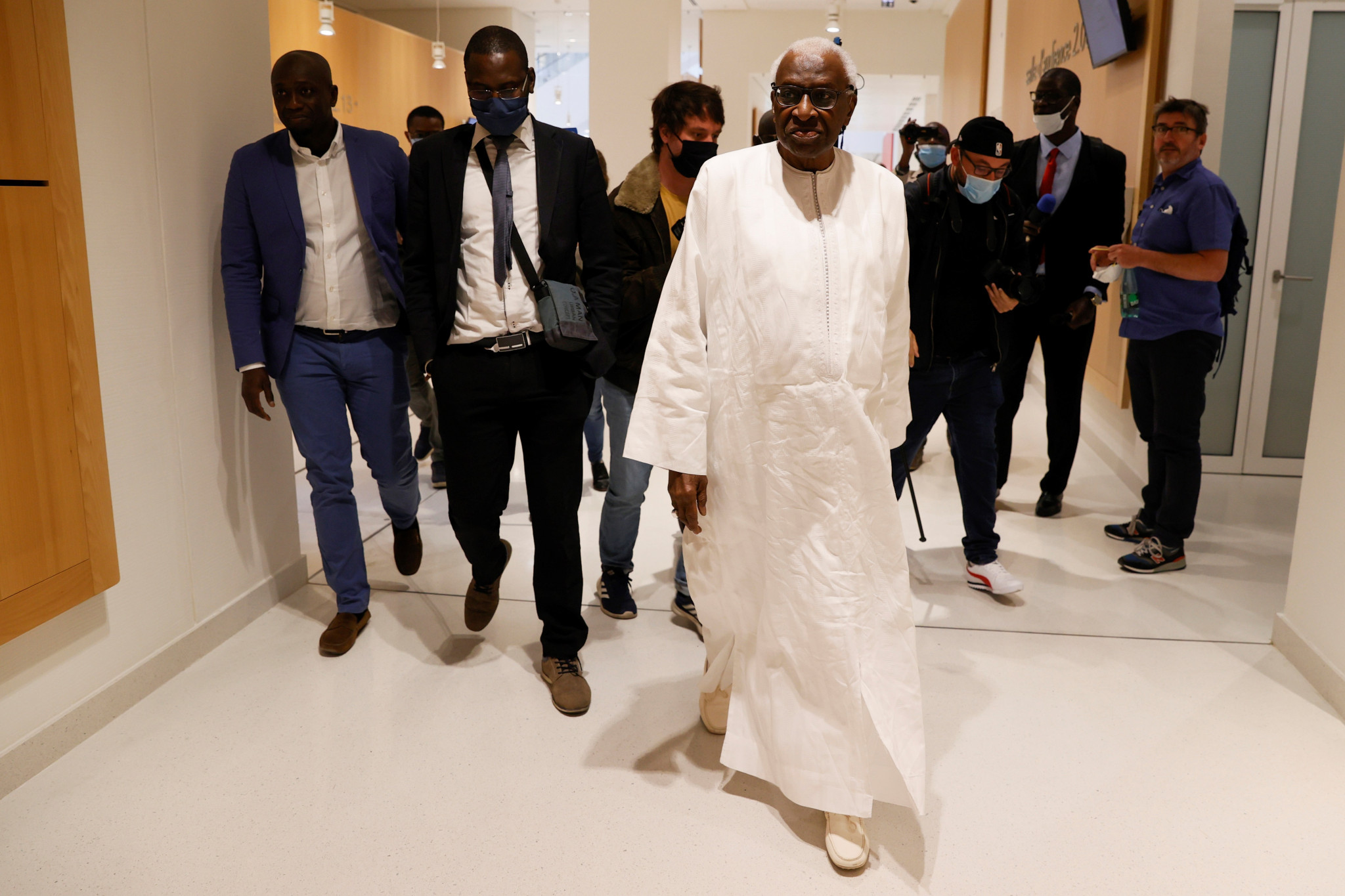 Lawyers for former International Association of Athletics Federations (IAAF) President Lamine Diack say he should not be made a "scapegoat" at his corruption trial in Paris.

Speaking today one of Diack's lawyers Simon Ndiaye said his client should not be made a "scapegoat" in the case, as reported by Associated Press.

"Resist the temptation to make this case an exemplary case, and Lamine Diack a scapegoat to purify the IAAF."

Meanwhile, another of Diack's lawyers William Bourdon called for his client's age to be taken into consideration when the verdict, expected in September, is announced.

"Do not take a decision that stops him from dying with dignity, surrounded by his loved ones, on his native land," Bourdon told judges.

"He {Diack} has already been very heavily punished and chastised."

He has been under house arrest in Senegal since 2015.

Also being tried as part of the case is Lamine Diack's son Papa Massata, who refuses to be extradited to France.

Prosecutors have requested a five-year prison sentence and €500,000 fine against Papa Massata.

Former RusAF President Balakhnichev has been speaking to Russian media about the case, describing the case against him as "shameful" and "anti-Russian".

"For me, the opinion of the law enforcement agencies of the Russian Federation that investigated this case is important," Balakhnichev, told TASS, Russian state news agency.

"I have an official letter from the Investigative Committee, which says that there is no evidence in this case.

"There is no evidence from the French prosecutor’s office, the case is built in words, on some pieces of paper printed on a printer, which is not evidence.

"This case is anti-Russian and contains many procedural violations.

"I consider the content of the court pointless and ridiculous."

Prosecutors are calling for Balakhnichev, who served as President of RusAF between 1990 and 2015, to be sentenced to four years in prison and ordered to pay a fine of €1.8 million (£1.62 million/$2.01 million).

Balakhnichev says he expects to be convicted of corruption and added: "I do not expect any excuse and concessions, now I think about my participation in the appeal process, about whether I can pull it financially because it is expensive.

"I do not hope for a positive decision.

"After that, it will be necessary to apply not to the highest judicial bodies of France, but to the European Court, since the rules of procedural law were violated in this case."

Meanwhile, the Chairman of the Sports Law Commission of the Russian Bar Association Sergey Alekseev said Balakhnichev would not be extradited in the event of a conviction.

"In the event that he {Balakhnichev) is convicted and criminally punished in France, the extradition mechanism provided for in international law will not work," said Alekseev.

"In accordance with applicable law, citizens of the Russian Federation who are considered criminals in other states, if they stay on the territory of our country, they are not subject to extradition."