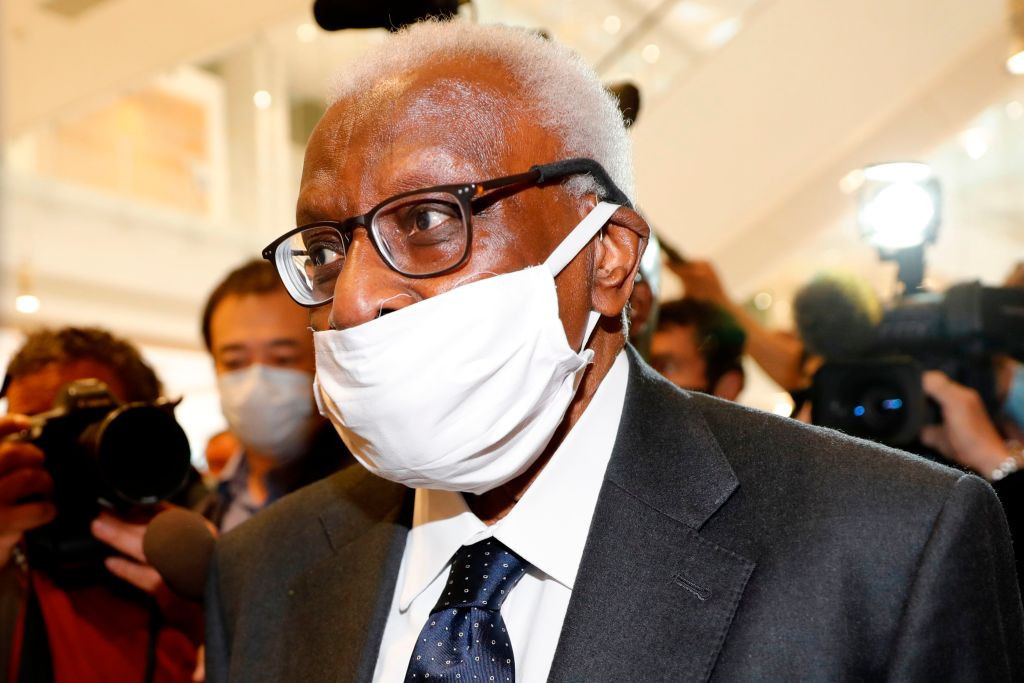 A request from Papa Massata Diack to postpone the trial where he and his father Lamine stand accused of corruption and money laundering linked to the Russian doping scandal has been rejected as six days of hearings began in Paris today.

Papa Massata's legal team had asked for a delay as two of his lawyers were unable to travel to the French capital because of travel restrictions imposed due to the coronavirus pandemic.

The request was briefly considered before being turned down, with the prosecution claiming Papa Massata - who refuses to be extradited from Senegal - was playing "cat and mouse" with the French court.

Disgraced former International Association of Athletics Federations (IAAF) President Lamine Diack, accused of corruption, influence-trafficking and money laundering, arrived for the opening of the trial - which had been adjourned in January after new evidence emerged - today.

The 87-year-old stands accused of covering up Russian doping cases, so they could compete at major events including the London 2012 Olympic Games and the 2013 World Championships in Moscow, in exchange for cash.

Diack, who has been under house arrest since the investigation began, spoke today to confirm his identity and is due to testify on Wednesday (June 10).

The Senegalese could spend the remainder of his life in prison if convicted as the charges carry a maximum sentence of 10 years.

Papa Massata Diack also faces corruption, money laundering and breach of trust charges and could be convicted in absentia.

Dolle denied taking bribes and told the court he had helped keep a low profile on Russian doping cases to boost the IAAF's chances of securing sponsors.

"Mr Diack had asked me to consider the fact that the IAAF was in a perilous financial state and needed sponsors," he said.

"There was never any question of allowing the Russian athletes to participate in international competitions."

Prosecutors also allege Diack obtained Russian funds for political campaigns in Senegal, including Macky Sall's bid for the 2012 Senegal Presidential election, in exchange for the IAAF anti-doping arm covering up offences by the country's athletes.

"The fact financial exchanges took place is not enough on its own to prove corruption," Diack's lawyer William Bourdon said.

The case could have far-reaching consequences for sport and the International Olympic Committee, but will initially only focus on the claims relating to positive drugs test from Russian athletes.

Diack was a member of the IOC between 1999 and 2013 but stood down as an honorary member in 2015 following his arrest in France.