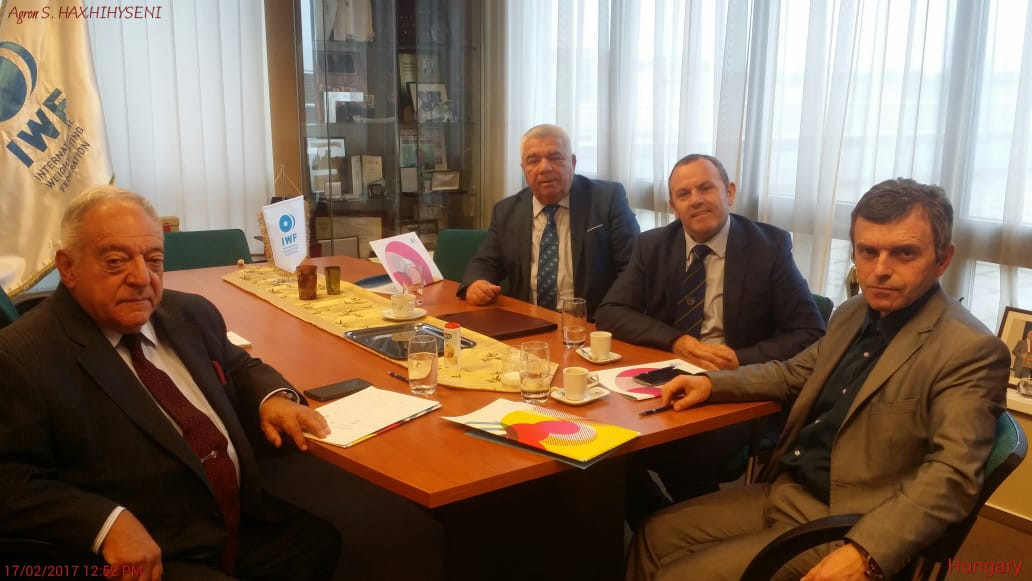 He said that Tamás Aján, whose corrupt reign at the International Weightlifting Federation (IWF) was exposed in the McLaren report last week, had not personally asked for the payment in cash.

It was paid that way, delivered to the IWF offices in Budapest, Hungary, by three men from the Albanian Weightlifting Federation (AWF), to be sure of making the deadline, he said.

Aján and the AWF had earlier come to an agreement, he said, to allow Albania to compete "on promise of payment" in 2016 when it should, under IWF rules, have been suspended.

This was an example of Aján being "very helpful to smaller federations" said the AWF general secretary at the time, Agron Haxhihyseni.

Haxhihyseni would not criticise Aján, despite being a supporter of his big rival in the past two IWF Presidential elections, the Italian Antonio Urso.

"It is not correct, they should have opposed him when he was President, not wait until now.

"I cannot speak for others, but for me he was very helpful to smaller federations."

Haxhihyseni said the account of the Budapest cash dash in the McLaren investigators' report, based on second-hand information, was inaccurate.

The money which Haxhihyseni and two colleagues took in suitcases from Albania to Serbia and on to Hungary was euros, not dollars, he said.

The mayor of Tirana, the Albanian capital, had donated a large sum to enable the AWF to pay the fine, which they did the day before entries for Rio were closed.

"We could not use a bank transfer because it can take too long in Albania," said Haxhihyseni.

The McLaren report stated that the general secretary of Albania's National Olympic Committee, Stavri Bello, had complained about the fine at Rio 2016 to "a confidential witness" but Bello did not speak to McLaren's investigators.

He told insidethegames that it was normal for a federation to pay fines, said the NOC did not contribute to them, and said the story was "about the competency of the Albania Weightlifting Federation, and they are autonomous on running their organisation".

Haxhihyseni said there was no demand for cash from Aján or the IWF.

"The Board of the Albanian Federation decided we must pay in cash, and we drove to the IWF offices in Budapest, paid the money and got a receipt from Aján's secretary," he said.

The problems started for Albania in May 2014 when Arberi Cerciz, then aged 17, tested positive out-of-competition.

Among the three was Romela Begaj, who had become Albania's first gold medallist in the World Championships of any sport, only to lose her medal on disqualification.

"At the World Championships of 2015 in Houston, Texas, the President of the Albanian Federation, Elez Gjoza, signed a statement that AWF will fulfill its duty of the fine so Tamas Aján permitted us to take part in the 2016 European Championships in Forde, Norway," Haxhihyseni said.

IWF rules at the time, in the 2015 Anti-Doping Policy, stated that the fine must be paid within six months, that a nation would be suspended until it was paid in full, and that default of payment would lead to a one-year suspension.

Albania did not pay within six months, and was not suspended.

"The Mayor of Tirana rescued us by giving the money," said Haxhihyseni, a former athlete and coach who won bronze medals at the European Championships, and who has written a book on weightlifting in Albania.

"We changed the money from Albanian lek into euro, and drove to Serbia, then into Hungary.

"I declared the money at both borders, and explained with a document from the IWF that it was payment of a fine.

"We delivered it to the IWF offices – me, Elez Gjoza and Honorary President Gudar Beqiraj.

"On the way home we showed the receipt to account for where the money had gone."

Haxhihyseni left the AWF in 2018, and is currently translating a book about the great Soviet lifter Leonid Zhabotinsky into Albanian.