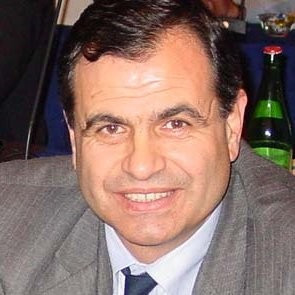 Albania’s Olympic Committee says its national weightlifting federation has “created a system that does not help clean athletes” and is at risk of being banned from the Tokyo 2020 Olympic Games.

The Albanian National Olympic Committee (KOKSH) has dropped weightlifting from the country's 80-strong team for the Mediterranean Games in Tarragona, Spain next month, and is strongly critical of those who govern the sport at the Albanian Weightlifting Federation (AWF).

Top weightlifters reacted angrily last week when they were told they could not compete in Tarragona, and one of them met the President of Albania to ask for help, but there will be no going back on the decision.

The AWF’s entire Executive Board should have resigned after the latest doping scandal, KOKSH decided in a vote by its own board recently.

Stavri Bello, the secretary general of KOKSH, fears that Albania will be banned from Tokyo 2020 unless there is a complete overhaul of the national federation.

Bello has invited Antonio Urso, President of the European Weightlifting Federation, to Tirana on May 21 in the hope that he can persuade the AWF to move in a new direction.

“We know that if we have one more positive athlete this year we could be suspended for four years, we will be prevented from competing in Tokyo,” said Bello.

Any nation with three or more positives in a calendar year faces a four-year ban, double the previous maximum, since the International Weightlifting Federation (IWF) adopted a tough new anti-doping policy last month.

Albania has had two recent positives: Romela Begaj at the IWF World Championships late last year, and Evagjelia Veli in March - taking their total in recent years to 11, which already means they have a reduced quota of places at Tokyo 2020.

Begaj’s positive, her second offence, led to the resignation of Elez Gjoza as President of the AWF; his replacement, Theodhor Masllavica, took office in early April.

Veli tested positive out of competition, only days after signing a contract with KOKSH for an Olympic Scholarship, funded by the International Olympic Committee.

Because of her doping case she loses that scholarship and the contract process must be started again, because the eight Albanians from all sports who were awarded one - now seven - are treated en bloc.

Bello said the AWF did not attend any of its Mediterranean Games planning meetings, had refused a proposal to educate its coaches in Hungary, had taken no responsibility for their doping problems, and was guilty of “bad governance”.

“There has been no statement or opinion from the federation’s new president, no press release,” said Bello.

“Eleven doping cases in the past few years and only athletes have been punished, not one coach, not one administrator or policy maker for the national federation.

“I have transmitted this message to the athletes - that nobody is being punished apart from you.

“We need to educate the coaches.

"We have had a lot of cases of doping, and not one of the coaches has been held responsible for that situation.

“We want to support weightlifting.

"We showed our support by securing a scholarship for Evagjelia Veli - then she tested positive.

“We proposed sending coaches to Budapest University - they said No.

“We held five meetings to discuss preparations for the Mediterranean Games with the Ministry of Education, Sport and Youth, and all other participant federations - but the AWF did not attend one of them.

“The new President has said nothing."

Bello added that they are "fighting against a system created by the Albanian Weightlifting Federation that does not support clean athletes, that gives no chance to young athletes.

“We want to protect clean athletes, we want our message to go not just to the AWF but to the entire weightlifting community in Albania.

“Of course it was a good sign for the last President to resign, Elez Gjoza, but it is not enough.

“The responsibility for all these problems was not just with the President, it is with the system that they created.

“The Executive Board remained, and is still there.”

This culture of doping, and the governance problems prompted the executive board of KOKSH to vote, on March 26, to drop weightlifting from their Mediterranean Games team.

Bello originally said the weightlifting federation was suspended for two years by KOKSH, though he told insidethegames this week that for now, the suspension applied only to the Mediterranean Games.

Asked if it might be extended to the Olympic Games in future, he said, “That will be a decision of the executive board.”

Selection of teams for straightforward weightlifting competitions is the responsibility of the AWF, but for multi-sport competitions – Mediterranean Games and Olympic Games – the Olympic Committee is in charge of registrations.

Bello is arranging to meet AWF officials in the next few days to discuss the future.

Meanwhile, athletes from other nations which will have reduced quota places for Tokyo 2020 have been suspended for four to eight years for doping offences.

Sanctions announced by the IWF this week, for offences committed in 2017, include eight-year bans for the Moldovans Alexandr Spac and Iuri Dudoglo, both of whom have served two-year suspensions before.

The 19-year-old Russian Nikolay Panayotidi lost second place in the 105kg, while Azerbaijan’s Isa Rustamov, 18, was disqualified from the 69kg, in which he finished sixth.

The 16-year-old Iranian Mohammad Shahabandaz, who was fourth in the super-heavyweights at last year’s Youth World Championships, has also been suspended for four years after testing positive at the Asian Youth Championships.

Shahabandaz was Iran’s first positive in international competition since 2014.