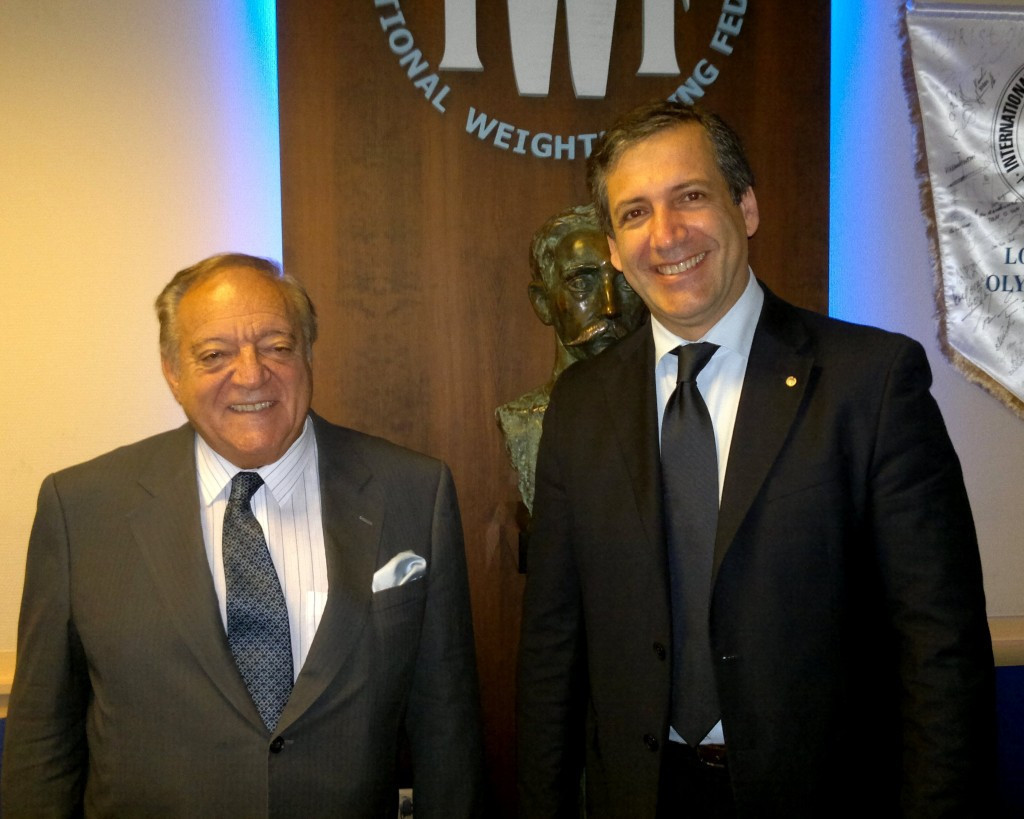 The man who was twice beaten by Tamás Aján in elections corrupted by bribery is considering suing the disgraced former President of the International Weightlifting Federation (IWF).

Antonio Urso, the Italian whose challenge for the IWF presidency was defeated in rigged elections in 2013 and 2017, according to the McLaren Independent Weightlifting Investigation, said he expected the Swiss judiciary system to take criminal proceedings against Aján and would await their outcome before acting.

The McLaren report revealed that Aján was responsible for widespread corruption during his "autocratic" reign, in finance, doping cover-ups and vote-buying.

Aján, who said the report’s findings were "unfounded", resigned in April after 44 years in senior roles at the IWF, having earlier resigned his honorary membership of the International Olympic Committee (IOC).

Urso said that Aján had tried to manipulate elections for the European Weightlifting Federation presidency too, in an attempt to keep him out of the sport.

McLaren laid out details of corruption at the 2017 IWF Electoral Congress in a section headlined: "How a presidency is bought."

"I can say this about the Thailand congress: without that money from Ajan I was the President of the IWF. I won," Urso said.

"That corruption caused big damage for the sport, for the IWF, and for me personally."

The IWF is registered in Lausanne and subject to Swiss law.

McLaren and Ursula Papandrea, Interim President of the IWF, said last week that they would pass on information to law enforcement where appropriate in Hungary and Switzerland.

"I will follow what the Swiss courts decide and I will talk with my lawyer," said Urso.

He said he was planning to seek damages from Aján in court.

Urso, who was a national champion and successful coach before he became an administrator, said it was "impossibly difficult" to defeat Aján given he was using IWF money to pay for votes.

He predicted before the 2017 election that there would be corruption in Bangkok.

Even so, he though he had enough votes to unseat Aján.

"I thought I was sure to win," said Urso, who first complained about "missing millions" at the IWF 10 years ago and who sent his dossier of evidence to McLaren.

"I had been flying around the world, contacting all the Presidents of national federations and explaining to them word by word, document by document, why it was necessary to change the leadership of the IWF.

"I contacted the 'clean' countries first and the first thing they all said to me was, 'It’s time for change' - because they were never going to win any medals if it stayed as it was with Aján in charge.

"My slogan for that election was 'Time for change'."

Urso knew what he was up against as soon as he arrived in Thailand.

He had taken gifts of wrist watches with him, symbolic of his slogan, as well as t-shirts emblazoned with 'Time for change'.

They were all confiscated by customs - and rumours were circulated by the Aján camp that Urso had been trying to buy votes.

Those rumours started to circulate again last week after McLaren published his report.

"I laughed a lot about that," Urso said.

"I had prepared a gift for the heads of delegation for the congress in Bangkok, which is part of the custom in all electoral congresses - for example, some give pens or something typical of their country - and together with the small gift, a personal CV is generally presented and the reasons why a candidate proposes his or her candidature.

"I had thought of proposing a watch as a symbol because my motto was 'It’s time to change'.

"The interesting thing was that thanks to the collaboration of the Organising Committee, when I arrived at Bangkok airport, strangely, some customs agents came directly to me and asked me what I was carrying.

"I showed the watches and the regular purchase invoice and their value.

"They kept the watches at the customs without any logical explanation, and they told me that I could only collect them when I left Bangkok.

Along with the watches, they took some t-shirts with the 'It’s time to change' motto printed on them.

"It was evident that there was an internal direction in the organisation because believe me, after working for 28 years in an international airport I know the rules and also the operational dynamics very well."

Of two suitcases confiscated, only one was returned when Urso went home.

New mobile phones from Kazakhstan were given to delegates, courtesy of the Aján camp which also paid thousands of dollars to buy votes.

"So I am the criminal in the IWF?"

Urso said he was not surprised by the content of the McLaren report, having complained about corruption for many years without any action being taken against Aján.

There will be further revelations of historic corruption, he said, and without a radical change in the sport’s culture and philosophy "it cannot expect to remain part of the Olympic Games".

Despite complaints about the current IWF Executive Board, many of whose members refused to co-operate with the McLaren inquiry, Urso said the problem was not the Board but the proliferation of "sons of Tamás Aján, in terms of mentality" in corrupt member federations around the world.

"We need to clean this mentality through a cultural process, we have to open the minds of these people, make them aware that this an ancient sport that deserves respect, not corruption.

"Some national federations need to change their leadership, and we also need to change the rules of the IWF so nobody can join the Board unless they are clean in their own country, not in sporting terms but in criminal activity.

"We have to give a chance to clean, clever honest people to become part of this family and renew completely the culture and philosophy of our sport."

When Urso looks back to his 16-page 2017 campaign document he sees many ideas that have through necessity been adopted since, because of the IOC’s threat to remove weightlifting’s Olympic status.

They include putting anti-doping in the hands of an independent body, starting a new Olympic qualifying system based on individuals rather than teams, more out-of-competition testing, and more suspensions for coaches.

Other proposals, such as more athlete representation, and a global licensing system for coaches, are under discussion.

The "big revolution" in European weightlifting, he said, came through changing the doping culture in some countries and giving clean athletes a fair chance.

"This is a big advantage for weightlifting because they can come home, have a press conference, make a presentation to the National Olympic Committee (NOC), receive financial support - all of this will improve weightlifting as a sport.

"Before, unfortunately, it was always the same countries winning medals, which made it difficult for the evolution of our sport.

"This is what weightlifting needs, and it’s what the IWF executive board must provide for the athletes, the audience, the media, the IOC, the NOCs."

Urso had received calls of support and thanks from around the world since the McLaren report, he said.

"I am happy about that because a lot of people recognise my big fight against the big boss," he said.

"Everybody is asking please continue to work for a clean sport.

"Without a new sport, a new philosophy, new management and organisation, the big risk is that our sport can die."

Will Urso, 58, stand again for IWF President in the next elections, which are likely to be in January?

"We have to be strong now to make changes.

"The revolution is necessary not tomorrow, but now - we need to recover 44 years lost to a dictator.

"I am making proposals now for the next Executive Board meeting regarding a limit on terms of office, the precise role of senior IWF executives, certain commissions that were appointed by Aján without the Executive Board deciding.

"The two most important words right now are democracy and meritocracy: without them nothing is possible.

"We must cancel the past, open a new chapter, build a new image."