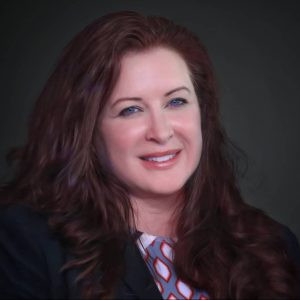 Ursula Papandrea, who played a lead role in bringing about the downfall of the disgraced former weightlifting leader Tamás Aján, says she and her Board at the International Weightlifting Federation (IWF) are being unfairly criticised.

In calling for unity after the publication of the damning McLaren Independent Weightlifting Investigation report, Papandrea said: "This Board ordered the investigation and hired McLaren.

"To now defame the integrity of the entire Board is unfair.

"I was personally threatened with arrest in Hungary for following the investigators’ directions and have been the subject of humiliation.

"I have functioned under duress for several months. I am not alone in this.

"I took the opportunity I was afforded and now have begun a road to reform."

The US Anti-Doping Agency chief executive Travis Tygart, the athletes’ representative body Global Athlete and, yesterday, former IWF Board member Moira Lassen have all said that the Executive Board should step aside and allow an independent body to run the organisation until the next elections.

There has also been much criticism of the Board on social media.

The two main complaints, based on the report’s findings, are that so few Board members co-operated with McLaren’s team, and that several of them were voted on to it in 2017 at an election distorted by bribery.

The bribes were said to have been paid out in a hotel corridor by the IWF’s first vice-president, Intarat Yodbangtoey of Thailand.

The report said that only two of the IWF’s five vice-presidents, excluding Interim President Papandrea, co-operated with the investigation, and only two of eight congressionally elected members of the Board.

Withholding information from McLaren’s team "will be treated as a serious breach of obligations to the IWF" according to McLaren’s terms of reference, drawn up by the Oversight and Integrity Commission which Papandrea chairs.

Lassen was one of four senior Board members who lost their seats for supporting Urso, all replaced by candidates who had Aján’s support.

Besides Lassen, general secretary Ma Wenguang of China, vice-president Sam Coffa of Australia, and Christian Baumgartner of Germany were ousted from the Board.

Papandrea was one of those who came on, supported by Aján, though she says she knew nothing of the vote-buying.

All those who lost had come on with Aján in 2013 and, said Papandrea, all Boards since 2000 had "the same level of legitimacy and illegitimacy at this point".

The McLaren report said that when Aján selected his team he would strategically choose "individuals that are either ‘corrupt and status seekers’ or completely unaware and oblivious to what he was trying to accomplish."

"I did not know anything about the money distribution," said Papandrea.

"It was my first election."

Throughout a stressful first five months of 2020 Papandrea has led the current Board in its efforts to end Aján's "autocratic" 44-year reign at the IWF, as general secretary and President.

She pushed through the appointment of McLaren, and took on the role of Acting President before becoming Interim President until the next elections, which may take place in January next year.

During that time she was insulted and threatened with arrest by Aján, who did not step aside lightly.

"I will let my actions since the elections speak," said Papandrea.

Urso and Baumgartner both said criticism of Papandrea was misdirected.

"She is doing a good job, asking the Board to be more productive and it's going well," said Urso.

"We don't want to be fighting internally now."

Baumgartner added: "She is cautious about what she says in public but has a very clear picture of the way to go.

"I hope she can go on to apply her ideas. She is the best choice for the IWF at the moment."

Another Board member said that Lassen’s complaint was understandable but that she had herself been elected with Aján's support at the 2013 elections.

Papandrea said: "My goal has always been to build a better sport.

"Equating all Board members as supporters of Aján if they served on the Board with him is interesting, especially coming from people who were formerly elected with him, according to the McLaren report, in a similar fashion.

"When I supported the new anti-doping policies I found myself at times being one of a couple to uphold the new policies very strictly.

"I have been on winning and losing sides of votes.

"I have never been the supporter of any one person but of a philosophy of good governance and strong anti-doping policies.

"It would be good for the sport if everyone who wants to reform worked together to that end, lest we continue to divide the sport along perceived lines, from within or outside.

"I witnessed a two-party system in effect in 2017, which is a norm in American politics.

"It was my first election and there was a slate, much like American straight-ticket voting.

"It doesn’t necessitate that all will agree and of course there was much division from the get-go.

"I did not know anything about the money distribution.

"I am not inclined to blame all the Board members then or now.

"The report makes it clear that many were operating under threat of reprisal.

"I cannot blame the individuals for a systematic use of oppressive measures against them, or members of a previous Board.

"This was the political environment that reigned, as McLaren reported."

An example was on page 37 of the McLaren report, a section which resonated with Lassen.

It read: "If any of Aján's chosen Executive Board members started to drift out of line, he would warn them with threats.

"In one historical instance, he stated to a confidential witness that he could turn their athletes’ samples ‘dirty’ and in another instance he declared to Nicu Vlad, President of the Romanian Weightlifting Federation 'do not forget… we will decide who will be in Tokyo and who will not’; a veiled threat that the Romanian Federation may not make it to the Olympics.

"These warning messages aimed at Executive Board members were control mechanisms to ensure compliance."

Aján continued to behave in an autocratic, bullying manner even after he had been instructed by the Board to step aside while Papandrea took over.

Rumours of what happened when investigators from the McLaren team arrived at the IWF offices in Budapest with Papandrea, unannounced, have been rife within the sport for weeks.

Aján apparently shouted and screamed at Papandrea, making personal insults that were heard by everybody present.

It is a matter of record that she was threatened with arrest by Aján– for carrying out her duties.

As the McLaren report states, Papandrea did not even have a key to the office of the Secretariat until the day before the visit.

"Perhaps the biggest surprise to the Secretariat and Aján was the instruction {of Papandrea} to allow for the download of the IWF’s servers."

Papandrea said there had been "a very high level of pressure" placed on some Board members by Aján's supporters on the Board and in the IWF administration.

"When I was threatened with political ruin, both implicitly and explicitly, more than once, I had the benefit of it not having any effect on me - political success was never my goal.

"My goal has always been to improve the sport and save our sport on the Olympic agenda.

"If I cannot change and save the sport, then I have no interest in being involved in the political arena.

"I know I was {and I am sure still am} in line to follow a list of political casualties for opposing Aján, but that did not deter me. I work only for the sport and its athletes.

"The McLaren report gives us a clear view now.

"I hope the Board can free itself of any allegiances and conflicts that would impair its ability to make wise decisions.

"I do, however, agree that oversight is an undeniable necessity.

"My intent as I mentioned in the IWF press conference is to involve an outside integrity commission or officer to oversee the Board activities.

"It is notable that I will need to get Board approval to do so.

"There are Board politics at play always and we will need to address reform in a serious way.

"Oversight is the obvious way forward."

McLaren said there was much work to be done but that changes made in the past two years "demonstrate a sport willing to move forward, freeing itself of its conflicts of interest and introducing transparent and trustworthy processes."

As for her and the Board, Papandrea said: "We will make this an organisation worthy of Olympic status and the respect of the athletes.

"If we cannot do that, no one needs to worry, I would step aside of my own accord."