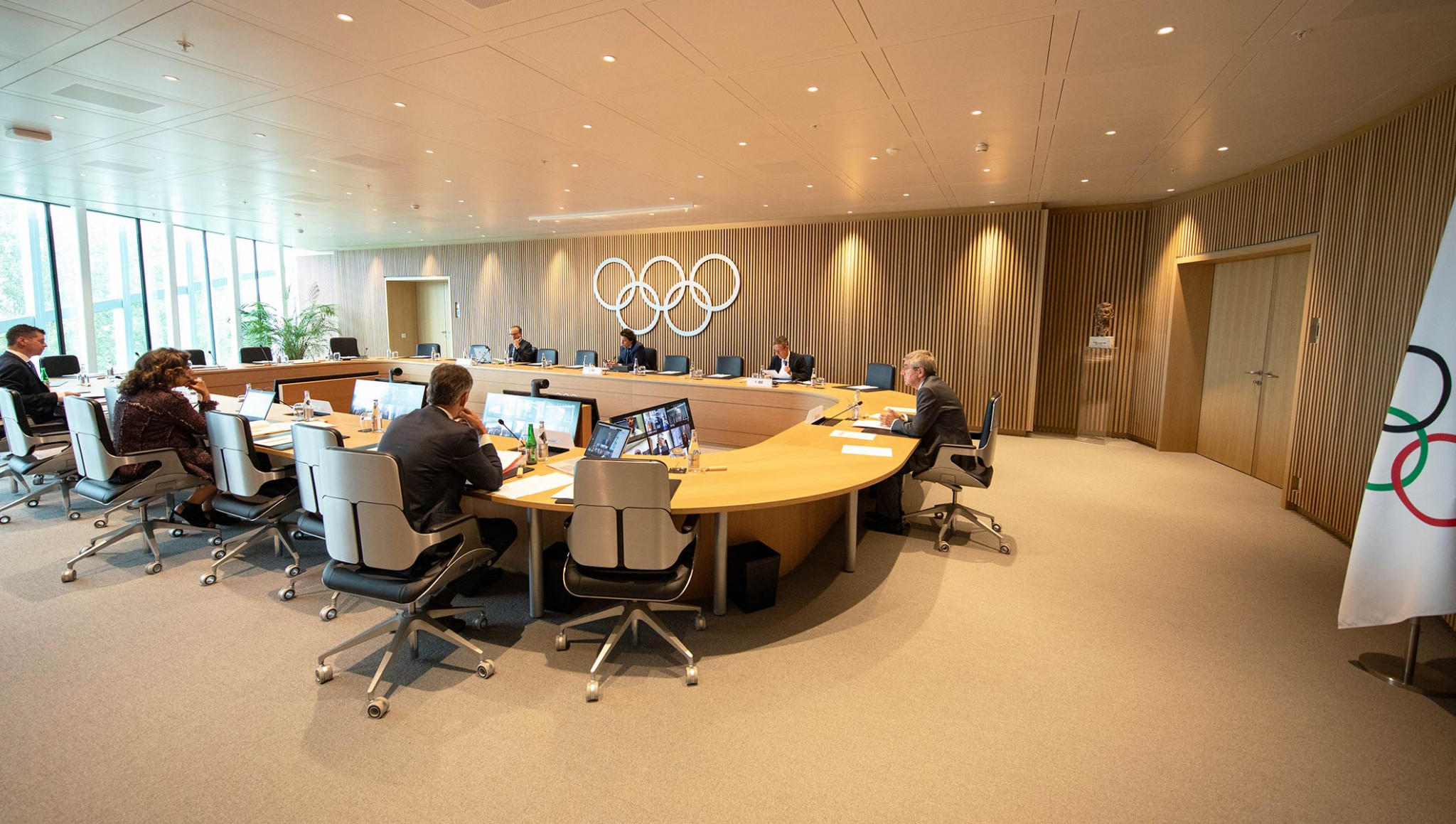 A rule banning athletes from protesting at the Olympic Games could be reviewed as part of a consultation process to be conducted by the International Olympic Committee (IOC) Athletes' Commission, according to IOC President Thomas Bach.

Bach claimed the IOC Athletes' Commission will "have dialogue with athletes around the world to explore different ways for how Olympic athletes can express their support for the principles enshrined in the Olympic Charter in a dignified way".

Criticism of regulations which prohibit specific demonstrations at the Games - including taking a knee or raising a fist - has intensified in light of worldwide protests following the death of George Floyd in the United States.

The IOC's Rule 50 states: "No kind of demonstration or political, religious or racial propaganda is permitted in any Olympic sites, venues or other areas."

Other organisations, including the National Football League, have moved to allow protests in the wake of widespread condemnation of the death of Floyd, an unarmed black man, at the hands of white policer officer Derek Chauvin in Minneapolis, and the subsequent rise of the Black Lives Matter movement.

The IOC stands for non-discrimination as one of the founding pillars of the Olympic Movement. Read the full resolution of the IOC Executive Board with regard to racism and inclusion here: https://t.co/cqed6Pspeg #IOCEB pic.twitter.com/jxBq1qFrK8

Bach refused to rule out allowing podium protests - although it is thought unlikely these will be allowed during the postponed Tokyo 2020 Olympic Games - and warned of the need to differentiate between what he called "divisive demonstrations" and suitable forms of protest.

"We also agree with the Athletes Commission that we must always respect the Olympic spirit," Bach added.

"This means we must make a difference between such support for the principles enshrined in the Olympic Charter and potentially divisive demonstrations."

When pressed on whether acts such as American athletes kneeling during the national anthem would be permitted, Bach said: "I will not pre-empt in any way this consultation the Athletes’ Commission will have.

"It would not be fair if now I make a statement and they are giving directions or instructions in this respect.

"Let the Athletes’ Commission and the athletes discuss it themselves and then come up with the relevant proposals."

The guidelines state that each incident "will be evaluated by their respective National Olympic Committee, International Federation and the IOC, and disciplinary action will be taken on a case-by-case basis as necessary".

Protests are defined as "displaying any political messaging, including signs or armbands", "gestures of a political nature, like a hand gesture or kneeling" and "refusal to follow the Ceremonies protocol" under the current Athletes' Commission guidelines.