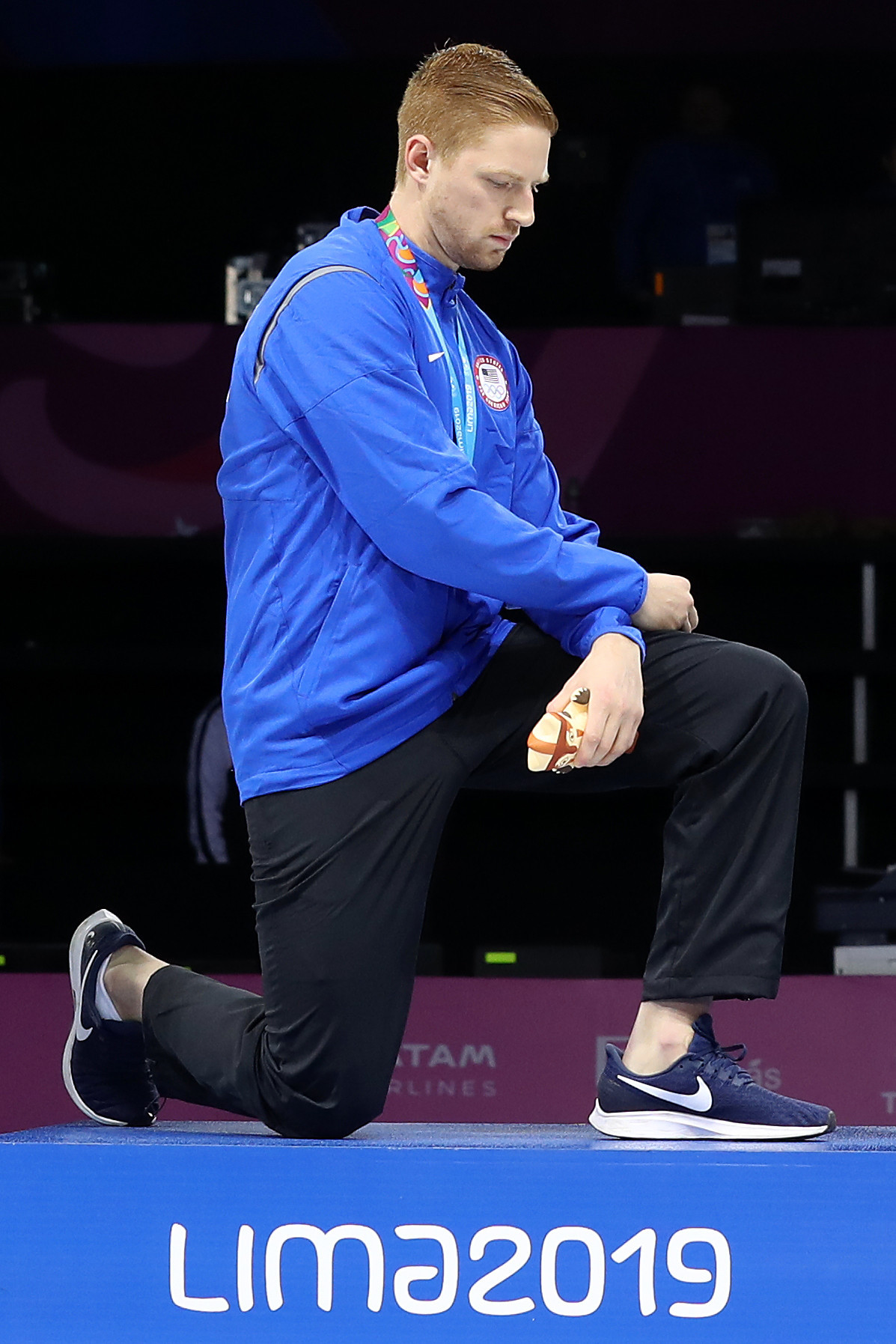 Fencer Race Imboden - who was placed on probation by the United States Olympic and Paralympic Committee (USOPC) following a podium protest at the 2019 Pan American Games in Lima - declined an invitation to act as a facilitator at a USOPC town hall yesterday.

Imboden said on that, after discussing the proposal with black athletes, they did not view the town hall as a "genuine response" from the USOPC and that "me as non-POC [person of colour] should not be facilitating a conversation on 'Race'."

Imboden would "instead join in the conversation as a member of the community and an ally", he said.

The town hall was organised by the USOPC in response to widespread protests over the killing of George Floyd at the hands of Minneapolis police officers and fresh discussions about racism in the US.

It was billed by USOPC chief executive Sarah Hirshland, writing to athletes, as a forum "where you can openly discuss how you have been impacted personally, listen to each other, learn from each other, and support each other".

The USOPC said former skier Bonnie St. John and wrestler Jordan Burroughs were both going to act as facilitators.

Imboden made headlines last year when he knelt during a medal ceremony in protest at racism, gun control, the mistreatment of immigrants and President Donald Trump.

Along with hammer thrower Gwen Berry, who raised her fist at the end of her medal ceremony in Lima in an act which mirrored sprinters Tommie Smith and John Carlos on the podium at the Mexico 1968 Olympic Games to protest racial injustice, Imboden was put on probation for 12 months by the USOPC.

Berry was able to speak to Hirshland earlier this week and said the USOPC chief executive apologised for "not understanding the impact her decisions had on me".

The Lima 2019 gold medallist has since released a fresh letter - shared on social media by Imboden - addressing USOPC and International Olympic Committee (IOC) policies, their relationship with sponsors and athletes' rights.

"What infuriates me is the IOC's own museum, in Lausanne, promotes and celebrates the importance of equality and respect," Berry writes at one stage.

"The IOC website praises the sacrifice of athletes like Tommie Smith, John Carlos and Muhammad Ali for their protests, that brought attention to issues of race and inequality - and yet the IOC destroyed Tommie and John's career."

The IOC stance of celebrating these athletes while also banning current athletes from protesting is "confusing at best and outright hypocritical at worst", Berry says.

She finishes the letter: "I expect the IOC will continue to prioritise political relationships, profits and their own existence over the rights and freedom of athletes.

"Despite these barriers, I am determined to work as hard as I can to make things better for the black and brown communities in the United States.

"My protest and sacrifice will not have been for nothing.

"The issues we face are too important to be ignored."

The widespread protests to have followed Floyd's death, during which many athletes have spoken out and joined demonstrations, have already led to changing of stances in the US.

The National Football League (NFL) - the biggest sports league in the country - has reversed its controversial stance which prevented players from kneeling during the national anthem.

Kaepernick took NFL owners to court and accused them of collusion - with the two parties reaching an out-of-court settlement.