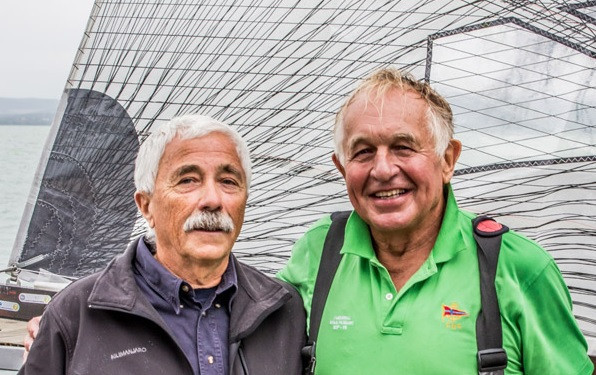 Gerardo Seeliger has pledged to conduct a forensic "item by item" analysis of World Sailing's expenditure if he is elected President of the organisation later this year.

The Spanish veteran, who plans to challenge incumbent Kim Andersen in the Presidential election, said he planned to "look through each expense item" with newly-appointed chief executive David Graham should he succeed with his bid for the top job.

Concerns over World Sailing's financial position have plagued Andersen's tenure in recent months, although the under-pressure Dane has blamed the previous Board for some of the issues and highlighted the cost-cutting efforts the organisation has undertaken in response to the coronavirus pandemic.

World Sailing is in talks with the International Olympic Committee over possible support to mitigate the impact of the COVID-19 crisis on the body and help address a financial situation vice-president Scott Perry has admitted is "precarious".

Seeliger, who now calls himself a "pre-candidate" as World Sailing's election rules stipulate that officials cannot formally be declared as candidates until they have been proposed by five member national associations, cited operational costs and those incurred when organising events as areas where World Sailing can trim its expenditure.

"The first thing I am going to do - if I win - is to look through each expense item," Seeliger told insidethegames.

"I would love to spend time with David Graham and look into all the expenses, item by item, and I think re-engineering, lean and mean, downsizing and cost-cutting will be the words for the next few months [after the election].

"Too much money is spent by Federations, not just World Sailing, on unnecessary expenses."

Seeliger, a former sailor who competed in the Finn class at the 1972 Olympic Games in Munich, said it would be prudent for World Sailing to budget for all eventualities in 2021, including the possibility of Tokyo 2020 not taking place.

"We have to have a 'Plan B' for everything," Seeliger said.

"We should be prudent and at least take this into consideration.

"This coronavirus situation happened and we were totally unprepared.

"We spent the money before we had it, and the little money we had, we spent that, too."

The election is scheduled to take place during the General Assembly at the Annual General Meeting in Abu Dhabi on November 1, but the vote is set to be held remotely due to the coronavirus crisis.