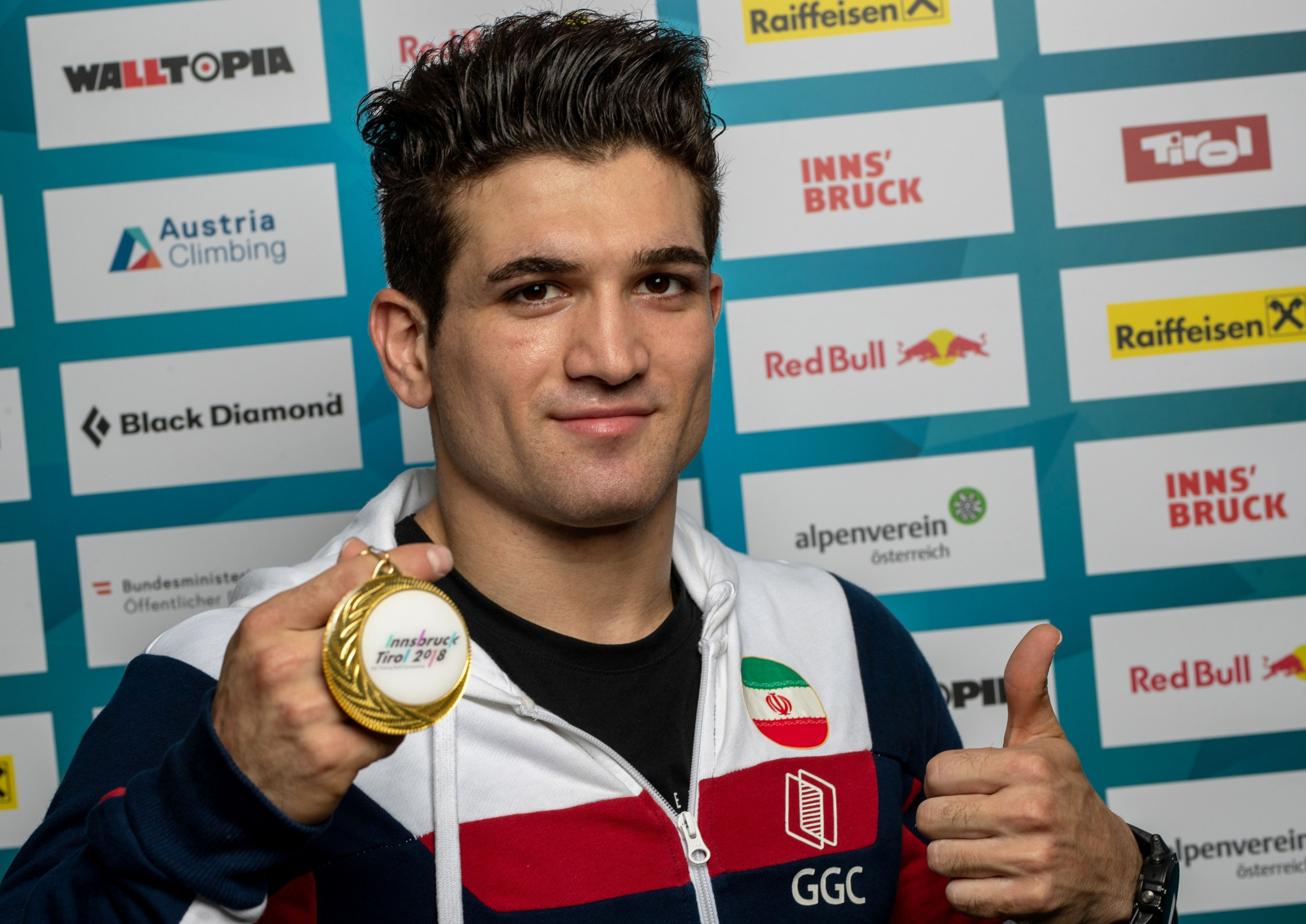 Iranian climber Reza Alipour has revealed he is aiming for the Olympic gold medal at Paris 2024 as he continues to seek qualification for Tokyo 2020.

Alipour is known as the "Asian Cheetah" and is regarded as the "vertical world's fastest man" for holding the men's speed world record in climbing.

At the International Federation of Sport Climbing (IFSC) World Cup event in Nanjing in China in 2017, Alipour broke the world record with a time of 5.48sec.

However, only the combined event will be contested at the Olympics, which includes lead and bouldering as well as speed.

"I broke my own record at the 2017 IFSC Climbing World Cup but I have not bettered my own best during the previous years," Alipour said to the Tehran Times.

"Now, I am ready to register a new world record in the first international competition, I have to compete with myself."

Despite being the fastest man in the world, Alipour has not yet qualified for Tokyo 2020 after being knocked out at the quarter-finals stage of the 2019 IFSC World Championships.

He can still qualify through the Asian Olympic qualification tournament, with one athlete eligible from the continent, and he has continued to train during the COVID-19 pandemic after being given permission.

"In my hometown, Qazvin, the national heroes were permitted to go to the gym," he added.

"I kept going to the gym with karate world champion Bahman Askari Ghoncheh and I am very happy about that because my gold medal helped me to stay fit."

With sport climbing also involved at Paris 2024, the Iranian is eyeing the title in four years time.

"I will keep my own record in Asia and the world and winning gold in all events will be my priority."

Alipour won the speed gold medal at the IFSC Climbing World Championships in 2018 and also has a silver from 2016 and a bronze from 2014 to his name.