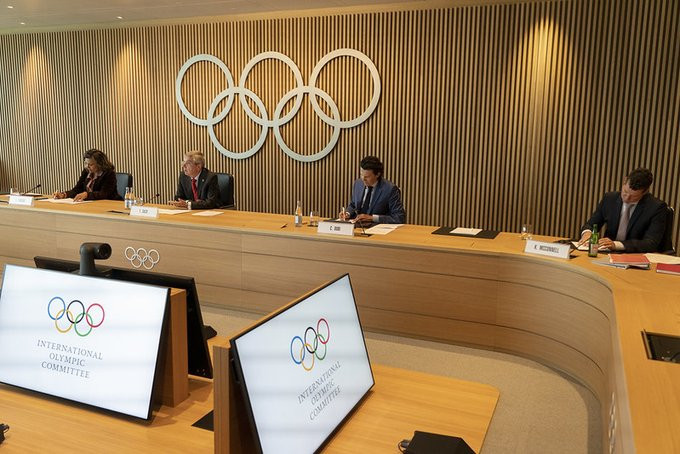 The International Olympic Committee (IOC) expects the postponement of the Tokyo 2020 Olympic Games to cost the organisation $800 million (£656 million/€741 million), $150 million (£123 million/€139 million) of which will form an "aid package" for the Olympic Movement.

It is the first time the IOC has publicly revealed the extent of the additional costs it expects to bear for its part in organising the rescheduled Games.

The $150 million has been set aside to provide financial assistance to International Federations (IFs) and National Olympic Committees (NOCs), including loans and advance payments.

IFs in particular have been left counting the cost of the postponement of Tokyo 2020 because of the coronavirus pandemic, and the money is set to plug the financial hole created by the absence of their share of the Olympic revenue that they would have received from the IOC after the Games.

Bach confirmed the IOC would still consider advance payments to IFs and the aid package did not mean it would now reject requests for assistance, adding discussions with some Federations over financial support were at an advanced stage.

IFs based in Switzerland are able to apply for repayable loans as part of a joint IOC and Swiss Government support programme, in addition to the funding approved by the IOC Executive Board today, Bach said.

The scheme, designed to mitigate the financial impact of the pandemic on the organisations, will be funded equally by the IOC and the Swiss Government, who will each provide 50 per cent of the loans.

The IOC's contribution to the scheme will come from the aid package.

Only Swiss-based IFs are eligible for the Government loans, while all 32 International Federations on the Tokyo 2020 programme can receive money from the IOC package.

The $650 million (£533 million/€603 million) will go towards the organisation of the postponed Games.

The majority of the additional costs stemming from the decision to delay the event by one year in response to the coronavirus pandemic are set to be covered by Japan under the terms of the Host City Contract it signed with the IOC in 2013.

The issue has been a contentious one in Japan owing to the economic crisis in the host country sparked by the COVID-19 pandemic and was at the centre of a public dispute between the IOC and organisers last month.

Bach claimed the $800 million would help "address the financial consequences of the COVID-19 crisis".

The figure does not include any costs Tokyo Games organisers and the Japanese Government have to incur following the first postponement of an Olympic and Paralympic Games.

Bach refused to be drawn on recent suggestions that Tokyo 2020, rescheduled for July 23 to August 8 in 2021, cannot take place unless a COVID-19 vaccine is found.

"We are now working with full engagement for the success of Tokyo 2020 in 2021 and to have these Games in a safe environment for all participants," he said.

"We are one year and two months away from the opening of these postponed Olympic Games.

"We should not fuel any speculation on any future development."