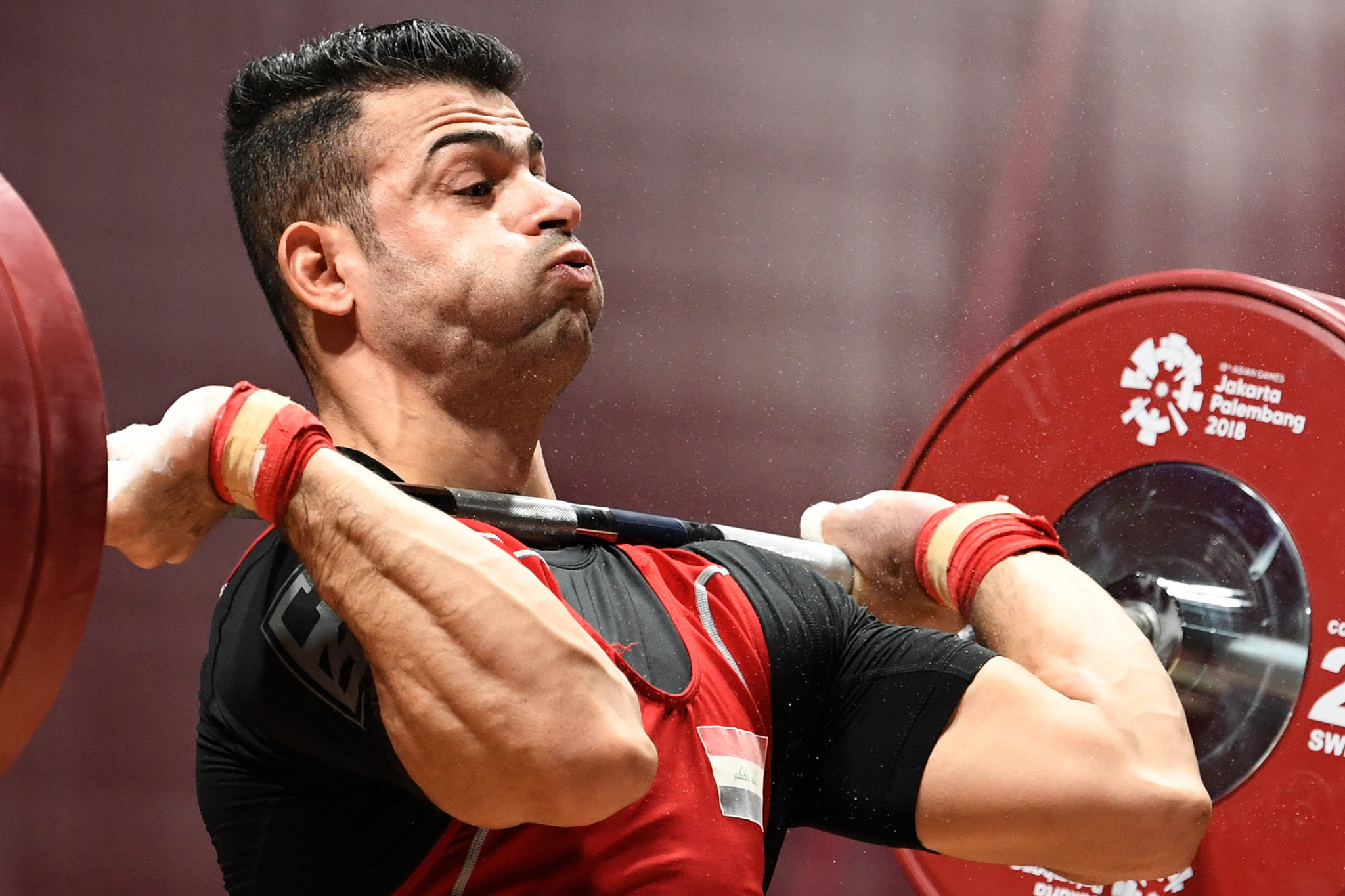 Three weightlifters from Iraq have tested positive for a banned substance, including a former Asian Games champion.

If the cases are confirmed it would leave Iraq liable to suspension from Tokyo 2020 for having three doping violations within the Olympic qualifying period.

While that would not significantly affect Iraq’s chances, as it has no women in qualifying and only one outside contender in the men’s lists, the positives could be costly for Iraq in other ways.

The International Weightlifting Federation (IWF) general secretary Mohamed Jaloud is from Iraq and could become ineligible for the next round of IWF elections if his own national federation is suspended when they take place.

Intarat Yodbangtoey, the IWF’s first vice-president from Thailand, is already excluded from standing at the next elections under the conditions of Thailand’s suspension for multiple doping violations.

That suspension, until April 2022 at the earliest, was imposed by the sport’s Independent Member Federations Sanctions Panel, which stated that Thai officials were "suspended for two years and are not eligible to be appointed to any IWF position so long as TAWA [Thai Amateur Weightlifting Association] remains suspended."

Other nations that are suspended, or are facing suspension when "open" doping violations are closed, include Egypt, Malaysia, Colombia, Romania, and now Iraq.

Azerbaijan could also face a suspension, as it had four weightlifters suspended between November 2017 and July 2018.

Egypt has an IWF Executive Board member in Mahmoud Mahgoub, who may return to eligibility before the Congress, depending when it is held.

Romania is likely to be suspended under the "Tbilisi Decision" affecting nations with three or more positives in the re-tested samples from the 2008 and 2012 Olympic Games.

Four Romanians from London 2012 have tested positive, though three of those violations were not announced by the International Olympic Committee until this year.

Whether such a suspension also bars officials from eligibility for election has not been legally established.

Any decision would affect Nicu Vlad, a 1984 Olympic champion for Romania who is one of the IWF’s five vice-presidents.

Malaysia and Colombia have no elected members on the IWF’s Board or committees.

The next elections for permanent President, and places on the IWF Board and committees, take place at a Congress which would normally have been held in May next year.

Because the Tokyo 2020 Olympic Games have been postponed as a result of the coronavirus pandemic, that Congress is likely to be moved to the later months of 2021, or early 2022.

Under the IWF's constitution, it must be held "no later than May 31" in the year after an Olympic Games.

The Iraqi positives were all for higenamine, a banned stimulant.

A "need to know" document circulated by the United States Anti-Doping Agency says of the drug: "Research indicates that higenamine has mixed adrenergic receptor activity, meaning it may act as a general stimulant.

“It may be found in some pre-workout, energy, or weight-loss products."

None of the three Iraqis have been provisionally suspended.

They are Alaifuri Salwan, a 28-year-old 109-kilogram lifter, Ahmed Al-Hussein and Safaa Aljumaili, both 81kg athletes.

Aljumaili, who was suspended for two years after testing positive for stanozolol in 2013, was a gold medallist at the 2018 Asian Games, at 85kg, and finished 10th at the London 2012 Olympics.

But for a bomb-out at the IWF World Championships last year, he would have been very well placed to qualify for Tokyo 2020.

If the three cases are confirmed, Iraq will have had 10 doping violations since the Beijing 2008 Olympic Games.

There was no response from Jaloud to messages left by insidethegames.

Two other violations announced recently, both of whom are provisionally suspended, are the 20-year-old Murshid Al Ajmi of Oman, and the 33-year-old Polish 96kg lifter Lukasz Grela.