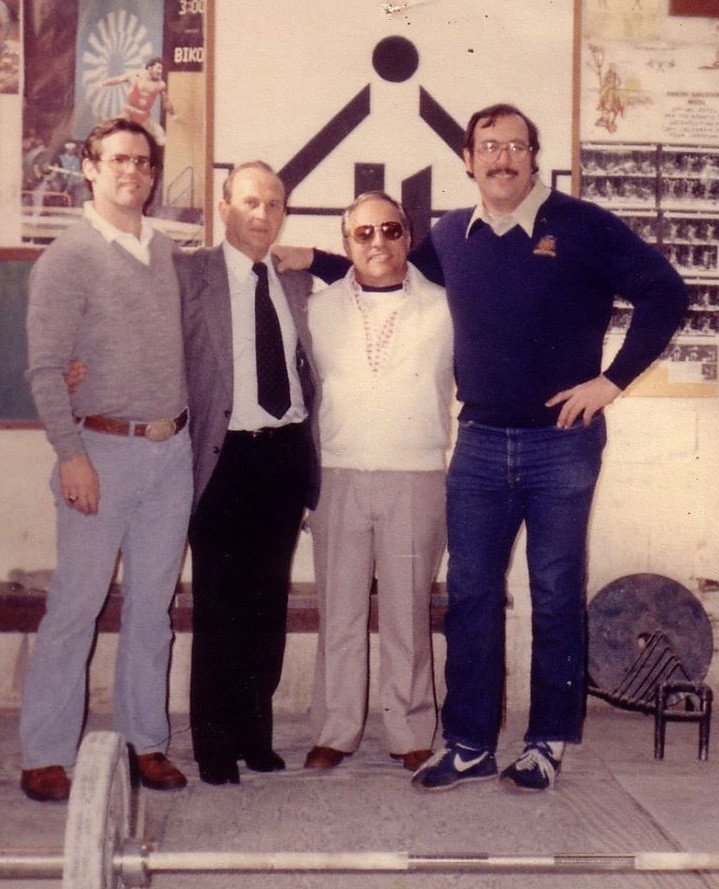 The man whose TV documentary helped to end Tamás Aján’s domination of world weightlifting has called for more independent involvement in governance because "sport cannot control itself".

"There is a clear conflict of interest," said Hajo Seppelt, the German who led the team - Grit Hartmann, Nick Butler, and him - that made Lord of the Lifters, which featured allegations of corruption against Aján.

"I am very, very convinced that sport itself is not able to control itself, the so-called self cleaning of sport does not work at all.

Seppelt first made his mark globally in 2014, when the German state broadcaster ARD showed the first of his documentaries exposing state-sponsored doping in Russian sport.

That series on Russia resulted in an independent investigation led by Richard McLaren, the Canadian law professor whose report on the scandal prompted the World Anti-Doping Agency (WADA) to recommend Russia be banned from the 2016 Olympic Games.

McLaren also leads the team carrying out an independent investigation into allegations raised in Lord of the Lifters, which was broadcast on January 5.

According to a document on the International Weightlifting Federation (IWF) website, those allegations were "primarily against" Aján.

Aján, who has repeatedly denied the allegations, resigned after 20 years as IWF President yesterday.

"I am sure there are many more stories which could be investigated and I really hope more whistleblowers from anti-doping and from weightlifting will now tell us their stories," said Seppelt.

"I strongly believe that the story of Aján and the IWF is much bigger."

Apart from the allegations in Lord of the Lifters – which were labelled "very serious and worrying" by the International Olympic Committee – the problem of apparently systemic doping in weightlifting has been all too evident for many years.

Thailand, Russia, Egypt, Azerbaijan, Bulgaria and Kazakhstan are among the countries that have had serious problems with multiple offences in the past decade.

There were 24 positives at the 2015 IWF World Championships, and there have so far been 60 weightlifting positives in the IOC retesting of stored samples from the 2008 and 2012 Olympic Games.

Of the 60 medallists at the Rio 2016 Olympic Games, 14 have served doping bans during their career, or have tested positive more recently, including six who won gold.

Among the many recent changes, which have been praised by the IOC, the IWF partnered with the International Testing Agency (ITA) and created an independent panel to punish serial dopers.

More independence is the only way, Seppelt believes.

"If you promote sport on one side how can you control it on the other side?" he said.

"A clear and easy example: if doping remains undetected, sport has always benefited from it.

"It helps to improve performance so the athlete himself is benefiting, and so is his manager or agent because they will get a higher percentage of contracts.

"The sports organisers benefit because the event is more attractive, they have more spectators, a better TV audience and ratings, so more sponsorship contracts.

"That means again more money for the athlete, for the Federation, for the agents - even in weightlifting, which is not a very popular sport but the ratings on television will be higher.

"TV networks can sell their commercials for higher prices - the Federation has more sponsorship contracts, the politicians are happy because they can be proud and can argue that their investment in sports was efficient - so everybody has a benefit from it.

"But if doping gets detected, a win-win situation changes fully to a lose-lose situation because everybody loses money.

"From my point of view weightlifting is one of the sports where the cover-up was on a really high level.

"That doesn’t mean automatically the IWF itself was a covering-up entity as a whole, I just say that there is reason to believe that high-ranked officials within the Federation have either supported a massive cover-up or closed their eyes towards doping.

"We need more investigation from the outside.

"The IWF is not the only example that might be appropriate to investigate more – there are several International Federations where we have a really big concern.

"It would be really worthwhile to investigate them.

"These Federations can be really happy – so far - that journalists have not investigated them very much.

"If there were more investigative journalists worldwide I really strongly believe the situation in many sports would be really different, and those Federations would be under enormous pressure."

On the morning before his resignation Aján predicted his exit and said he was now "ready to retire in silence" in an interview for Hungary’s nemzetisport.

In a statement on the IWF website Aján said of his resignation, "I offered the best of my life to our beloved sport."

Ursula Papandrea, a former USA international lifter who is the first woman to lead the IWF as Acting President, said in the same official statement: "The IWF thanks Tamás Aján for more than four decades of service to weightlifting, and most notably for his work in recent years to ensure an anti-doping programme which meets the standards of the IOC and World Anti Doping Agency (WADA) is in place.

"We can now begin the work of determining a fresh path towards achieving the full potential of our sport."

Before his resignation and that Hungarian interview, two other Americans spoke of Aján’s contribution to the sport.

Judy Glenney, one of the most influential figures in the long campaign to have women’s weightlifting included on the Olympic Games schedule, said, "He truly was the driving force in the IWF during the time we were starting women's weightlifting (in the 1980s and 1990s).

"He had the vision to see that it would come, sooner or later, so he might as well get in on a good thing when he saw it coming.

"He knew the cogs that needed to be greased and used his influence to see that it got pushed through.

"He has also been influential in seeing that women are more active in administrative roles."

Jim Schmitz, the renowned former national coach who was President of USA Weightlifting and sat on the IWF Board in the 1990s, had his run-ins with Aján but said, "There has been a tremendous expansion of the sport during his tenure, more Federations created, more countries competing, more international competitions.

"Weightlifting has enjoyed an incredible amount of growth – first junior worlds, first women’s worlds, youth worlds, all these competitions that never existed before."

Schmitz, who was also weightlifting competition manager at the Los Angeles 1984 Olympic Games, first met Aján in 1975 when he was campaigning for the IWF general secretary’s role.

"He was a great personality, very clever, and a true politician," said Schmitz.

"He’d shake your hand even if he wasn’t going to support you in what you wanted to do.

"I was on the wrong side of a lot of issues between 1992 and 1996 [urging a stronger IWF stance against doping].

"Tamás Aján did a lot of good things for a lot of people that really enhanced their careers. Then again he ended some people’s careers – like maybe mine.

"Unfortunately there has always been that dark cloud of doping, which he never really resolved.

"I just wonder why Tamás and the IWF couldn’t get rid of the drugs problem years ago.

"In the United States what’s making weightlifting so popular is CrossFit and the internet, but also what makes it popular with young people and their parents is that we’re clean here.

"If the rest of the world gets clean it will become even more popular."