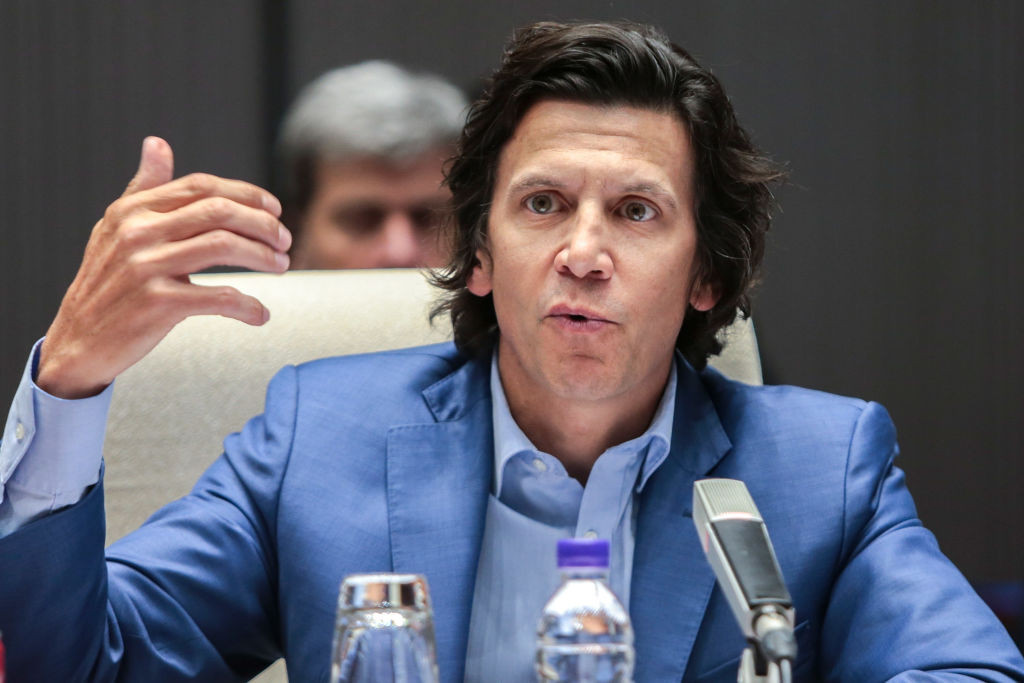 Adjustments to the organisation of the Tokyo 2020 Olympics will be required to reduce the additional costs resulting from the postponement of the Games until 2021, according to a senior International Olympic Committee (IOC) official.

Christophe Dubi, the IOC executive director for the Olympic Games, said costs would need to be trimmed from a number of areas to help alleviate the financial consequences of the decision to delay the event by a year.

Speaking on a conference call today, Dubi declined to reveal who would carry the burden of the extra costs but said they would be incurred by both the IOC and Tokyo 2020.

"We are looking into those with great detail.

"It is tens of thousands of lines of budget that need to be reviewed."

Tokyo 2020 chief executive Toshirō Mutō has warned the cost of rescheduling the Olympics and Paralympics will be "massive".

Organising Committee President Yoshirō Mori admitted deciding who foots the bill will be a "major challenge" in a letter to International Federations, as exclusively revealed by insidethegames.

Dubi claimed the IOC and Tokyo 2020, through a task force established after the Games were pushed back to 2021 because of growing international concern over the coronavirus pandemic, would look at ways to "ease the pressure" on organisers.

"When it comes to all of us - the IOC, media organisations and and everyone that has an operation in Tokyo - we are facing a different landscape," Dubi said.

"All of us have to look at whether what we are going to do is exactly the same a year from now, or whether we will have to adjust.

"It is a combined effort from everyone to look at what will be needed, what we have to adjust and address, and this work has started with Tokyo 2020.

"A number of things they can look at maybe slightly differently.

"Where can we find different solutions to reduce the pressure?

"We are looking at the entire piece and see where we can gain efficiencies."

Dubi cited securing the Athletes' Village and the other 41 venues needed for the Games as the key priority for the "Here We Go" taskforce, created to navigate the challenges stemming from the postponement.

He said the IOC was aiming to have some of the venues guaranteed "in a matter of weeks", but declined to give an exact timeline.

Dubi claimed the IOC was hopeful negotiations regarding the venues would go "in the right direction" so they can recreate the "fabulous" Tokyo 2020 masterplan.

The IOC director also warned it would be a "massive undertaking" to secure both the competition and non-competition venues, which even IOC President Thomas Bach has admitted may not be available for the rearranged Games.

The IOC and Tokyo 2020 announced this week the Olympics would run from July 23 to August 8 2021, with the Paralympics following from August 24 to September 5.