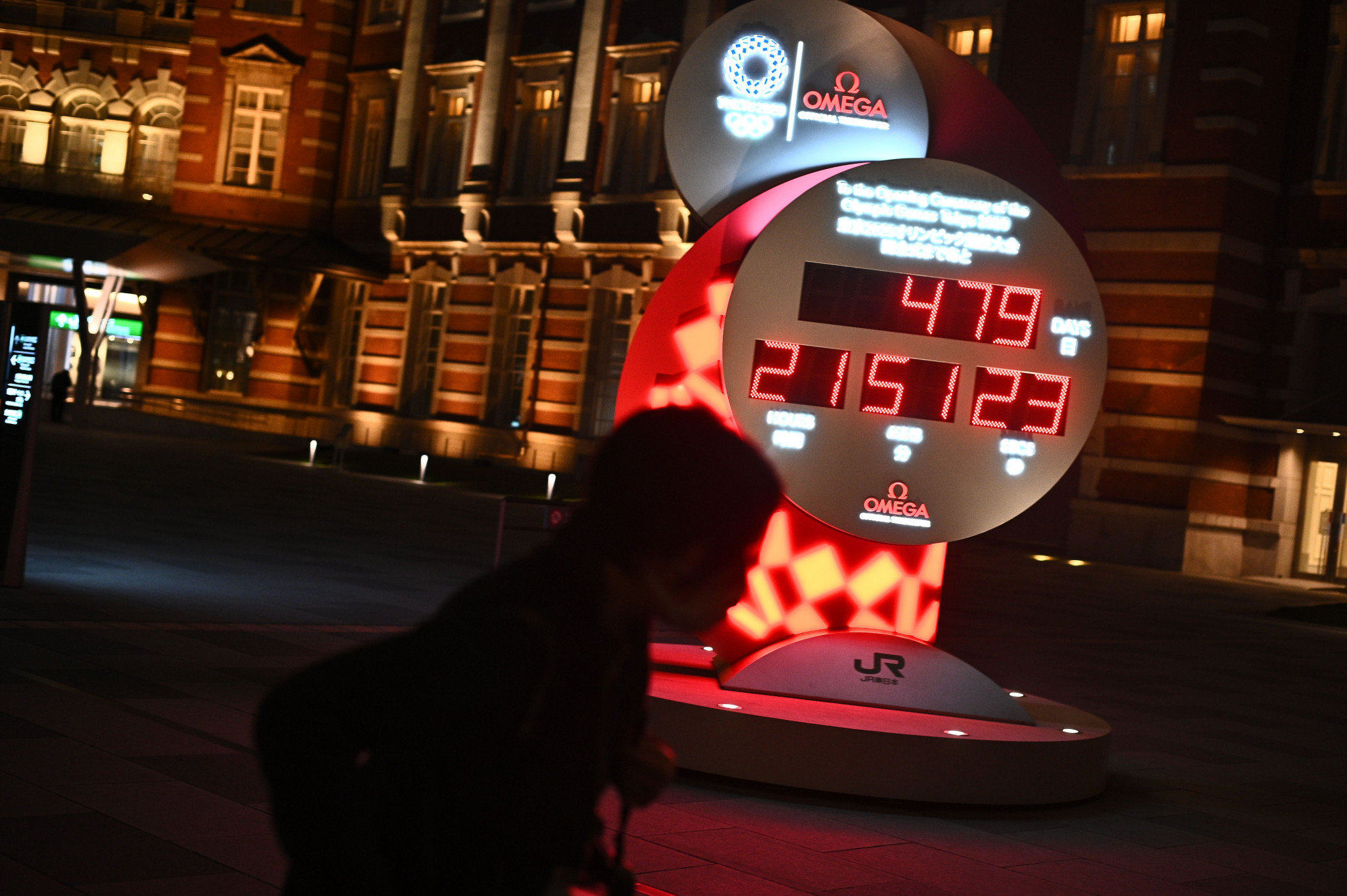 International Federations (IFs) have been reacting to the news that the Tokyo 2020 Olympic Games will now open on July 23 next year, with the Closing Ceremony due to take place on August 8.

Reaction has largely been positive, with World Baseball Softball Confederation (WBSC) President Riccardo Fraccari pledging adaptability when it comes to the organisation's calendar, saying it "welcomes" the decision.

"The WBSC has stood in solidarity with the Olympic Movement and Japan during this challenging time and continues to do so, remaining flexible with its own events, including Olympic qualifiers, to accommodate the rescheduling of the Tokyo 2020 Games," Faccari told insidethegames.

"Above all, the WBSC fully supports the main considerations which the decision was based upon, especially protecting the health of the athletes and everyone involved, and to support the containment of the COVID-19 virus as well as safeguarding the interests of the athletes and of Olympic sport."

Baseball and softball are on the Olympic programme for the first time since 2008, but the coronavirus pandemic caused the postponement of two baseball qualifiers.

Similarly, many weightlifting events that would have counted towards Tokyo 2020 qualification - including continental championships - were postponed because of the pandemic, and the International Weightlifting Federation (IWF) has been another IF to offer its full support to the new dates.

"Thanks to this decision, an important part of the uncertainty being faced by athletes with Olympic ambitions has now been removed", acting President Ursula Papandrea said.

"There is now a vast amount of work to be done, but we have already been so impressed by the work of the Tokyo Organising Committee of the Olympic Games, including the delivery of the successful weightlifting test event.

"In addition to our sincere thanks for that work, the IWF would now like to add its deepest gratitude to Tokyo 2020 for their willingness to take on the challenge of a rescheduled Olympic Games while also dealing with COVID-19.

“With the highlight of the summer of 2021 now established, the IWF will calendar its events accordingly", Papandrea added.

The Global Association of International Sports Federations (GAISF) welcomed the fresh dates, with President Raffaele Chiulli saying members were "very thankful" for organisers' determination for successful Games to go ahead.

"GAISF’s members stand shoulder to shoulder in their willingness to do everything they can to ensure that international sport resumes effectively as soon as it is appropriate to do so", Chiulli insisted.

"In a time of unprecedented uncertainty, one constant has been the willingness of the IOC and Japan to provide an exceptional opportunity for athletes to shine.

"For this, we are very thankful.”

The International Canoe Federation (ICF) said today's news was the "fairest" outcome but acknowledged that the Olympics will now clash with several of its events.

"We will continue to work with the International Olympic Committee to finalise the qualification events and dates for those quotas that remain unallocated," ICF secretary general Simon Toulson said.

"Moving events like the Olympics and Paralympics is never going to be easy, and it will provide headaches for all involved."

The Games will still be called Tokyo 2020, despite them taking place next year, and the places of athletes who had already qualified are secure.

World Triathlon President Marisol Casado, an IOC member, admitted that her governing body would have preferred earlier dates to avoid the heat.

Holding the Olympics in the Japanese spring was suggested before the summer dates were decided upon, but that would leave less time for the coronavirus pandemic to be brought under control.

"We have been working together with all the Olympic and Paralympic stakeholders in the last few days to find new dates for the Tokyo Games, and all the International Federations have unanimously approved this decision," Casado commented.

"Even though we would have preferred to move the Games to earlier dates, where the impact of the heat was a bit lower, we agreed that these dates are the best solution for all sports, athletes and IFs, and therefore support wholeheartedly the decision."

The ITTF hopes a resolution regarding qualification for Tokyo 2020 can be found by the end of next month.

Secretary general Raul Calin added: "With the new dates announced, and once we receive their guidance, we will work closely with the IOC and IPC, as well as with our Continental Associations and Athletes Commission to make the necessary adjustments to our qualification pathways.

"We do hope this process can be completed within April 2020 in order to give enough time to our stakeholders to adjust their planning."

"This announcement will enable us to best address the issues left open by the postponement of the Games by one year, starting with the Olympic places that have not yet been allocated," the Japanese said.

"We will focus our efforts on respecting the spirit of the Olympic qualification system as defined in the rules.

"We will ensure that events that had to be postponed can take place once this global health crisis is behind us and we will be absolutely certain that all conditions are met and guarantee the safety of all participants."

The International Shooting Sport Federation said it supported the proposal and added: "Given a very low probability that any qualification competitions would be held this season, the ISSF will address to the IOC with a proposal to leave unchanged the provision to allocate 12 quota places according to the world rankings (one in each individual event) as of 31st May 2020, which was stipulated in the qualification system approved in 2017."

International Equestrian Federation (FEI) President Ingmar De Vos said it was "really good to have the new dates agreed so soon", although it too will have to make changes to its calendar.

"Of course there will be an impact on the international calendar across all sports, and from an FEI perspective this includes four major European Championships, but we are already looking at ways we can minimise that impact.

"The remit for our discipline-specific task forces that are evaluating the impact of COVID-19 on the 2020 calendar has now been expanded to cover 2021 and now we have confirmed dates for both the Olympic and Paralympic Games, we need to explore possible alternatives for a number of major FEI Events, notably the European Championships in jumping, dressage and Para dressage, in Budapest, and the European Eventing Championships in Haras du Pin, France.

"This process will be started immediately."

In a statement, the International Golf Federation said it "commends the IOC and Tokyo 2020 for the swiftness of this decision".

It added it "believes these dates provide the best opportunity for our athletes to compete in a safe environment as well as enabling the Games to fit into the golf calendar for 2021, thus ensuring the best possible field for the Olympic Games."

Where the Games fit in the golfing calendar has been a contentious issue before, with world number five Dustin Johnson having ruled himself out of playing at Tokyo 2020 before postponement because he wanted to prioritise other events.

Meanwhile, International Union of Modern Pentathlon President Dr Klaus Schormann labelled today's announcement "the best possible outcome in the circumstances", adding he was thankful for the certainly it provided.

"We look forward now to finalising a qualification system that is fair and open to all athletes, and to providing the competition dates that will enable everybody involved in modern pentathlon to start making plans aimed at ensuring peak performance in August 2021.

"In the meantime I urge everyone in our global movement to follow the advice of their Government and relevant health authorities so that we can contribute as effectively as possible to the containment of the COVID-19 Coronavirus pandemic.

"Our world is united in a combined effort to rid the planet of this virus so that we can restore our normal way of life in education, business, society and sport."

"Athletes and coaches can now plan their preparations in full knowledge of the new schedule, which is very helpful."

More than 37,000 people have died as a result of the pandemic, with much or the world now operating in varying states of lockdown in an attempt to stem the spread of the virus.

Virtually all elite sport has been stopped as people are urged to practice social distancing.