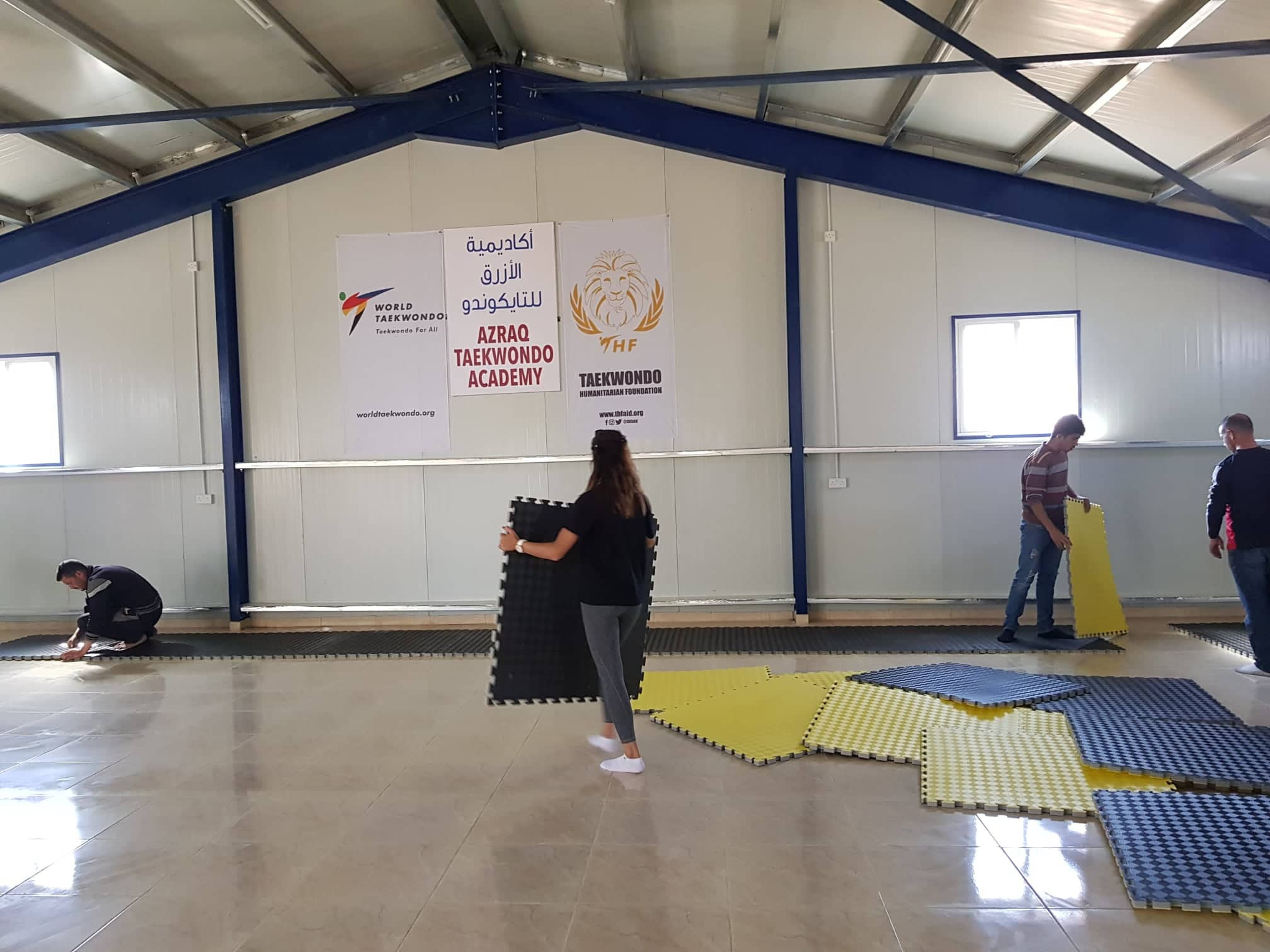 Students at the Taekwondo Humanitarian Foundation (THF) at the Azraq Refugee Camp in Jordan have been adjusting to life under lockdown due to the COVID-19 outbreak.

Among the athletes affected is Wael Al-Farraj, who is hoping to compete at Tokyo 2020 as part of the Refugee Olympic Team.

Al-Farraj became the Academy's first black belt holder in 2017 and is one of 37 hopefuls for the refugee team at the Olympics.

The Games have now been postponed until 2021 because of the outbreak with Al-Farraj now using lockdown to "maintain his fitness level".

He is also "still looking forward to the Olympics despite all the circumstances".

Elsewhere, the Sulaiman family, Rayan, Mohamed and Zeinab, are using their time for group training.

Othman and Reza are being taught how to paint with their father, who is an artist, and have painted the THF slogan.

"Families in the camp know it seems that there is no end in sight right now, but they are keeping hope." the THF said.

"They stay positive and start preparing for their future now.

World Taekwondo President Chungwon Choue announced the creation of the THF, which works to teach taekwondo to refugees and displaced people, in 2015.