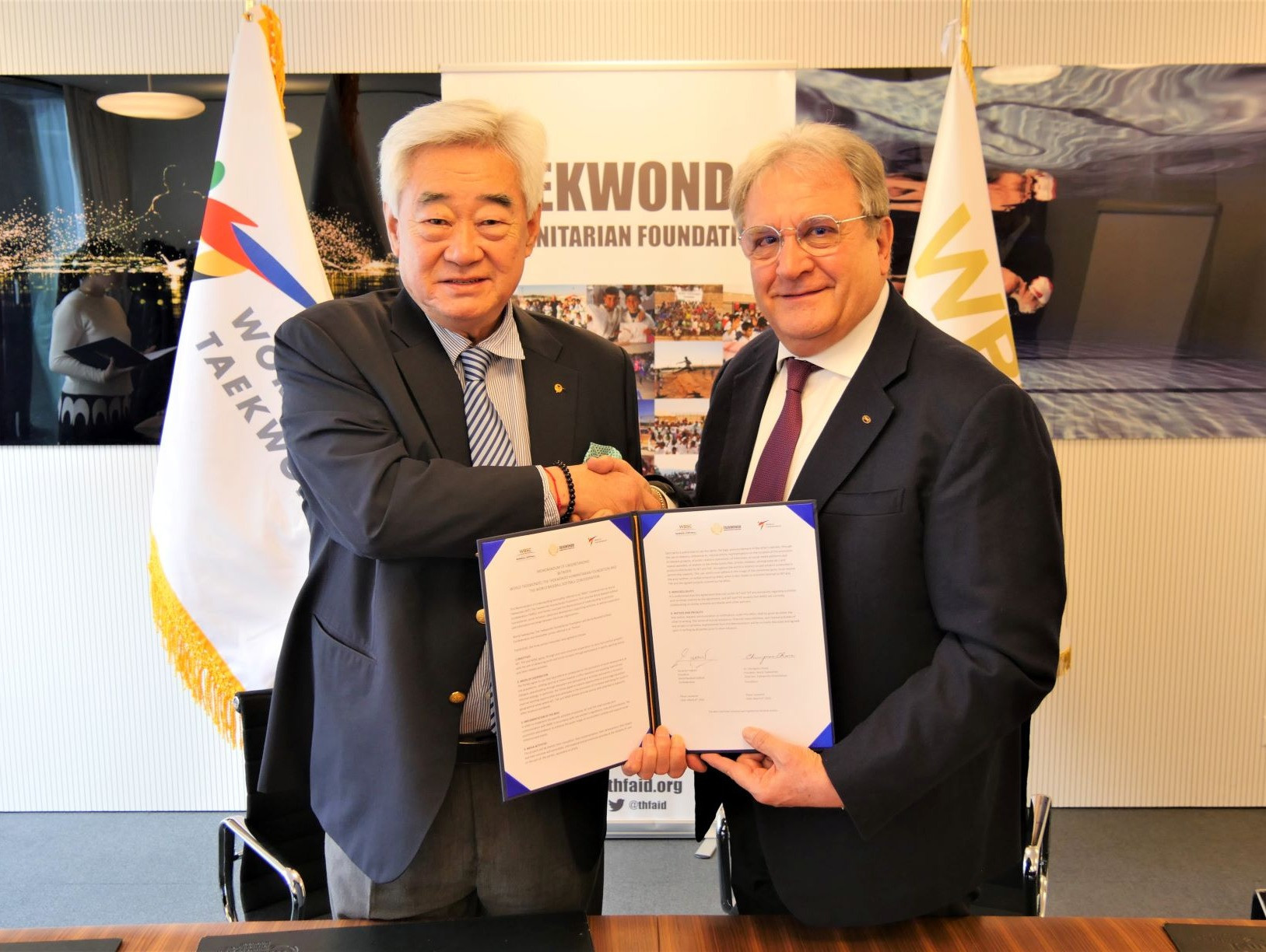 The Taekwondo Humanitarian Foundation (THF) and World Taekwondo have signed a memorandum of understanding with the World Baseball Softball Confederation (WBSC).

All three parties have pledged to "carry out common projects with the aim of advancing youth and social inclusion through participation in sports, sporting events and other related activities".

In particular, the organisations have agreed to explore opportunities to "encourage education" and "improve sporting opportunities", while they will participate in the promotion of increased well-being for young people in geographical areas where they already provide support.

The possibility to expand to other locations around the world is also part of the deal.

Choue announced the creation of the THF, which works to teach taekwondo to refugees and displaced people, in 2015.

Since then an academy has been built at the Azraq Refugee Camp in Jordan, with other projects up and running in countries including Djibouti, Turkey, Columbia and Rwanda.

"It is with great pleasure that World Taekwondo and the THF has signed this commitment with the WBSC," said Choue.

"All three of our organisations share a common belief in the power of sport to make a positive difference to the lives of young people in need around the world.

"It is therefore our responsibility to ensure we are realising our sports' potential to affect change and promote peace, social inclusion and development.

"We look forward to working with the WBSC to develop tailored programmes and activities that will bring real physical and mental benefits and help to shape young people into true global citizens."

The WBSC has already worked with refugees by taking their baseball5 format to the Zaatari Camp in Jordan, as well as other projects.

"At a time of growing social inequality and unrest, we at the WBSC believe more than ever in the power of sport to do good and heal divisions around the world," said Fraccari.

"And so we are honoured and delighted to be partnering with World Taekwondo and THF, in using our sports as a vehicle to promote peace, well-being and social inclusion in communities that need it the most.

"I commend World Taekwondo and THF President Chungwon Choue for his compassion and drive to help those who are most vulnerable and I look forward to using the values of baseball, softball and baseball5 to contribute to all of the great work the THF has already undertaken."

Baseball and softball join a growing list of sports to have partnered with the THF.

Deals have previously been struck with the governing bodies for judo, wrestling, table tennis, badminton, hockey, Muay Thai and sambo.