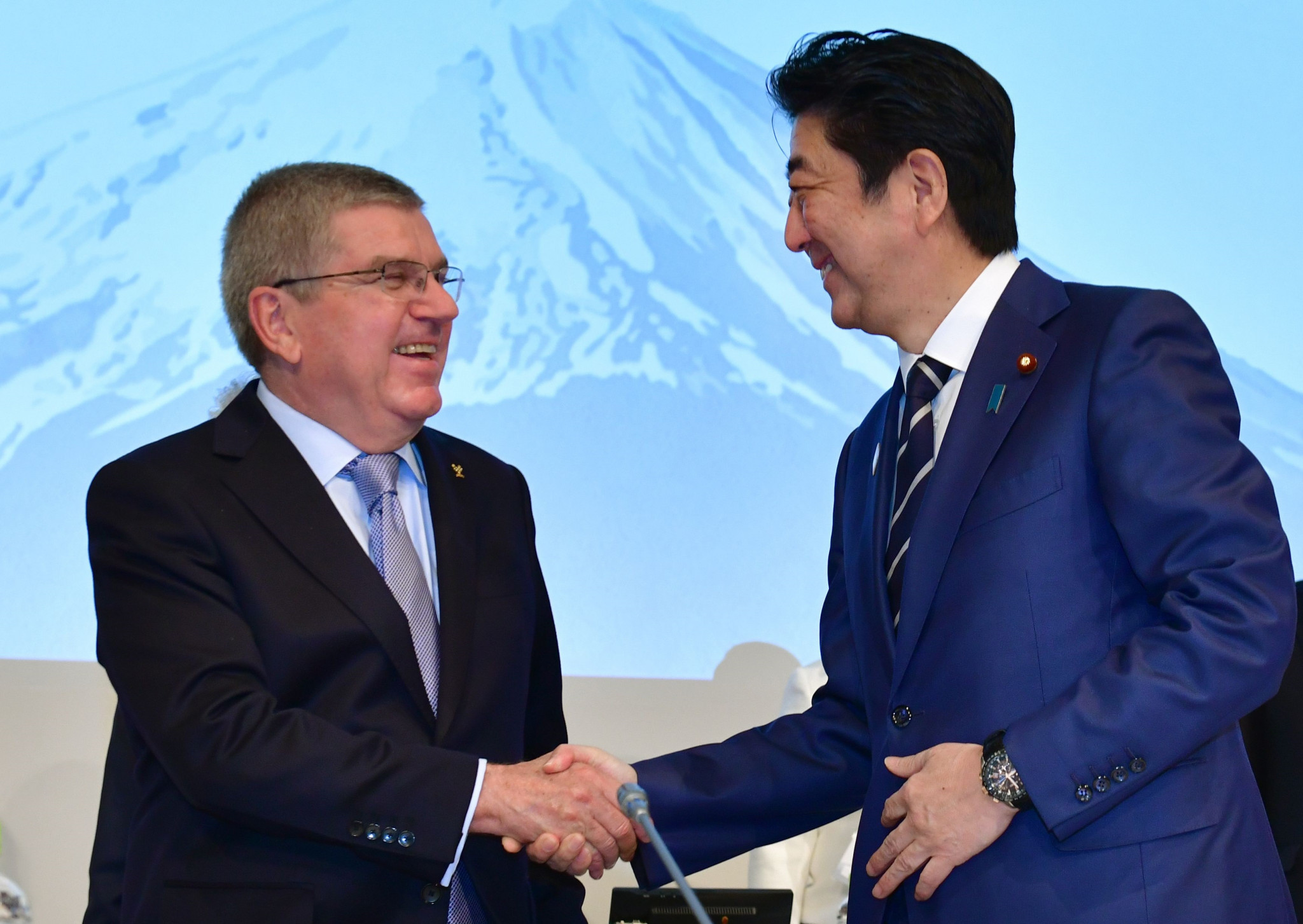 Japanese Prime Minister Shinzō Abe and International Olympic Committee (IOC) President Thomas Bach have agreed to postpone this year's Olympic Games in Tokyo until no later than the summer of 2021.

In a statement, the IOC said Abe and Bach concluded during a conference call that the Games must be rescheduled to a date beyond 2020 to "safeguard the health of the athletes, everybody involved in the Olympic Games and the international community".

It marks the first time ever that the quadrennial sporting event has been postponed, though it was cancelled altogether in 1916, 1940 and 1944 during the two World Wars.

Today's decision was based on information provided by the World Health Organization, whose director general Tedros Adhanom Ghebreyesus said yesterday that the coronavirus pandemic is "accelerating".

There are now more than 375,000 cases recorded worldwide and in nearly every country, and the number is growing by the hour.

The Olympic flame will remain in Japan and the name Tokyo 2020 will be used regardless of when the Games will be held.

The Paralympic Games will also be postponed until 2021.

On March 4, Bach claimed that postponing or cancelling the Games had "not been mentioned" after a meeting of the IOC Executive Board, but the situation has developed rapidly and led to today's historic decision.

"The leaders agreed that the Olympic Games in Tokyo could stand as a beacon of hope to the world during these troubled times and that the Olympic flame could become the light at the end of the tunnel in which the world finds itself at present," an IOC statement reads.

"Therefore, it was agreed that the Olympic flame will stay in Japan.

"It was also agreed that the Games will keep the name Olympic and Paralympic Games Tokyo 2020."

After his telephone talks with IOC President Bach, PM Abe spoke to the press and explained that the two have agreed that the Tokyo Olympic Games would not be cancelled, and the games will be held by the summer of 2021. pic.twitter.com/ihe8To2g3R

"President Bach and Prime Minister Abe expressed their shared concern about the worldwide COVID-19 pandemic, and what it is doing to people's lives and the significant impact it is having on global athletes' preparations for the Games," the IOC statement adds.

"In a very friendly and constructive meeting, the two leaders praised the work of the Tokyo 2020 Organising Committee and noted the great progress being made in Japan to fight against COVID-19."

Before the conference, Hashimoto called for the IOC to put athletes first.

"It's our hope that the IOC will listen thoroughly to the voices of athletes and take them into consideration in deciding when is the best time (to hold the Games)," she said, as reported by Kyodo News.

Today's news follows yesterday's claim by former IOC vice-president Richard Pound that Tokyo 2020 will be delayed until next year.

On Sunday (March 22), the IOC announced it would make a final decision on Tokyo 2020 in four weeks' time, but it has been under pressure to make a quicker decision.

The four-week window was expected to allow the IOC and Tokyo 2020 the chance to study different options regarding a postponement of the Games.

The IOC said the scenarios would involve either modifying existing operational plans, which would allow the go ahead on July 24, or changing the start date.

Its decision to delay Tokyo 2020 is certain to cause huge logistical and financial issues.

But the IOC had been under extreme pressure from athletes and National Olympic Committees over the fate of the Games due to the coronavirus pandemic.

Due to the escalation of the crisis, both Canada and Australia withdrew their athletes from Tokyo 2020 if it were to take place as originally scheduled from July 24 to August 9.

The AOC's President is Coates, another former IOC vice-president and viewed as a key ally of Bach.

The American, New Zealand, Swiss and Brazilian Olympic Committees were among others to call on the IOC to postpone Tokyo 2020.

The IOC had also come under pressure from International Federations, with World Athletics the most high-profile.

In a letter to Bach, seen by insidethegames, World Athletics President Sebastian Coe said Tokyo 2020 taking place as originally planned in July and August was "neither feasible nor desirable" amid growing international concern over the pandemic.

Coe cited competition fairness, the impact of the COVID-19 outbreak on training and the increased risk of athletes suffering injuries as the three main reasons why the organisation believed the Olympics should be postponed.