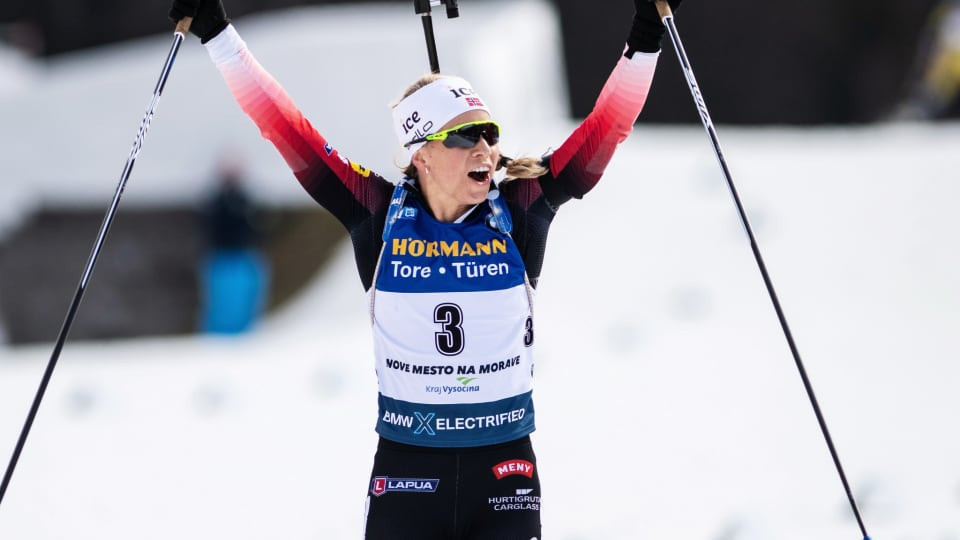 It was her seventh win of the season and her second in mass start competition.

"I was fast in the prone shooting but in the standing, I needed a little bit of time.

"I don’t have the confidence and I need to work those targets down, so I am very happy to have managed that today."

There was also success for Norway in the men's 15km mass start event, with Johannes Thingnes Bø coming out on top in 39:32.7 with three penalties.

Clean-shooting Emilien Jacquelin of France was 15.1 seconds behind in the runners-up spot, having been unable to keep up with Bø in the last loop.

Germany's Arnd Peiffer was 25 seconds back, with one penalty, in third.

"I am in good shape so I put in high speed from the start," Bø said.

"I think that is why I was missing something in the shooting range.

"I managed to hit five in the last standing.

"It was a hard fight with Jacquelin."

The penultimate IBU World Cup of the 2019-2020 campaign is due to take place in Kontiolahti in Finland from March 12 to 15.

The season will then conclude in Oslo Holmenkollen from March 20 to 22.