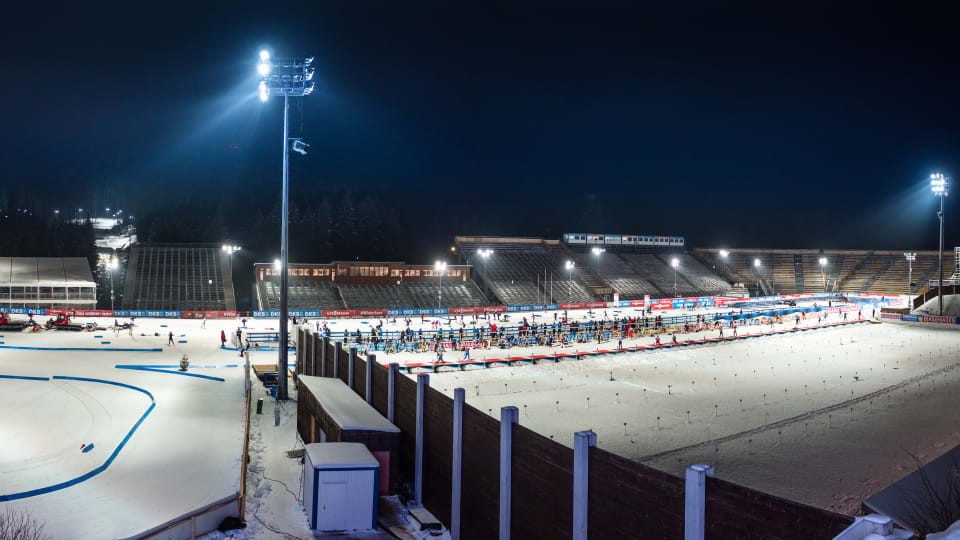 This week's International Biathlon Union (IBU) Wiorld Cup in Nové Město na Moravě in the Czech Republic has been closed to the public because of the coronavirus.

The IBU confirmed the event, due to begin on Thursday (March 5) and conclude on Sunday (March 8), would go ahead but would be held without spectators due to the outbreak of the virus.

In a statement, the IBU claimed the decision to close the competition to fans had been made by the Czech authorities amid concerns over the spread of the virus officially known as COVID-19, which has killed 3,130 people and infected more than 92,000 worldwide.

The Czech Republic has so reported five cases, three of which had all recently travelled to Northern Italy, and no deaths.

The decision to hold the World Cup behind closed doors has been questioned by French five-time Olympic champion Martin Fourcade.

A host of athletes arriving for the World Cup competed at the World Championships in Antholz-Anterselva in Italy last month.

There have been 2,036 confirmed cases of the virus in Italy, the most outside of China, South Korea and Iran.

"Czech fans will not be able to attend the events when there is no problem for the biathlon caravan to go there while we were all in Italy only seven days ago," Fourcade wrote on Twitter.

The IBU said it "regrets this year’s event will not be followed by the 100,000 spectators in the stands which make this a unique experience for our athletes".

"The IBU is in contact with the organisers and authorities to understand the details of this decision and to see if other stakeholders will be affected or further measures have to be taken," the world governing body added.

"The IBU has always said that it will follow any regulations and demands made by national authorities regarding the spread of the coronavirus.

"Thus, the IBU and the Czech Organising Committee will fully implement this decision."