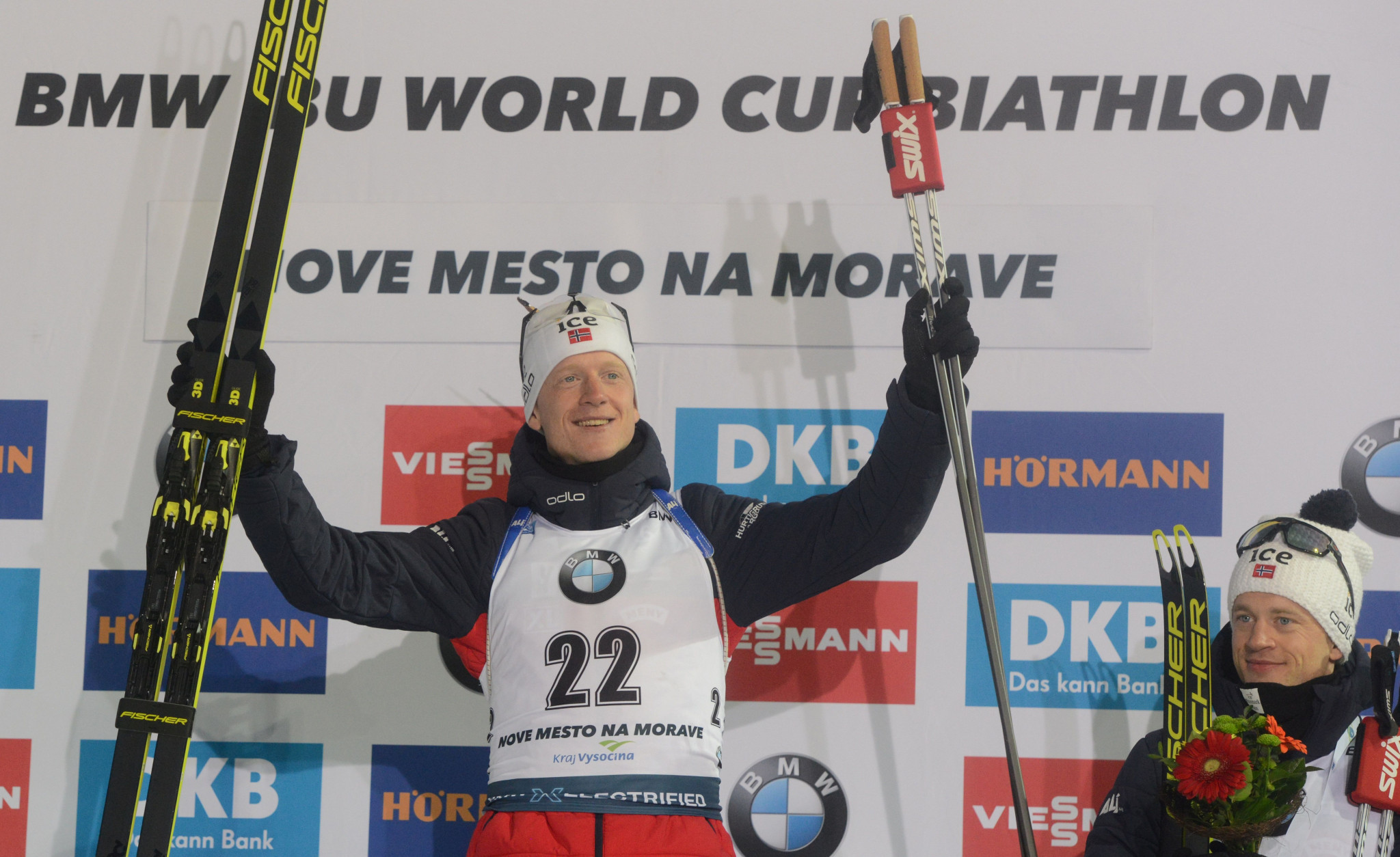 The clean-shooting 26-year-old led from the moment he left the starting gate until he crossed the finish line in the Czech town, triumphing in a time of 24 min 56.8sec.

As was the case in the men's 15km mass start event at last month's IBU World Championships in Antholz-Anterselva in Italy, France's Quentin Fillon Maillet was the runner-up to Bø.

He also shot cleanly and finished 22.8 seconds behind.

Bø's victory was his eighth of the season on the IBU World Cup tour.

"I had to be because Quentin was quite close."

He added: "I had a lead from the start.

"Like last year, I did what I could do best and finally I shot 10 in the sprint again."

Rounding off the podium was Bø's older brother Tarjei, who matched the top two on the shooting range, and ended up 1:01.1 off the pace.

Johannes Thingnes Bø is a further 16 points back in third place.

Action at the event, which has been closed to the public because of the coronavirus outbreak, is due to continue tomorrow with the men's 4x7.5km and women's 4x6km relays scheduled to take place.